Portlaw residents 'living in fear' due to burglaries 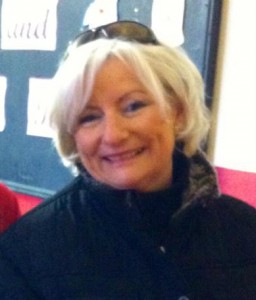 Portlaw residents are “living in fear” following a spate of burglaries, according to one local woman who plans to embark on a campaign to have the village’s Garda station re-opened.
Kathleen Stone has spoken of her shock following a recent burglary at her sister Mary Larkin’s house on Queen Street.
Three burglaries have occurred on the same street in recent weeks.
Mary returned to her home to find a pickaxe, hatchet, hammer and shovel in her bedroom where a safe had been hacked and emptied.
Many items of jewellery were stolen, including a sentimental family heirloom which had survived World War II.
Kathleen has expressed concern for her sister following the incident.
“She hasn’t been able to function properly since. People forget about the aftermath of an incident such as this,” she said.
Kathleen believes the burglars “hit the jackpot”, but it’s not just the financial loss that has upset the family.
She outlined the sentimentality associated with jewellery belonging to her mother and grandmother.
A platinum wedding ring which survived The Blitz in London, and which had been passed down through the family, was among the items stolen.
“That ring survived The Blitz and had to come to Portlaw to be stolen,” said Kathleen.
“My sister could have sold that ring at any time down through the years but she always kept it.”
Also stolen was a gold locket which included a photo of her mother and father which Kathleen described as “priceless”.
Kathleen says there is a wider sense of fear in the local community and expressed concern over the level of security in the village.
“I’m afraid to go out myself as I don’t know what I’ll come back to,” said Kathleen.
“People are afraid to go out for a walk or go to Mass. We’re just waiting for the next burglary to happen. I know of a woman who is sleeping with a knife and screwdriver under her pillow.”
Gardaí in Tramore are investigating the incident, but Kathleen has called for Portlaw’s Garda Station to be re-opened as she believes the lack of Garda presence in the village is attracting burglars.
“We need our Garda station to be reopened and we need a Garda in the village. We have been forgotten about,” she said.
Kathleen plans to embark on a campaign calling for Portlaw Garda Station to be re-opened and has already contacted politicians.
Meanwhile, new Central Statistics Office (CSO) figures show reductions in burglaries, robberies, thefts and criminal damage compared to last year.
In the Waterford Garda Division there were 136 recorded burglary offences, down from 225 during the same period 12 months previous.
However, these figures will be of little consolation to those who have experienced a burglary or a related offence.
Kathleen says dealing with the aftermath of such an event is just as difficult as dealing with the initial shock.
A substantial reward is being offered for the return of her sister’s jewellery.
Anyone with information is asked to contact Kathleen on 087-6801144