Teacher’s tips for Leaving Cert students and parents
The Leaving Certificate gets underway tomorrow (Wednesday) via English Paper 1, with candidates and parents alike set for a potentially stressful fortnight.
But, according to De La Salle College teacher Enda O’Doherty of Study Skills Ireland, there are ways and means available to ensure that an air of calm persists throughout Waterford’s ‘exam households’.
“The first things I’d say to parents is be positive,” Enda told The Munster Express in De La Salle on Wednesday morning last, as students chattily to’d and fro’d between classrooms.
“Encourage your young people and try to support them through this difficult time. Try to instil confidence in them, remind them of how much work they’ve done and how much time they’ve put in and remind them that this exam is not set out to find out what you don’t know: it’s designed to show what you do know, and what you do know amounts to so much more than what you think you don’t know so go in and show and what you know – focus on the good stuff that you can do, I think that’s really important.”
He continued: “If I was a parent of someone sitting their Leaving Cert, the one thing I would do is remind kids that it’s the start line: people build it up as a big thing, as a finish line and you’d understand if anyone sitting it had ‘I have to get to the finish line’ running on an internal loop. But like any finish line in life, whether it’s a marathon or even a 100 metre sprint, the final steps of any race are utterly exhausting because your brain, never mind your body, is anticipating that finish line. But what I try to do in an attempt to defuse the stress and anxiety for kids is to remind them that the Leaving Cert is a start line, and that this time next year, you’ll be doing first year exams in college, and you could be doing them for the four years after that as well. It may not seem like this right now, but the next week to two weeks is just another step.” 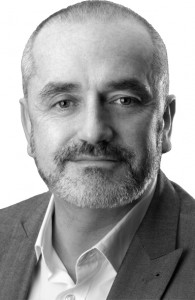 Parents must also do all they can to avoid transferring stress onto their children during the exam period, Enda O’Doherty noted.
“A lot of parents may have found their own Leaving Cert traumatic and when they’ve a child sitting an exam, it can trigger that stress and anxiety in parents when they find themselves re-examining their own experience so it’s just worth underling to parents that their son or daughter sitting the Leaving has enough going on themselves. You (the parent) might be climbing the walls, you might be stressed, you might be nervous but don’t pass it onto the kid. Don’t embark on what I’d describe as ‘negative nostalgia’, talking about the fella who fainted during the Maths exam, or talking about how you wished you worked harder or talking about how hard the Leaving Cert is. All those negative feelings, keep them to yourself until it’s over. Smile in their company: you can do the ‘Swan thing’ where your feet are frantically whirring beneath the waterline, but what the kids should see is a parent who is in control and happy.”
He added: “And if you see your child getting anxious, then take action. Do something. Go for a walk. Go for a swim. Hand them a hurley and sliothar, head off to the Comeraghs – it’s very hard to be stressed walking uphill, out of breath on a sunny day, looking out over the ocean. And just talk to them, ask them how they are feeling. Ask is there anything you can do. Alleviate pressure. Don’t let it silently build up. And there are simple things parents can do too, which can also help their children in the next week/fortnight. 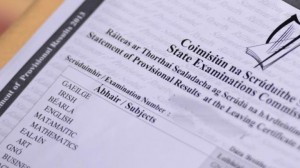 Said Enda O’Doherty: “When it comes to something like organising transport, change your routine slightly. Don’t go at the normal time, go earlier. And make sure you have a plan B. You know Murphy’s Law – if it can go wrong, it will go wrong – so if the car blows up like a circus car with the wheels flying off and confetti shooting out, at least know that ‘Maura’ is on standby this week or that you have a second way of getting in so leave earlier to ensure that your child is at the exam hall in plenty of time; there’s nothing worse than having a kid, during exam time, sitting in traffic, looking at the clock – you’ve already wound them up before they’ve the paper handed to them. So do all you can to reduce stress. When it comes to meals, if Mam’s Spaghetti Bolognese is their favourite or even if it’s battered sausage or chips, whatever is their favourite that week, for lunches or evening meals, that can be a nice way of alleviating some of the stress (levels).”
The immediate time spent in the wake of an exam is critical for students and parents alike in terms of how such time is both managed and handled, Enda added.
“Parents will want to ask how they did and you want to re-assure them but you don’t want a full post-mortem. If you see kids going to the exam papers and going down through marking schemes, the best thing you can do as a parent is advise your child to leave it, park it and move on. It’s done.”
And what of the time-honoured post-exam chat which classmates tend to engage in? “Avoid it and I’ve got a classic example why students should avoid it. I know a guy who came out of a Maths exam and asked whom he perceived to be the top student a couple of questions and he was told what the answers were. Now, the student he asked turned out to be wrong about the answers, and the student who’d asked the questions went home very disillusioned because he had failed Maths based on the opinion of the other student. And the next day, the disillusioned student went into French and walked out halfway through it, he hadn’t given it his best shot because as far as he was concerned, he was repeating anyway given how ‘badly’ Maths had gone. He came back that August for his results and it turned out his Maths was fine but he was repeating as he made a dog’s dinner of his French. But the good news was that he ended up having a friend to repeat with – the fella that he’d thought was brilliant at Maths! So post-mortems should be kept in the hospital: don’t over analyse the exam you’ve just emerged from.”