Home » Uncategorized » Pride in the young people of Waterford

Pride in the young people of Waterford 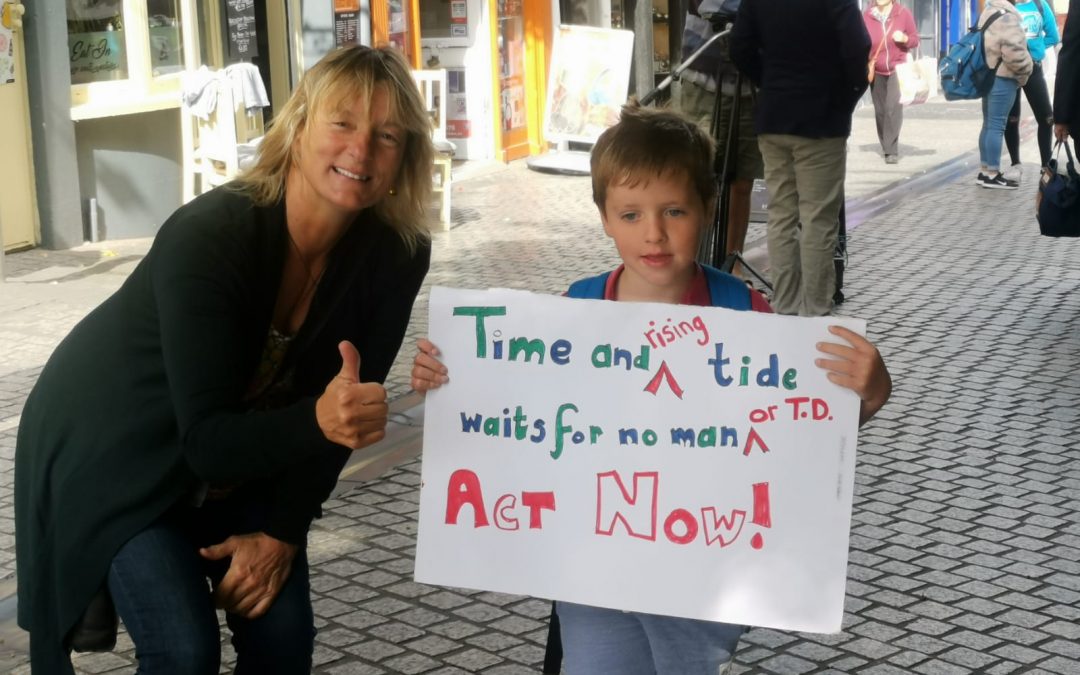 GRACE O’SULLIVAN
I’ve done a lot of reflecting over the weekend and to say I am proud and awed by the young people of Waterford, Ireland and the entire globe is an understatement. To think that the actions of one young woman, brave young eco-warrior Greta Thunburg, rippled into this mass global action is staggering and it gives me a sense of hope.
Over the weekend I saw some negative commentary about the student strikes which I found upsetting, cynical and unkind. Criticising the actions of these amazing young people seemed misguided and in my view people need to open their minds and realise the seriousness of what these international heroes are doing. Some commentary has been saying that it was all just a big joke, the chance of a day off. I wonder if those commentators were in the vicinity of any of the marches. What I saw in the young Waterford strikers was passion, depth of knowledge and conviction. 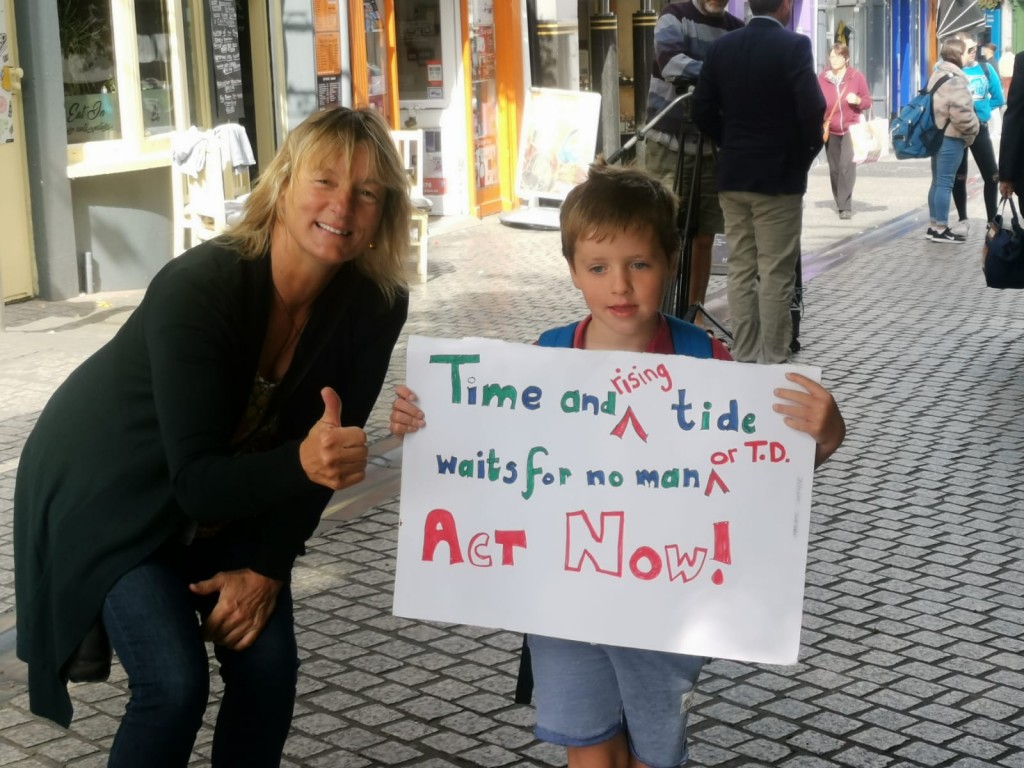 Grace O’Sullivan with a young protestor in Waterford.

If some youngsters didn’t really know what it was all about, they were in the minority. By the time they had listened, with dropped jaws, and heard the words spoken outside the Theatre Royal by many young leaders including Mary O’Donoghue and Isobel Tiernan, their knowledge was enhanced and their passion ignited. By the time they had joined in the chants led by young Amelie O’Kelly Brown, and followed behind Caoimhe Murphy and Josh Gallagher and the others who led the march from John Roberts Square, along the Quay and up to City Hall (where drivers respectfully drew their cars to a halt as the protests spilled onto the Mall) they knew exactly why they were there. I sat down with three of their young representatives in a meeting with the Mayor, who listened to their concerns and promised action. Action. Steps. Change. These are the ambitions at the heart of their protests.
The strikes of Friday September 20th 2019, were not deserving of petty, misinformed negativity. Friday September 20th, and the massive, youth-led global action that has such important work to do, was deserving of nothing, in my view, but absolute praise.
So what was Friday’s demonstration about? It was about creating a surge of citizen protest on such a scale that those with the power to make the scale of change that is necessary to allow these young people to survive into the future, will be compelled to listen and compelled to create change.
These are the voters and leaders of tomorrow. Many of them cannot vote now, but will be able to soon. The young people who carried banners, and spoke with panicked, desperate, heart-wrenching passion and conviction are more clued in to the imminent danger we are in, than the brain-washed generations who have been prepared to believe that we are safe, in the hands of the current powers-that-be at Government level throughout the world; the same powers-that-be, that are the pawns of earth-wrecking economically-focussed interests. These children get it. They understand that the skewed imbalance in favour of money over human and ecological safety must be tipped in favour of humanity and the planet if we are to survive.
The young people who took to the streets are our hope because they understand that they are cornered. They are doing what any cornered animal does when it knows its life is on the line. They are shouting for help; they are struggling for survival; they are fighting for their lives.
I’m not being melodramatic here. As an environment and peace activist I have been fighting too, for over 40 years on this issue. Sadly, science is backing up the validity of the young activists’ panic and fears. Science has been verifying that they are, in fact, fighting for their lives. It is stark, and it is startling, and it is terrifying to contemplate.
The children who took to the streets of the world on Friday were doing the right thing. In Ireland, while children were expressing their fears and demands for their future survival, our own Taoiseach was instead opening a newly refurbished airport runway. Talk about timing. The irony was not lost on me.
I met many heroes last Friday who left me speechless with awe and admiration. I call on all adults to stand beside them and give them support, encouragement and reassurance. Many young people are sad and worried. Listen to them. And do something to show your support by taking concrete action – by joining groups that promote national and local change. Demand that the powers-that-be help your children to survive and live through their childhoods with the reassurance that they have a future. Remember that there is a general election coming soon and ears are atuned when votes are at stake.
The science says we have just 11 more years to turn this around. The science is correct.
Act now. Before it is too late.