Race is on for Déise’s Dáil seats 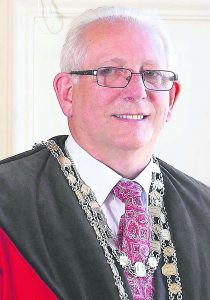 Cllr Joe Kelly had announced his intention to seek a Dáil seat but subsequently withdrew from the race.

Meanwhile, Cllr Joe Kelly (Ind) had announced his intention to seek a Dáil seat at the weekend.He was first elected to Waterford City Council in 2004 for Sinn Féin. He lost his seat in 2009 before winning it back as an Independent in 2014. He retained his seat in last May’s local elections.
However, speaking yesterday (Monday) Cllr Kelly said he had reassessed his decision and had decide he would not proceed. Earlier in the week, current Minister of State John Halligan announced his retirement from political life. He was first elected to the Dáil in 2011 and retained his seat in the 2016 General Election. Current Fine Gael TD John Deasy and current Fine Gael Senator Paudie Coffey have both announced that they will not be seeking re-election.