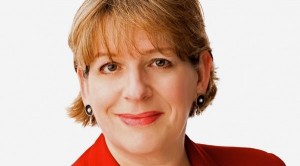 The last time I lived in rental accommodation was in 1986, just before my husband and I bought our first home in Dublin. The only time before that date that I lived in an family-owned home was 1968, and then, for just the previous six years.
Home ownership was not for us, but my family’s story would not be untypical for many generations of Montrealers, at least not up to the early 1990s, before the onset of ‘condo-ization’ of apartment buildings and new builds.
Metropolitan Montreal (as opposed to its suburbs) still has a very large rental community and remains Canada’s most ‘European-like’ city.
Home ownership, until the first wave of cheap credit that began to sweep the western world in the 1990s, was mainly the preserve of better off professionals, the managerial class and very often, ambitious, extended immigrant families willing to get onto the property ladder quickly, no matter the neighbourhood. Big families like ours were content to rent.
One of the tempering effects to widespread home ownership in Montreal wasn’t high prices but high property taxes, which remain to this day and were exasperated by grand (and grandiose) building projects that began in the 1960s and peaked with the bankrupting folly of the 1976 Olympics.
But the long tradition of home rental – at one time over 70 per cent of its citizens were tenants, including my grandparents for most of their lives as well as my parents – also ensured that there was a long tradition of varied properties and flexible leases that served Montreal’s large and eclectic mix of working people, immigrants and students.
Regulation was never as strict as tenant’s advocates wanted nor as liberal as landlords always prefer.
But the strong supply of property, owned and managed by a mainly professional landlord class meant that disputes were settled not just by the city’s regulator, but by the market: a landlord that ignored his tenants’ complaints, allowed a building to deteriorate or raised his rent beyond the market norm, lost business and tenants quickly. Rent control was reserved for city owned, social housing tenants.
I write all this as a response to the Government’s publication last week of the 117 page Action Plan for Housing and Homelessness.
The section on the rental sector is far shorter than it should be, but makes a start at identifying complex, key issues: especially the immediate and obvious need for more supply, diversity and variety of rental properties, suit everyone from students and young single workers, to childless higher earners. The report recognises that families are going to be raised in apartments and more older people and pensioners are going to need – and want – to downsize their existing homes, owned or not for rental accommodation that also suits their needs.
As this lengthy report shows, there is plenty of regulation of the rental market, but it isn’t comprehensive enough, nor efficiently enforced. Sorely lacking is a basic, standard requirement for rental certainty, which is not the same as rent control.
Montreal’s tenancy success centred on the flexibility of lease-holds and landlords: as a student I never signed anything but an annual lease because I lived on an uncertain income. But my parents, responsible for housing (and educating) their five children, my grandfather for many years and assorted pets, signed typical four to five-year leases.
When we were very young, they signed a 10-year lease that was broken in year eight when they bought their one and only house in a distant suburb.
(Home ownership was not a success and we returned to a spacious, modern, city centre apartment overlooking Montreal’s skyline with utility rooms, a rubbish shoot, parking, a heated pool and Metro access, a doorman and a ‘super’ who kept the place spotless and did minor repairs.)
Security of tenure – including remaining a sitting tenant when a property is sold or foreclosed, professional landlords, and a wide selection of affordable properties that genuinely reflect demand and what people can afford, even the poor, is what has always made Montreal such a liveable place.
That the bulk of full-time rental properties are unfurnished is another big difference between what is normal in most other vibrant renting communities and here.
Only having furnished properties to choose from not only increases the cost of renting, but it discourages a sense of a place being your actual home, and not just someone else’s property and who’s mortgage you pay.
Over 20 per cent of the Irish population now rents their home. Home ownership has fallen below 70% here and according to the report, the average income-to-rent ratio, while very high at 40% in Dublin, averages at a reasonable 23 per cent in the rest of the country.
Millions of Europeans (and Canadians) have lived and raised families and retired in rented accommodation. Millions of Irish people will end up doing so too some day.
* A copy of the Action Plan for Housing and Homelessness is available via www.rebuildingireland.ie
Do you have a personal finance question for Jill? Please write to Jill Kerby, The Munster Express, 37, The Quay, Waterford or by email to jill@jillkerby.ie