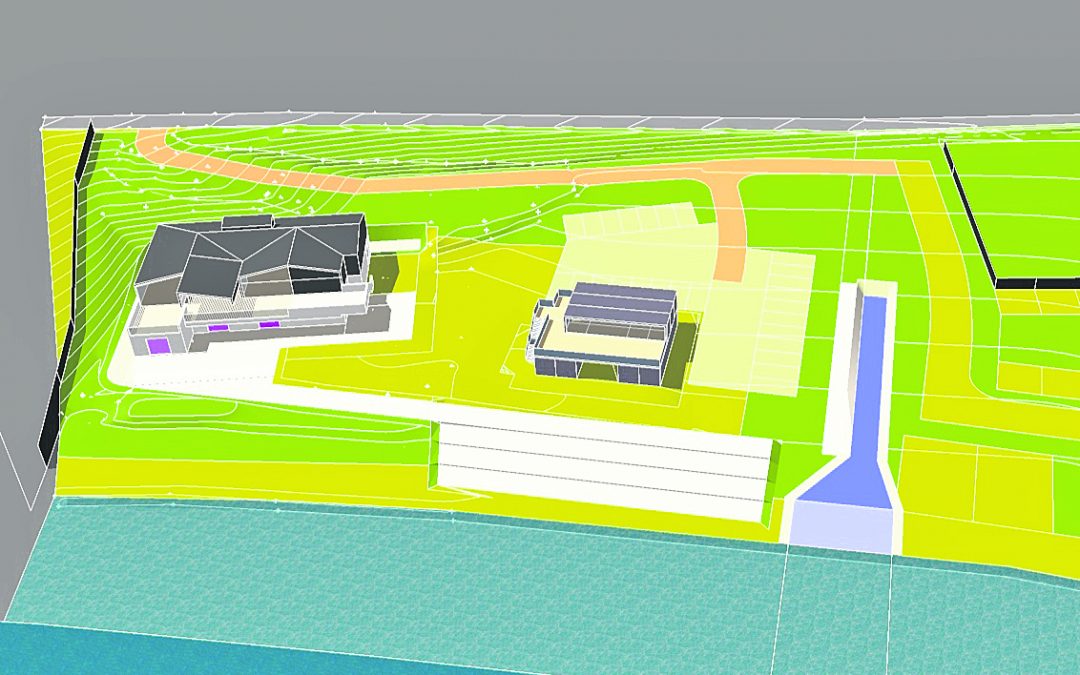 Deise Boat Club and the Waterford Dragon Boat clubs are coming together to organise a special boat club on the river at Bilberry. The whole project could take a few years and funding will be in the order of €750,000.

Cllr. Eamon Quinlan had been in contact with them and officials in the Council are supportive too.

The location is very close to the beginning of the Greenway. The new boathouse will be two storey and the plans show a well-built structure with storage space. A GoFundMe page is also being launched, as there is a 20 per cent requirement for local club users.

They will also be hoping for corporate sponsorship and assistance. Waterford Transport have offered some older containers for storage as the project gets underway.  The idea is to have a community boathouse to launch rowing boats and dragon boats on the river. No kayaks at this point but a kayak club could emerge later.

This part of the river just before the Iron Bridge is rather calm as Stephen Ryan of the Deise Club pointed out. The area will be cordoned off so no swimming is anticipated as the river can have strong currents in places. Improved road access may be needed and some parking will be included in the plan.

We went down to look at the scene and were delighted to see it and the plan, located just close to the iconic Red Iron Bridge, lately made famous by the Jim Nolan play. It would be nice to see it newly painted but that is another story, as Irish Rail have jurisdiction there. You can also see the new toll bridge, TF Meagher Bridge, further up river and Granny Castle, opposite there is old Smurfits and Gouldings plant.

The boathouse location also has an industrial feel as it was formerly a fertiliser plant in the late 1800s, when guano was imported there from South America. This was later processed and exported in what would today be a dirty industry. Today there is illegal dumping in the area. On a parallel road to this area that also has the dog pound is the Waterford Greenway. 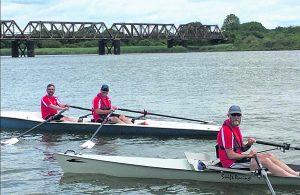 Rowers pictured on the River Suir with the Red Iron Bridge in the background.

The Boathouse rowing club is now awaiting registration, which can be slow in this Covid period. They call themselves the Red Iron Rowing Club and will have their own insurance and sporting rules, under Sport Ireland. The club is a non competitive one and is more for leisure, many other rowing clubs are competition oriented,  but for them it is leisure.There are similar shared boat club examples in USA, Canada, NZ and Australia.

They are delighted to ally themselves with the Dragon Boat club who have two large boats and over 50 members.

The Deise Boat Club have 5 boats , one quad two doubles  and singles. Stephen Ryan and Declan Purcell mention Henry Moloney on the council on being helpful and Cllr. Eamon Quinlan. Others to assist were Michael McGrath of Cloghernagh and Sean McLoughlin, engineer, who did the drawings. As we concluded our outdoor social distance conversation with the enthusiastic boat men, Declan and Michael Purcell, Brendan Condon and Stephen Ryan, we looked out at the river and could see how their fine ambition could be realised.

They also plan to have a rescue power boat there. Of course there is also the river rescue boat too as part of  the plan with training once covid is over and also training of new members is also planned, again a covid delay.

“This is one of the most ambitious initiatives out there, working to reimagine a 1000 year old relationship by placing the River Suir back at the heart of the City. This is an opportunity to develop a multi group water campus to finally crack our ambitions around delivering a Blueway to complement our Greenway. It is hoped it will, in time become a hub of water-based sport, recreation, enterprise and tourism on the River Suir. The area will need capital financing of a million euro. The groups involved have already made applications under the sports capital grant funding scheme but I feel the Council need to shortlist this endeavour in our next round of URDF funding. A fund that has already financed the North Quays and City Centre rejuvenation so this would complement funding already assigned. The Deise Community Boating Group are prepared to put their money where their mouth is and fundraise substantial amounts over years to contribute. This is a locally driven project and would be a perfect partner for Waterford Council to achieve many of its development goals in the coming years.”