Muintir na Tíre calls for further measures against repeat offenders
Rural crime, and the potential of criminality in isolated areas remains a deep-rooted concern for elderly residents, particularly for those living on their own, according to the Chief Executive of Muintir na Tíre.
And last Tuesday night’s aggravated burglary at the local shop in Clonea Power offered an unwelcome reminder of the persisting dangers facing older residents.
Speaking to The Munster Express, Niall Garvey said that horrific attacks, including the murder of Paddy Lyons in Ballysaggart last February, in addition to similar incidents in the Midlands offered sad reminders of the threats that persist in rural communities.
“While the CSO figures tell us that rural crime is not increasing – it’s fairly static – the fact is that there are still these high profile cases which cause fear for people, and particularly for elderly people, living on their own, in isolated conditions in the countryside,” he stated.
In its New Year messsage, Muintir na Tíre (which administers the Community Alert programme in partnership with the Gardaí) also stressed that positive anti-crime measures have been taken from a community development perspective. 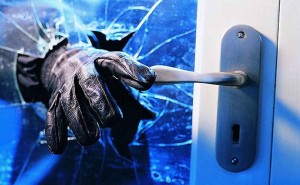 Criminal activity in rural areas remains a source of huge stress and concern to elderly residents living in isolated communities, according to Muintir na Tíre.

But as National President Michael Sweeney stated: “Elderly and vulnerable people are leaving their homes because of this fear. We must take a stand against this.”
With approximately 1400 Community Alert groups running nationwide, including a revamped CCTV programme, Muintir na Tíre continues to meet the Gardaí and with Department of Justice officials in a bid to boost resource levels in the fight against rural crime.
“Now we’ve had some success on that front over the past year,” said Niall Garvey, “but the reality is that even if you doubled the size of the Garda force, you’re not going to have a Guard in every village and every townland and that’s why we’re appealing to communities, while they’re waiting for such improvements, to do what they can to help themselves”.
For the full text of this story see this week’s print edition of The Munster Express