Dermot Keyes
Senator Grace O’Sullivan has taken issue with claims made by an already declared General Election candidate, who has criticised Waterford City & County Council for housing Syrian refugees at the expense of locals.
Replying to a statement made by Renua’s Lee Walsh (see more on News 8), Senator O’Sullivan claimed Mr Walsh was “completely missing the point”.
She added: “If he has a problem with a lack of public housing in Waterford, then his problem should be with the Fine Gael government – a Government the founder of his party, Lucinda Creighton, was a senior figure in. It is wrong and completely unacceptable to scapegoat vulnerable Syrians for the lack of public housing in Waterford.” 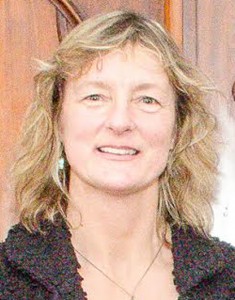 Senator O’Sullivan continued: “The Syrian refugees are people – mothers, fathers, children – who have been through horrors we can’t begin to imagine. Mr Walsh’s comment that these refugees should be dealt with in their own country shows a shocking lack of compassion and understanding, especially given the context.
“There are more Irish citizens living abroad than foreign citizens living here in Ireland. If other countries were to reject our emigrants, as Mr Walsh is proposing we do to these Syrian refugees, our housing crisis would be significantly worse. I’ll continue my work on the Oireachtas Housing Committee seeking real solutions to this crisis. Scapegoating refugees is not one of them.”