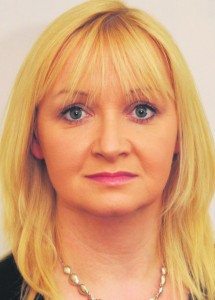 FURTHER concern has been expressed over the drop in IDA site visits to Waterford by prospective foreign investment companies.
At the February plenary meeting of Waterford City & County Council, Cllr Mary Roche (Ind) highlighted recently released figures which show that the number of IDA site visits reduced from 31 to 17 in 2016.
She described this as “a phenomenal drop”.
Cllr Roche was speaking after pointing out the lack of information in relation to economic development activity in the monthly Manager’s report which was presented to Councillors.
“Reading the Manager’s report, you’d think there was nothing going on in economic development,” she said.
“I certainly hope it doesn’t reflect what may or may not be going on, particularly after we had an economic development meeting last week. Even though we met for close to four hours, we still hadn’t covered in my opinion, even half of the issues that need to be discussed as a Council.”
She added: “The report is meant to be a reflection of what’s actually going. I sincerely hope that what’s in the report isn’t a reflection.”
Cllr Roche said there are very important issues in relation to economic development currently facing Waterford City.
She asked if representations would be made to the IDA in relation to Waterford’s drop in site visits and also sought information on a replacement for Anne-Marie Tierney-Le Roux who is vacating her position.
In response, Director of Economic Development Lar Power assured Cllr Roche that there is a lot happening in relation to economic development in Waterford.
“We don’t want to bore you every month with the same thing,” he said.
“You will appreciate that the North Quays takes up a huge amount of our time, and we find that the report of what’s taking place is quite similar every month.”
He said Waterford City & County Council is continuously seeking to attract increased IDA site visits.
He added that the Council is “anxious” to have Ms Tierney-Le Roux’s vacancy filled as soon as possible.
Cllr Roche asked that Waterford City & County Council write to the IDA highlighting the need to fill the position.
* Speaking to this newspaper last week, Cllr Eddie Mulligan (FF) said it was “vital” that Ms Tierney-Le Roux’s successor was in place “as soon as possible”. He added: “We heard radio reports recently stating that IDA figures are continuing to drop so you’d have to wonder has there been a slight eye taken off the ball during Anne Marie’s transition and I would like to see her successor named so that Waterford, as Ireland’s fifth city, can find a fresh impetus and a renewed commitment on the IDA’s behalf to increase the employment numbers here in this city, as the south east’s economic hub. We’ve had West Pharma arriving here; we as a Council have big plans for the North Quay where would hope in time, to have 5,000-plus people working across a range of industries, including Information Communication Technology (ICT) and financial type jobs on that site once it’s developed, which is vital for the future advancement of the city, and that’s why we need good IDA backing to help bring more FDI into the region, particularly in the post-Brexit environment.”