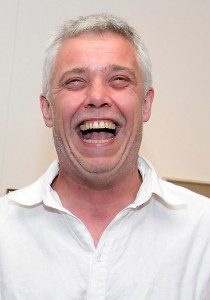 SPRAOI will have to wait a little longer until it finds out if extra funding has been granted by Waterford City & County Council in recognition of their 25th anniversary.
This year’s festival takes place throughout the streets of Waterford on August 4th, 5th, and 6th.
At the February plenary meeting of Waterford City & County Council, Cllr Cha O’Neill (Ind) pointed out that at a previous meeting, during a discussion on grants for festivals, it had been proposed to allocate extra funding to Spraoi in recognition of their special anniversary year.
“We said that if any festival funding wasn’t taken up, we might be in a position to instead give that funding to Spraoi for their anniversary,” he said.
Cllr O’Neill pointed out that the Waterford Truck & Motor Show, which had been allocated funding, is moving to Kilkenny for 2017.
He asked if this funding of approximately €8,000 could instead be transferred to Spraoi – a proposal which was seconded by Cllr Lola O’Sullivan (FG).
“At the last meeting, we collectively wanted to give extra money to Spraoi. I propose that this is allocated tonight,” said Cllr O’Neill.
However, Cllr James Tobin (FF) proposed adjourning the discussion until the next plenary meeting.
This was seconded by his party colleague Cllr Tom Cronin.
Cllr Jim Griffin (SF) said he had also planned on proposing what Cllr O’Neill had already suggested.
He said the decision should not be postponed, and suggested that Cllrs Tobin and Cronin should have “done their homework” if they wanted this funding to go elsewhere.
In response, Cllr Tobin said he hadn’t been aware that the funding was not being used by the Waterford Truck & Motor Show, and assured Cllr Griffin that he was very good at his homework.
A vote was taken on deferring a decision until the next meeting with 15 voting in favour of deferring a decision and 12 voting against.
Spraoi will now have to wait until the March plenary meeting of Waterford City & County Council to hear if it has been allocated extra funding for its anniversary celebrations.
Speaking after the vote had taken place, Cllr Damien Geoghegan (FG) said he abstained as there was a “certain element of being pounced into making a decision.”
“But at the same time, it was acknowledged at last month’s meeting that if there was money left over it would be given to Spraoi,” he said.
Mayor of Waterford City & County Cllr Adam Wyse (FF) said it wouldn’t have been “best practice” to decide on the funding allocation “on the spot”, and agreed that it would be best to wait until the next meeting to make a decision.