Michelle Clancy reports
Allegations that State employees may have acted in a criminal manner when placing vulnerable individuals with a foster family in the Waterford area are to be investigated by senior Gardaí. 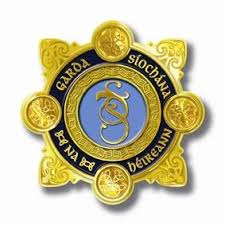 Garda Commissioner Nóirín O’Sullivan has ordered an investigation following complaints by the Dáil’s Public Accounts Committee that a young woman, known as ‘Grace,’ spent 13 years in the foster home despite it being the subject of allegations of horrific sexual and physical abuse.
The PAC has also referenced the HSE’s receipt of historical information on the foster family from UK authorities.
Waterford TD and PAC member Deputy John Deasy (FG) welcomed the news from the Garda Commissioner, adding that it was necessary that the people responsible for what allegedly happened in the foster home accounted for themselves
GARDAI TO INVESTIGATE HEALTH SERVICE STAFF
Claims vulnerable adults left in foster care, despite concerns.
A State commission of inquiry into the HSE’s handling of abuse claims at the foster home is also looking likely, after it emerged at the weekend that at least one other highly vulnerable adult was allowed to continue living there for four years after ‘Grace’ was finally removed in 2009.
‘Grace’, who has profound intellectual disabilities and is non-verbal, was first placed at the foster home when she was 11 years old. She lived there for 20 years, during which time she was allegedly subjected to a litany of abuse, including rape with implements.
Her family claim her internal organs were damaged to the extent that her lifespan has been shortened. ‘Grace’s’ case was the subject of the 2010 Conal Devine report, one of two HSE-commissioned reports into allegations of abuse at the foster home. Neither of these reports have been published. There have also been three separate Garda investigations into the claims.
Approximately 47 children and adults with severe intellectual disabilities were placed at the home from the 1980s onwards. Concerns first arose amongst social workers, doctors and families about possible abuse around 1992 and the HSE previously stated that it stopped all new placements to the home in 1996. However it remains unclear why ‘Grace’ was left at the foster home for a further 13 years.
During a radio interview with RTE last Sunday, HSE director general Tony O’Brien revealed that there had been further placements at the foster home after ‘Grace’s’ removal, including some on a private basis.
At least one other young woman with serious intellectual disabilities was left at the foster home until October 2013 – 21 years after concerns first emerged amongst health professionals. She was removed by her family, after the HSE contacted them to advise them of the possible dangers at the foster home.
The Waterford Intellectual Disability Association has confirmed that it contacted the HSE in 2009 seeking assurances that families involved in private arrangements would be protected.
Minister for Primary Care Deputy Kathleen Lynch said on Friday last that, when she made enquiries about the foster home in April 2014, she was assured that no further placements had been made following Grace’s removal. “The critical question of why this young vulnerable person was left in the foster home until 2009, even though the most serious concerns had been raised about her, remains the central issue,” she stated.
Following the weekend’s revelations, Minister Lynch said serious consideration should be given to establishing a commission of inquiry into the case. But she added that no decision would be made until after a report is received from Senior Counsel Conor Dignam, who was appointed last year to examine earlier investigations into the case.
“It is important to note that the Devine and Resilience Ireland reports, once published, may answer some of the questions that currently remain unanswered. The ongoing Garda investigation since 2010 has prevented publication of these two reports. It has not, however, prevented the HSE from implementing the recommendations in the Conal Devine report including a national foster care audit, which is welcome.”
Inclusion Ireland CEO Paddy Connelly said the fact that a second woman remained in the foster home in a private capacity did not take away responsibility from the HSE.
And he expressed concern that the HSE had not provided adequate support for the children who had been in the home, and their families, following their removal.
A separate controversy surrounding the case arose last week, when the Dáil’s Public Accounts Committee (PAC) accused the HSE of lying about making an apology to ‘Grace’ last December. The HSE has now admitted that no official apology was issued to the woman.
Mr O’Brien is to appear before the PAC on Tuesday to discuss the issue of the apology and the handling of the woman’s case. He said he had asked the HSE’s social care division to look very carefully at the accusations so it could “get to the bottom of it” and give a comprehensive answer to the committee.