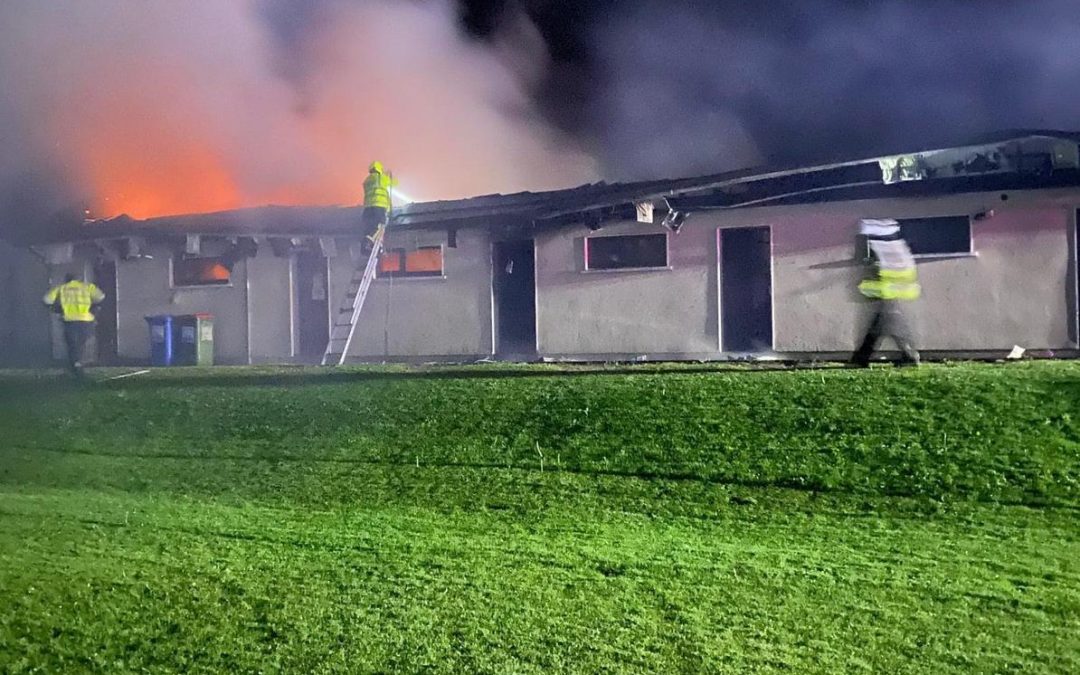 Gardaí are investigating a ‘devastating’ fire which has gutted the premises of a soccer club in West Waterford.

The fire at Brideview United’s grounds broke out at approximately 3:15am Monday morning and tore through the dressing rooms, before emergency services could bring it under control in the early hours. No injuries were reported as a result of the incident.

A Garda spokesman said they are investigating the fire which occurred in the Townparks East area of Tallow and that the scene is currently preserved for technical examination. No arrests have yet been made. It is understood that the alarm was raised by a local woman, whose ‘prompt actions’ may have
saved the entire building, the club said.

The club said that the flames had ‘completely destroyed’ the gym, dressing rooms and referee’s room at Leonard Fraser Park. 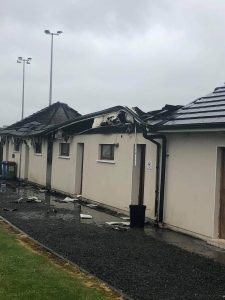 “We are very sad to break the news this morning that our changing rooms at Leonard Fraser Park were gutted by fire in the early hours. The gym, dressing rooms and referees’ room are completely destroyed, thankfully the new extension seems to be unaffected.”

Local councillor John Pratt (Labour) said that the fire was desperate to see.

“It’s just devastating, and it is terrible that this is happening at a time when clubs are only coming back. It’s a massive loss to the area.”

He added that fire services deserved praise for preserving the main building and believes locals will rally around the club over the coming months.

“We’re a strong community and I have no doubt if needed people will stand up and fundraise to help the club through this.”

The club further urged people not to go near the scene and thanked local firefighters and the Lismore Fire Station for their work at the scene.