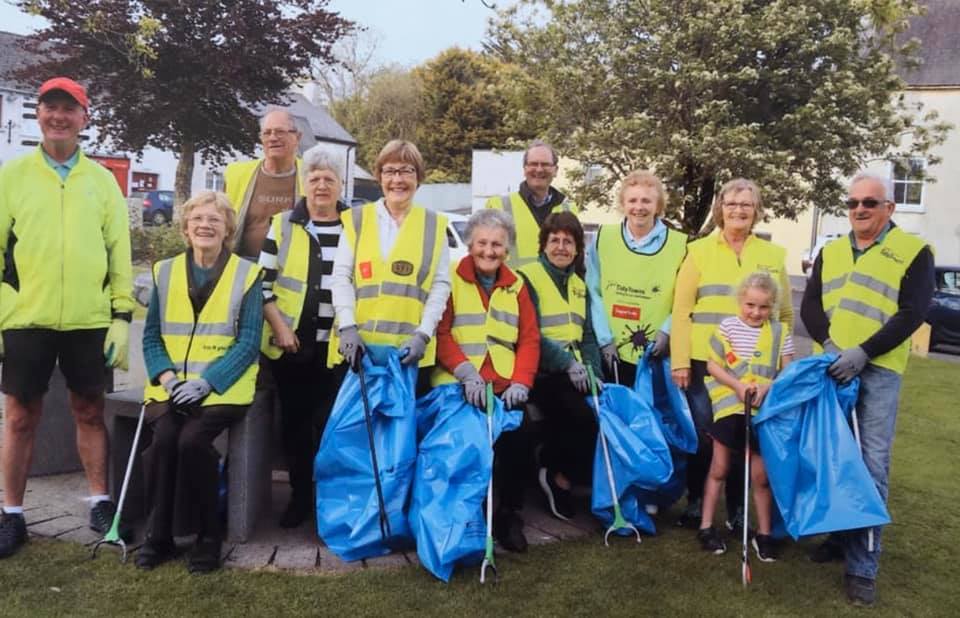 Stradbally, County Waterford is celebrating attaining a gold medal in the SuperValu Tidy Towns competition – a medal which was initially incorrectly awarded to Stradbally, County Laois. The results of the 2019 competition were revealed last week at The Helix in Dublin, with Glaslough in County Monaghan taking the overall top award.
Lismore was named as the only Gold Medal winner in County Waterford, with Ballymacarbry, Ardmore and Dungarvan receiving Silver and Tramore obtaining Bronze.
Although Stradbally received the overall County award for Waterford with an impressive 342 points, the Copper Coast village was notably absent from the list of medal winners.
Instead, Stradbally’s hard earned Gold has been incorrectly attributed to Stradbally, County Laois.
The blunder was brought to the attention of organisers following last Monday’s event, who confirmed that the County Waterford village was the intended recipient of the Gold Medal. Stradbally won Gold in the Entente Florale competition in 2002 but this is the first time the picturesque village has achieved a gold medal in its proud 37-year involvement with the Tidy Towns competition. 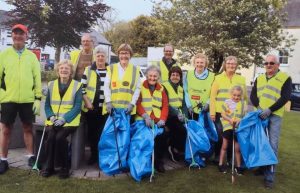 Members of Stradbally Tidy Towns pictured during a recent clean-up in the village.

Assistant Secretary with Stradbally Tidy Towns Margo Crowley said all involved are delighted with the result but disappointed at the circumstances under which the Gold Medal was obtained. As Stradbally has won 18 silver medals for the past 18 years, Margo she knew that the village couldn’t have suddenly disappeared from the list of medal winners. This year, Stradbally had in fact increased its overall tally by 12 points – finishing just four points behind overall winner Glaslough on 346 points.
In contrast, Stradbally in County Laois had a final tally of 307 points.
Margo said the comprehensive report on Stradbally was very positive and all involved are delighted with such an impressive result given that this year’s competition saw a record 918 entries. In a statement to The Munster Express, a spokesperson for the Department of Rural and Community Development, said: “Stradbally in County Waterford was awarded a Gold Medal in this year’s SuperValu TidyTowns competition. However, the results booklet inadvertently identified Stradbally in County Laois as the Gold Medal winners. Both Committees were made aware of this error as soon as it came to light. The official version of the results booklet will be updated to correct the error. The Gold Medal will be presented to Stradbally, County Waterford at a regional TidyTowns award events in the coming months.”
The statement added: “The Department of Rural and Community Development appreciates the efforts of both TidyTowns Committees in working to improve their respective local areas and apologises for the mix-up which occurred in this case.”