Home » Uncategorized » Strong local support on show for the Haven

Strong local support on show for the Haven 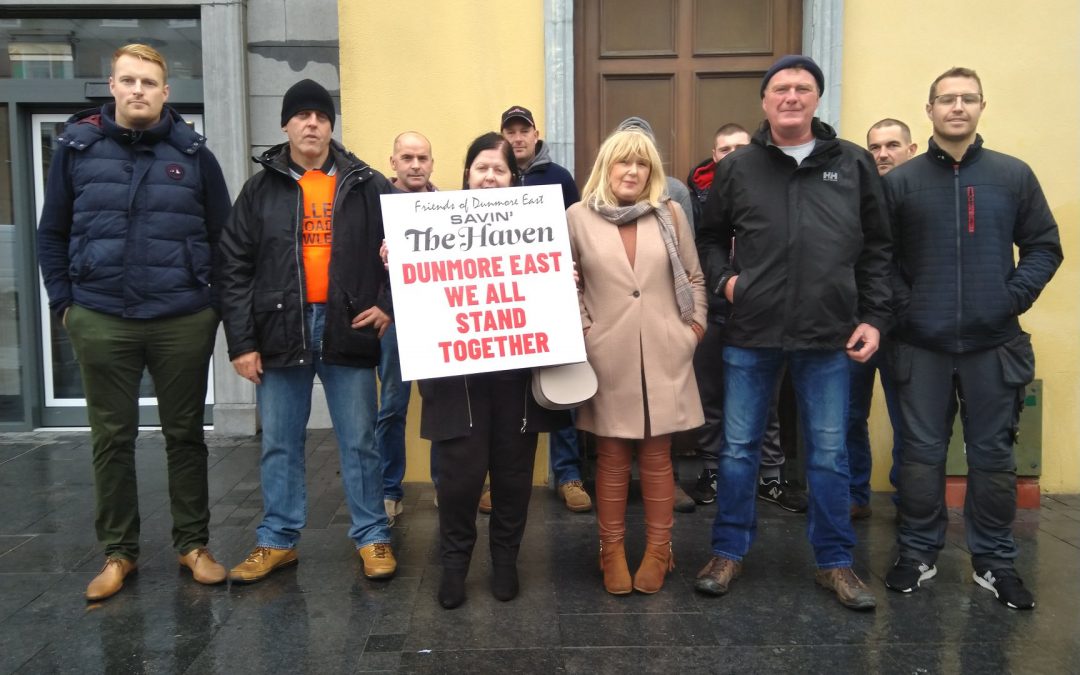 Eoghan Dalton Reports
As many as 100 people turned out for a demonstration outside City Hall in support of a Dunmore East hotel last week.The ‘Save the Haven’ gathering organised by the Friends of Dunmore East group was a show of solidarity with the Kelly family who own the Haven Hotel.
The protest came about after the local authority refused planning permission for the marquee in front of the hotel. The 330sqm marquee can seat up to 250 guests for weddings and other events. 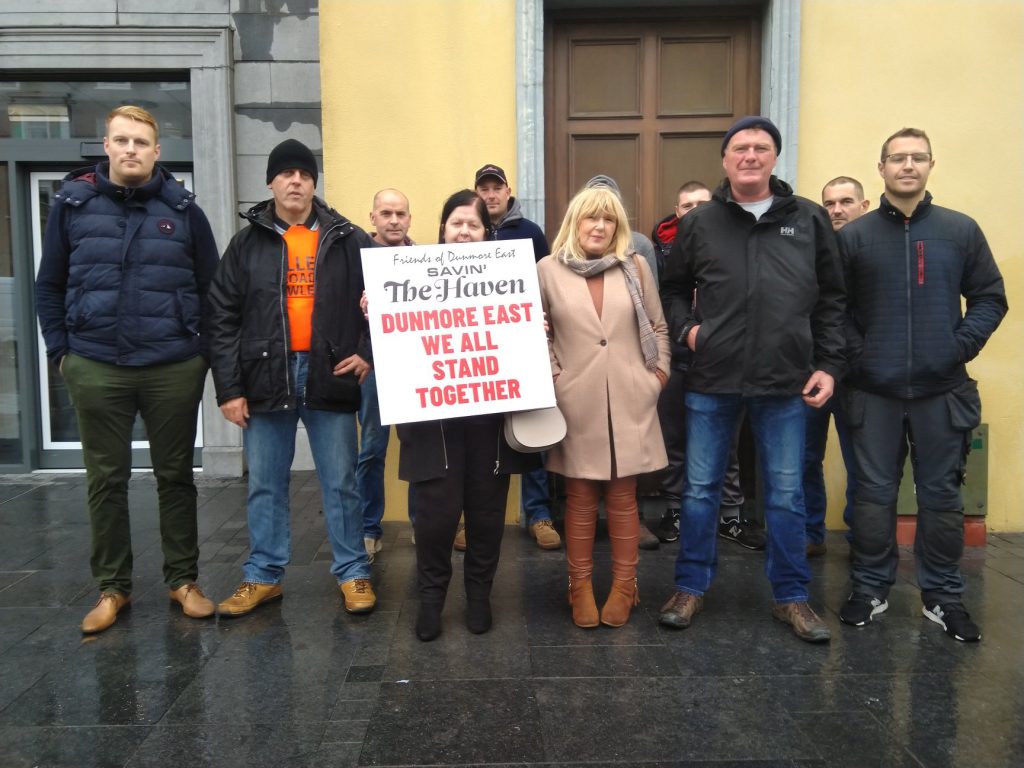 Members of the large group which gathered outside Thursday’s Council meeting at City Hall to show support for The Haven Hotel, Dunmore East.

Last month Waterford City and County Council ruled that the marquee had a negative visual impact on the protected hotel building as well as being out of character with development in the area.They highlighted the noise disturbance to existing neighbours as well as the lack of car parking spaces to cater for the additional guests.
Submissions in support of the marquee included a petition signed by locals, guests and visitors which was 101 pages long as well as letters of support from 24 businesses and 37 individuals.
One of those among the gathering at City Hall, Martina O’Dwyer from Tir na nOg Bed & Breakfast in Dunmore, said the Haven has helped changed the village.
“They’re bringing a lot of tourists, a lot of families who are spending money in the village. People have to remember that five years ago there was no business, people were losing their homes and hotels in Dunmore. Now, we see an improvement in our income, we see shops and other industries opening like the fish shop in the harbour.”
In relation to noise complaints, she said she and many other locals accept that there will “always be a certain amount of noise” coming from the hotel, however she said that music stops at 11.30pm. Barbara Hutchinson has lived in Dunmore East all her life and runs Sommerville Bed and Breakfast. She said her daughter who lives in Abu Dhabi travelled back to Dunmore to have her wedding in the Haven.
“A load of people came over for the wedding,” said Barbara. “They rented out holiday homes, stayed everywhere for over a week. That was great business for the village due to the wedding in the Haven.”Another local, Richard Finnegan, said the Census has shown Dunmore East to be one of the fastest growing villages in the South East. “The Haven has expanded its business portfolio to deal with the weddings and the different stakeholders,” said Richard, who is a member of Gaultier GAA Club which he said also benefits from the hotel.
“We’ve a number of our younger kids who get seasonal work there, that get casual work at the weddings and christenings and at the different events that happen at the Haven. If the marquee was to be taken away those jobs would go as well and those kids wouldn’t have the pocket money.”Richard added that anyone working in the village can see first-hand the impact that the Haven has on Dunmore.
While several of those present expressed their disappointment and dismay at a radio interview in which local Councillor Pat Fitzgerald (SF) said he couldn’t see the City Hall gathering helping matters, others felt it was may have acted as a motivator and driven up the final turnout.
Cllr Fitzgerald has said the matter is with the Council’s planning office – but has insisted he supports the Kelly family and the hotel.
His Sinn Féin colleague, Cllr Jim Griffin (SF) said the turnout was a “great show of solidarity and great show of support for the Haven”. He added: “In this instance people just wanted to speak out a bit louder and say this is something we can’t do without in Dunmore East.”
The Kelly family is set to apply once again for retention of the marquee to the local authority.
Cllr Griffin said the matter has caused Paul and Karen Kelly “enormous stress”.
“There are wedding bookings going into 2022 and we don’t want to leave anyone down.”
It is hoped that the new application will lead to a resolution, said Richard Finnegan: “There’s been recommendations made and the Kellys are going with a new application. So we just want to show the Kelly family that we’re very much behind them. Not all the residents or all the locals are objectors. Hopefully they’ll take on the recommendations from the Council and we’ll let the Council do their body of work from here on in.”