Students strike for the planet outside City Hall 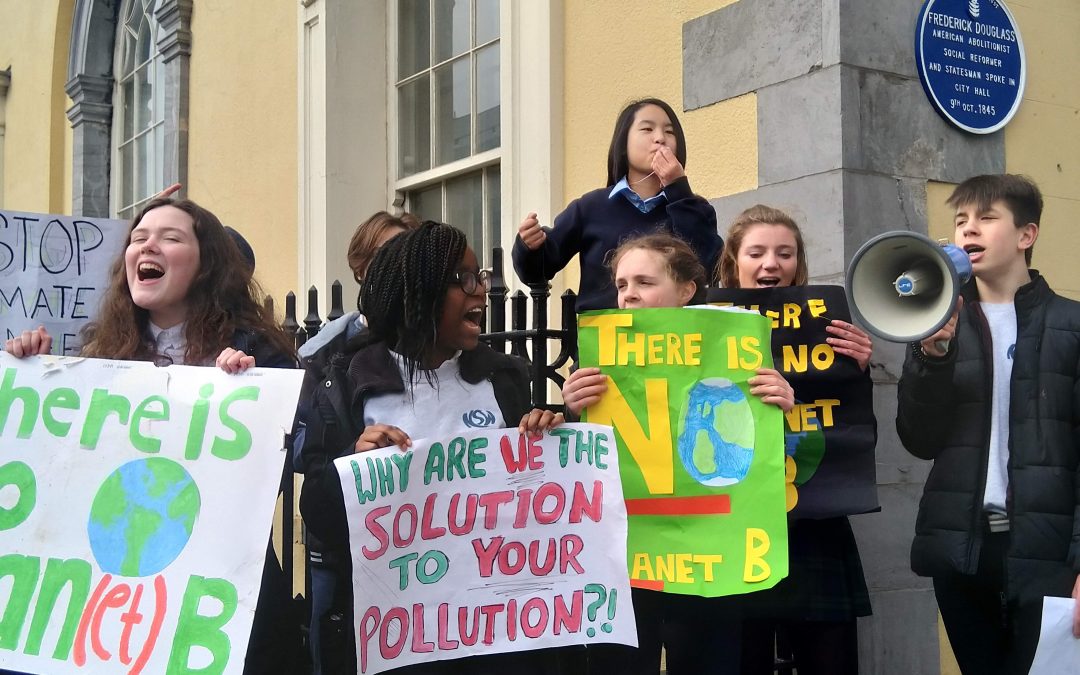 Eoghan Dalton Reports
Students from Newtown School followed in the tradition of the city when they took to the streets as part of the global School Strikes for Climate Change last Friday morning. Over 30 of the school’s students, drawn from all years at the school, marched on the council offices at City Hall on The Mall. The teenagers were met at the offices by students and parents from other schools which were closed for the day, including the city’s Educate Together. Newtown staff members who joined in included Mary Kelleher and Jean O’Carroll. 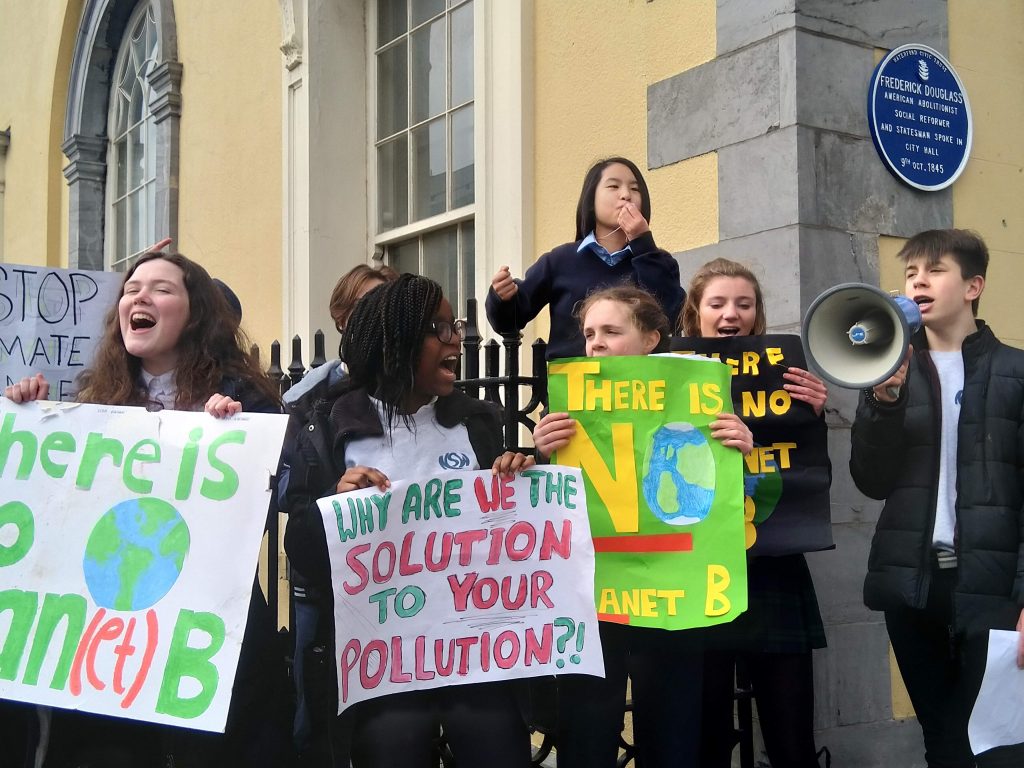 The protests were organised mainly through social media thanks to a group called Fridays for Future Ireland.
Chants included “The climate is changing so why aren’t we?” and Climate change is not a lie, do not let the planet die”, as well as “No more coal, no more oil, keep your carbon in the soil”. Third year student Arthur Puskin led the chanting, shouting “When our under planet is under attack, what do we do?”, which was met with the response: “We stand up and we fight back.”
They had gathered under a plaque outside the council offices dedicated to the American abolitionist Frederick Douglas speaking at City Hall in 1845. The students marched back to the school after midday, receiving beeps of support from passing motorists along the way. Among the protesters was fifth year student Maura Carroll, who told this newspaper that the students felt compelled to take part: “We want our planet to stay alive, there is no plan B. This is the only plan that we have.”
This was echoed by one girl’s placard, which said: “There is no Plan(et) B.” Another placard called for “Policy change, not climate change” while one asked “Why are we the solution to your pollution?”
Ms Carroll hoped the protest will only be the first of many. “We want change, we need it,” she said.