Eoghan Dalton Reports
There was no breakthrough on the cards surrounding the upcoming temporary closure of the cath lab as of yesterday evening (Monday).UHW consultant cardiologists were to set out detailed contingency plans for all patients who would normally attend the cath lab with this plan to be completed by the first week of August.However, discussions remain ongoing between the hospital and the consultants according to a hospital spokesman.Patient management details are also still being arranged. There remains a fear that heart attack patients will have to travel to Cork during normal operating hours when the cath lab is closed. 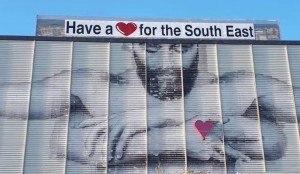 The single cath lab at University Hospital Waterford is to close to allow maintenance work and equipment upgrading take place.Last month, the hospital said that funding of €850,000 had been secured to carry out works on the existing cath lab.The hospital further said in recent weeks that  the single lab was not in danger of closing to patients without contingency plans in place for patients.Rather than the closure lasting as long as 12 weeks, as previously mooted, it could be roughly half that.Waterford politicians were told at the time that will take up to seven weeks to order and deliver equipment for the lab – but this will not be done until alternatives are arranged.
It was agreed between the South/South West Hospital Group and UHW that this work would not commence nor would any equipment be ordered until a number of issues were finalised.The company providing the new cath lab equipment must also provide a detailed schedule for this work.The closure has come in for sustained criticism by politicians and campaign groups.Meanwhile, the Health Equality for the South East group has pointed to roadworks at Lemybrien and along the N25 as being a major worry for patients.
It made the comments in a Facebook post which noted that the cath lab was closed to emergency patients yesterday (Monday).