TCR FM Goes Off the Air

TRAMORE Community Radio (TCRfm) is to cease broadcasting.
In a statement posted online on Friday last, a spokesperson for TCRfm said: “Due to serious ongoing issues, it has been decided that the station will have to close from today. On behalf of the Board and staff we would like to thank everyone who has been a part of this station and who have supported it in so many ways over the years. Thanks to all our listeners both here in Tramore but also from all around the world. You truly have meant everything. A very sad day.”The station went off-air on Friday evening last.
The Munster Express understands that funding issues are a significant factor behind the decision. 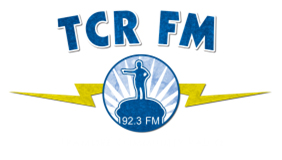 A further statement is expected shortly. TCRfm, which was established in 2009, was a registered not for profit organisation, run by volunteers and overseen by a Board of Directors representing the wider community of Tramore. The station, which was based on Queen Street, Tramore, operated on several temporary 100 day FM broadcast licenses issued by the Broadcasting Authority of Ireland (BAI) and also via the Internet. Its broadcasting schedule featured a wide variety of programme types including nostalgic music shows, news bulletins, current affairs discussions and lifestyle programmes.