ANOTHER chapter in the history of Passage East ended on Friday last with the closure of the village’s post office.
Ann Carey, postmistress for almost 30 years, was joined by family and friends as she retired shortly after 5pm on March 1st.
Despite inclement weather conditions, a large contingent of well-wishers from Passage East and the surrounding areas gathered to thank Ann for her years of service to the village and to wish her a long, happy and healthy retirement. Ann, who is originally from Cheekpoint, has been responsible for the operation of the post office since September 1st 1990. 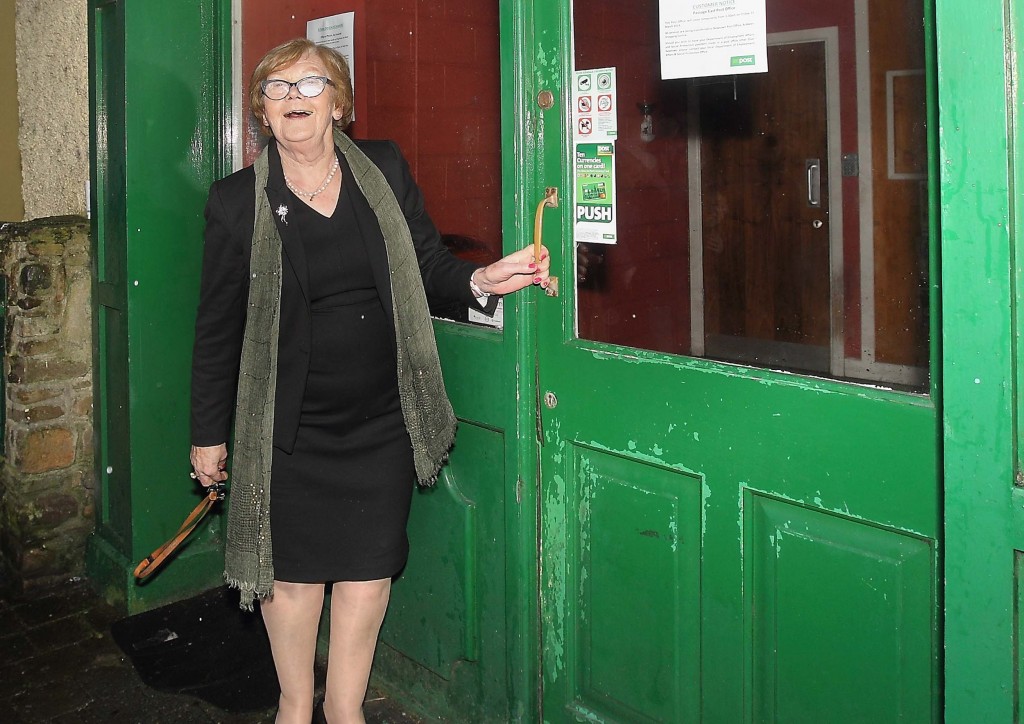 Never keen to call herself a postmistress, Ann was known to all in the locality simply as ‘Ann in the post office’.
Ann, who regards herself as a ‘people person’, says the post office was a great meeting place down through the years and a place where people could have a chat or share a worry.An Post sought to retain the post office in Passage East, however Ann says attempts to re-locate the office to another location within the community have proved unsuccessful.
Pat Cremin, Operations Manager with An Post, presented Ann with a Cúchulainn Statue to mark her retirement as she finished-up on Friday.
A get-together to commemorate Ann’s retirement was then held in the village’s community centre after the door to the post office had been closed for the last time.Mayor of Waterford City & County Cllr Declan Doocey (FG) was present along with fellow Councillors including Ann’s daughter Cllr Sharon Carey (FG) who was co-opted onto the Council last November in place of her late father John. Mayor Doocey and Michael Leechmere, Secretary of the Passage East & Crooke Development Association, spoke to the gathering to offer best wishes to Ann and to thank her for her many years of service to the community in the post office.
A presentation of a bouquet of flowers and inscribed crystal was then made to Ann on behalf of the community and all the local village organisations.The closure is the latest in a long line of post office closures in the locality and represents another reduction in the services of East County Waterford. Ann says she will miss the people and the banter but is looking forward to a new chapter in her life.