Kilmeaden Post Office closure to be appealed
AN POST’s decision to close Kilmeaden Post Office is to be appealed.Huge opposition to the closure was expressed by many who visited the post office on Friday last.
Dissatisfaction with An Post was also expressed when it emerged some customers could not avail of the transactions they were seeking.
A committee was originally formed in the summer of 2017 to fight the closure when news of a potential threat to the future of the local post office first emerged.
A huge crowd of concerned locals attended a meeting in Ballyduff Community Centre and more than 800 names were sent to An Post as part of a petition expressing opposition to the closure of the post office.
A door to door leaflet drop was carried out in the local area to encourage people to use their post office.A subsequent meeting was held in Ballyduff this summer.
Members of the committee will now appeal the decision as they believe their local post office is in a “unique position”.Postmasters and postmistresses wishing to retire were offered a voluntary severance package.An Post said there would be no compulsory closures and gave postmasters and postmistresses until July 31st to signal their intentions on the matter. However, many were left with no other option but to accept the packages which were being offered by An Post.
The current postmaster in Kilmeaden Bobby Byrne had decided to take the exit package which was offered by An Post. 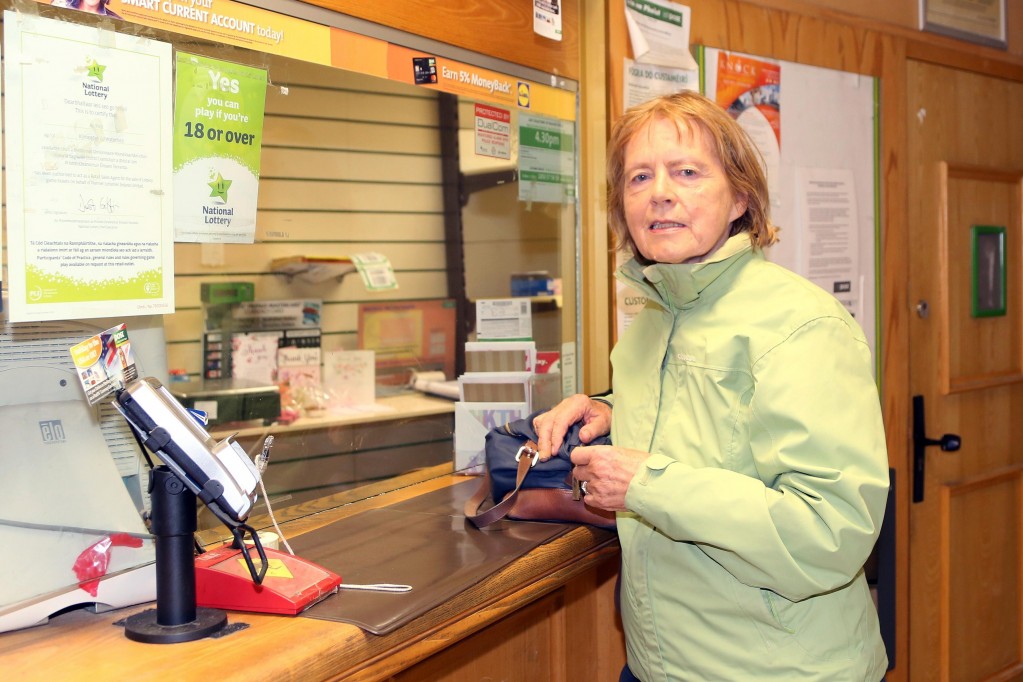 Locals have wished him well and thanked him for his years of service. However, Donal Hickson, who has taken over Centra Kilmeaden and is already a postmaster in another jurisdiction, had expressed his interest and willingness in taking over the Kilmeaden Post Office. However, this was not deemed an option as Kilmeaden Post Office is now classified as a Grade B Post Office and a Grade B Post Office cannot transfer its management. Cllr John O’Leary (FF), who has been leading the campaign to save Kilmeaden Post Office along with his party colleague Deputy Mary Butler, criticised An Post who he said were “out of touch” with rural Ireland.
He pointed out that the Kilmeaden Post Office deals with customers from throughout a wide catchment area including Kilmeaden village itself along with Ballyduff, Bonmahon, Dunhill, Kill and Butlerstown.
An Post lists the nearest alternative post office for Kilmeaden as being Lisduggan which is 8.4km away and suggests customers can also use Portlaw, Cleaboy, Barrack St, Ballytruckle, and Gracedieu.While the majority of displaced customers from Kilmeaden are likely to use city post offices such as Cleaboy and Lisduggan, Cllr O’Leary is encouraging people in Kilmeaden and the surrounding areas to support the post offices in Portlaw and Kilmacthomas as he says these could also potentially be under threat in the future.“An Post will keep tapping away at the network,” he said. Cllr O’Leary said important revenue will be lost from the area and also highlighted the ongoing broadband issues which affect rural Ireland.“On one hand, the Government is investing in villages but then they are taking away something that’s crucial to the survival of the area,” he said. He is calling for Fianna Fáil to demand that An Post’s decision be overturned and wants this made a pre-budget stipulation.
Cllr O’Leary says it is especially disappointing to see the post office close given that Kilmeaden is “on the up”.
He pointed to the success of the Waterford Greenway, the Waterford & Suir Valley Railway, a potential development at the Kilmeaden Village Centre along with ongoing hopes for the future of the former Kilmeaden Cheese Factory site.Deputy Mary Butler (FF) said: “It must be remembered that many customers have been collecting their pensions off the same person for upwards of 20 years. More often than not, the relationship is more than that of staff-customer, they are friends. They help with applications and are good neighbours. “It was very concerning to note that some payments have already been transferred to another post office, and confusion reigned when customers, mainly pensioners, came to collect their pension. “What’s most disturbing is that in some cases, the system couldn’t tell them where their payment had been transferred to.” Mary Butler said accessing the next ‘local’ post office also posed a major challenge. “Public transport options are limited with one man telling me that the return taxi fare will be €20 – the equivalent of the weekly fuel allowance he receives in the winter. Rural Ireland has been long forgotten by Fine Gael, but now it seems that they are actively deciding to ignore and forget about our older citizens – generations of whom built up our country.”