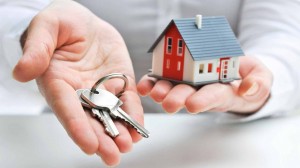 The price of an average three bedroom semi detached house in Waterford has risen 2.38% to €161,250 in the last three months, according to a national survey carried out by Real Estate Alliance.
The REA Average House Price Index concentrates on the sale price of Ireland’s typical stock home, the three-bed semi, giving an up-to-date picture of the property market in towns and cities countrywide.
“Strong demand with limited supply is resulting in competitive bidding and prices in excess of the asking price being achieved,” said Des O’Shea from REA O’Shea O’Toole in Waterford.
“There is strong demand from both the permanent sector and the holiday market but the greatest influence on our local market is the genuine diminishing supply of homes,” said Eamonn Spratt from REA Spratt in Dungarvan.
A nationwide supply shortage has fuelled a rise of over 2% in the price of the average house in the last three months, with the majority of counties in the State recording price increases in Quarter Two this year, the latest Real Estate Alliance Average House Price Survey found.
However, it is the lack of supply of suitable properties in a scarce market that has caused these rises, exacerbated by the effect of would-be commuters moving ever further from Dublin to acquire affordable homes.
“We are seeing firms who are in business for 50 years who have never experienced such a low level of supply, and this is responsible for causing sharp increases in prices in some areas over the past three months,” said REA Chairman Michael O’Connor.
The average three bed semi nationally now costs €195,361, an increase of over €4,000 (+2.18%) since the end of March. This is a rise of 4.49% against the same time last year.
The REA Average House Price Survey concentrates on the sale price of Ireland’s typical stock home, the three-bed semi, giving an up-to-date picture of the property market in towns and cities countrywide to the end of Q2 this week.
While prices in Dublin city and county grew by +1.4% to €363,333 since March, competition for scarce housing below the Central Bank’s €220,000 deposit limit in both the inner and outer commuter areas is fuelling an inflationary market.
Prices in commuter counties, Cork and Galway have risen by €5,000 to €214,588 (+2.4%) while those in the rest of the country have increased by over €3,000 to €128,768 (+2.75%).
Three-bed semi prices in Kilkenny city rose by €20,000 or 12.5% in the past three months, a figure that is entirely driven by record low supply.
As the flight to another of the outer commuter counties continues, prices in Laois have risen by €10,000 (+8%) in the past three months.
Prices in Kildare (€242,500) have remained static in the four main towns, due to a low supply of suitable housing stock, combined with a relatively higher price to neighbouring counties.
In contrast, Meath has now broken the €200k barrier (€201,250) following a 3.21% growth in three months, as Dublin–based commuters move out to houses they can afford under the Central Bank’s deposit guidelines.
The supply situation has seen house prices rise by €10,000 in three months in Roscommon, where the average three-bed semi is now selling for €80,000 – a 33% increase on last year and a 14.85% rise on March.
In Wicklow, prices in Blessington have risen from €240,000 to €265,000 in a three-month period, a rise of 10.42%, with agent REA Murphys advising that there is a bubble in the three bed semi market.
Prices in the county as a whole have gone up by 4.44% to €235,000 over the past three months.
Louth continues to act as a microcosm of commuters travelling further in search of affordable homes with Dundalk enjoying a rise of 11.1% in three months (€150,000) while pricier homes in Drogheda (€203,000) have risen by just over the national average at 2.78%.
“We now need to address the roadblocks in the way of building new suitable family homes,” said REA Chairman Michael O’Connor.
“We feel that the State ultimately needs to implement a 50% vat reduction on new homes, backed up by rebate schemes on local development charges on a nationwide basis.
“Nama need to accelerate sales of land on the open market as well as selling through loan sales.
“In conjunction, there is a need to fast track planning within the correct zoning for urban land bought within the next two years.”