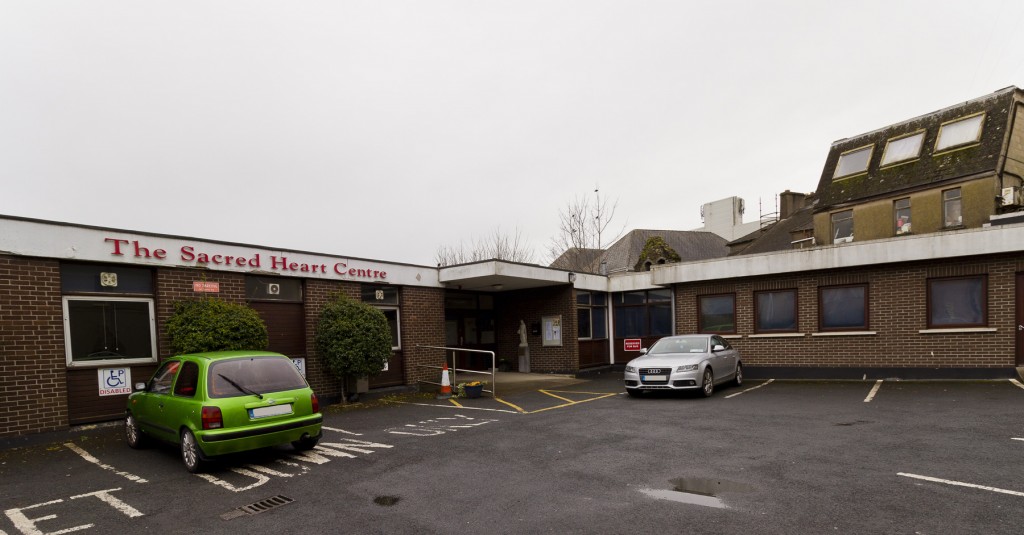 The Sacred Heart Centre was established in 1974, originally under the auspices of the Sisters of Charity, was taken over by the HSE in 2005.

Dermot Keyes
An ambitious plan to raise €8 million to provide a new custom-built facility for children with special needs attending Lady Lane’s Sacred Heart Centre is expected to gain momentum over the coming months.
The plan, which has been initiated by the Friends & Family Association (FFA), would transform the facility provision for those who avail of the Centre, which has been situated on Lady Lane since 1974.
The new facility would be relocated on a more suitable and accessible site, which has already been mooted for provision at the new Primary Care Centre set for development at the Saint Otteran’s Hospital site.
FFA member Dermot Dooley has been in discussions with the Health Service Executive (HSE) in relation to a new building, with talks in relation to the Centre’s long-term future dating back to last summer.
It’s worth pointing out that Waterford City & County Council also offered a greenfield site for the centre adjacent to the new Fire Station at Ballybeg last summer.
Drawings were prepared for the Ballybeg site (free of charge) yet were designed with a view to it also being potentially built at another location, and, as things stand, development at St Otteran’s would appear the likelier prospect.
“It’s well acknowledged that this centre has served its purpose well,” said fellow FFA member David Smith, addressing a recent meeting held at the Sacred Heart Centre.
“But, looking to the future, it needs to be replaced in a fit for purpose, upgraded building in another location.”
Dermot Dooley, whose son Darragh (seven in October) attends the Centre, confirmed that there is “considerable interest” from local business figures, adding that he has received “a commitment from people” when it comes to offering future financial support.
But to help bring this about, Mr Dooley (a teacher at De La Salle College) said a meeting with a well-heeled Waterford-based businessman, with in-depth knowledge of the HSE, had provided an important, “unemotional” perspective on the task which lies ahead of FFA.
“I was told that we need to prove that there is a need for a facility of this kind,” he added. “And we need to make plain all of our concerns, which we feel just can’t be provided in this building. For example, we know that there’s not enough respite care at the moment. So we need to prove the need – who will benefit from what we plan to do and how the donors’ contributions can and will make a positive difference. We have to sell this.
“And it all comes down to something critical. If we build ‘X’, it will deliver ‘Y’. So we have to come up with a message to show what we can deliver if we build this new facility. 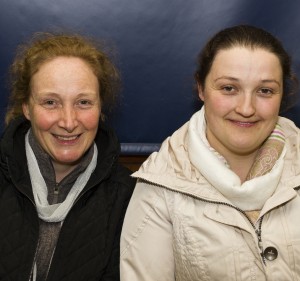 “We also need to establish a governing, corporate structure: and this is based on this particular businessman’s experiences and the various businesses, organisations and bodies he has dealt with during his career. I didn’t argue with him. He knew his stuff.”
Dermot Dooley continued: “He put it to me that we will need eight people on this: three parents, a retired doctor, someone with an education background along with someone of considerable legal experience, as well as a successful business person; local people of high regard with strong reputations, and all of this makes a lot of sense to me. We need to show we’re serious and this structure would go a long way to showing the level of our intent.
“Now we have a few people in mind for this, but we need to go to them privately first and then take it from there. Beneath that we’ll have a building and fundraising committee, and we already have a lot of people interested in this, and then the big one, as far as public awareness is concerned, is the media side of things.”
In the wake of a Facebook video Dermot posted on March 22nd to highlight the pending efforts (generating almost 6,000 views in just over a week) the FFA had gained four media-related offers of support, as well as attracting the attention of this newspaper.
So it’s clear that there is considerable and widespread interest in a campaign which is ambitious attempting to raise at least €1 million over the next 12 months.
“We need to show donors how their efforts will help us as parents, so we need to go into detail on this, which we’re aiming to do through a website, which isn’t up and running yet, and tell some stories about some of the children attending Sacred Heart, and how significant the services are to the children, and to us as their parents.”
A document detailing the need to build a new Special Needs Centre, for both Waterford and the South East, was prepared by the FFA last year, and outlines the clear need for a custom-built facility.
“The main function of the Sacred Heart Intervention Services is to empower children with a broad range of significant intellectual and or physical challenges and their families to develop their full potential in a safe and nurturing environment,” the report’s introduction reads. 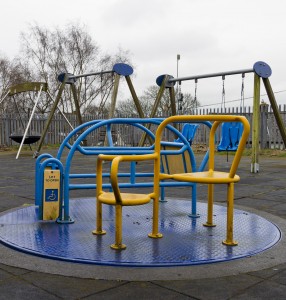 “The centre was built in 1974…and (is) no longer fit for purpose. The main deficit of the building is currently shared with the Department of Education. The serious lack of space has consequences on the service provided as its impacts on the provision of day respite, reduced multidisciplinary team work and (its) impacts on the intake of children in the region who desperately require this service. The centre also lacks appropriate facilities for hosting parent/staff training. Meetings with families of disabled children can be emotional and stressful and there are no suitable facilities for these meetings to take place.”
The report adds: “Further limitations also include the amount of staff that can be employed and capacity to take in new referrals for children needing early intervention. Access to (the) centre is also seriously compromised as there is only one small inadequate car park for families, staff and buses with some parents struggling to park and carry their children back to cars parked on the public road and risk parking tickets on a daily basis.
“The centre also lacks appropriate equipment seen in other Early Intervention centres. The outside space where the children play is also totally insufficient for their needs and lacks equipment required for the stimulation and sensory needs of these children…
“It would also alleviate some pressure on the health service. The main beneficiaries of this project are the current and future children and families that (and will) attend the Sacred Heart Centre.”
Dermot, David and the other parents which The Munster Express spoke to at the meeting – Robbie Keane, Owen Power and Ruth Curran – were adamant that their concerns related to the physical building, as opposed to service provision.
They added that an improved facility with, hopefully, a greater funding stream, would then permit Clinical Nurse Manager Mary Lacey Crowe and her staff to improve their early intervention services. 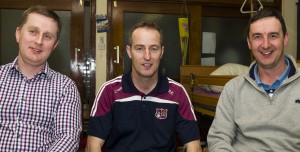 Darragh and Louise Dooley praised the Centre’s role in assisting their son Darragh, who suffered brain damage at birth and spent the first eight weeks of his life in hospital. “He is diagnosed with Cerebral Palsy, Epilepsy, Microcephaly, a visual impairment, global development delay and only has one functioning kidney.”
Darragh (who needs 24-hour care) is now in his final year at the Sacred Heart Centre, with his parents describing the centre’s contribution to their lives as “truly amazing”.
In a testimonial, they added: “Darragh is cared for in such a loving environment…He gets all his therapies under one roof, from speech and language, occupational therapy to physiotherapy. Darragh loves water and has the opportunity to go swimming…he does art and yoga and takes part in a variety of activities which enhance his well-being and development… he is being toilet trained…and used his iPad to interact with Eye Gaze technology which allows him to play games using his eyes…
“We have pace of mind that our son will be well cared for from the minute we drop him off to the minute we collect him. That is so important, especially when your child is nonverbal and therefore extremely vulnerable…
“The Sacred Heart Centre does a fantastic job in enabling children to reach their full potential. All this is needed now is a purpose-built building to ensure that the most vulnerable children can indeed avail of their expertise in a building that is equipped to meet their needs.”
This particular city-based stone is now well and truly rolling. And this newspaper shall do its best to add some moss to this worthy campaign in the coming weeks and months.
“The building on Lady Lane just isn’t fit for purpose.”
The future of the St Otteran’s site
The masterplan for the redevelopment of the Saint Otteran’s Hospital site includes the provision of a Primary Care Centre, which looks set to include the relocated, custom-built Sacred Heart Centre.
Nolan Construction Consultants have prepared cost estimates for options under consideration – notably a new build 2,350 square metre (25,295 square feet) facility of contemporary design versus the adaptation and conversion of part of the existing building stock (which includes protected structures) to serve as a Primary Care Centre.
According to Nolan Construction Consultants: “The poor condition of the existing building and the widespread presence of asbestos are amongst the cost significant matters addressed.”
Meanwhile, the FFA has also mooted the idea of a name change for the Centre given that Sacred Heart has multiple uses in Waterford City, citing the efficacy of worthy cause titles such as Solas, LauraLynn and Jack & Jill, for example.
The prospect of a text-based competition to select a new name for the Centre is currently being considered and could also serve as another potential fundraising stream.
A Sacred Heart Nurse’s two cents…
“As an Early Intervention Nurse who has worked in the area for eight years and in the disability sector for over 14 years, I have always wondered what life was like for these families who have had much more to do in the form of caring, home programmes and going with their children to numerous medical appointments on top of all the other things any parent or family has to do.
“The children I work with closely have significant developmental delays resulting in defects in physical, sensory, communication and cognitive skills and some will have significant complex medical and behavioural problems.
“Families with disabilities have been hit hard over the last few years. There has been a consistent chipping away at services and supports and a complete lack of understanding of the challenges that people with disabilities are facing when trying to live an ordinary life.
“Families begin a journey that takes them into a life that is often filled with strong emotions, difficult choices, interactions with many different professionals and specialists and an ongoing need for information and support services.
“My passion is to provide families with the most appropriate and accessible services for these children as I feel there is a huge gap for a better understanding and empathy for the needs of parents and carers.
“The proposed new building would provide all the necessary services under one roof to ensure that no parent feels isolated and alone and that there is immediate information, assistance, understanding and support.”