Time to get the South East's recovery going 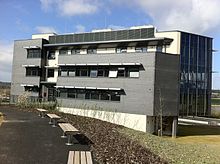 Given my family history, I’ve long considered myself something of a ‘geographic mongrel’: Waterford born and bred, with South Tipperary and West Cork roots, along with a County Waterford, South Tipperary and south inner city Dublin education, that’s quite a mix!
I’d like to think that’s fed into a more rounded view on life in general, and it’s almost certainly nourished the notion that our hang-up on county boundaries – an Anglo-Saxon creation later maintained by the Normans – is all a bit overdone.
Take Ferrybank for example, both a considerable suburb of Waterford city and the second largest urban area in County Kilkenny.
Do I personally care whether a white and blue or black and amber flies over the entirety of Ferrybank?
No. Try as I might to get tribal, I tend to leave such stirrings behind me when I leave a GAA ground after an inter-county match or Thomond Park behind me after an interprovincial clash. As I said to South East Radio legend Liam Spratt in a preview piece for last Sunday’s All-Ireland Quarter Final between Waterford and Wexford, the full-time whistle would prove immaterial in the context of the long-standing friendships that exist between both counties. Wexford is a place I love, and I remain surprised to meet fellow Deise natives who have yet to take in the splendour of Hook Head and its many natural beauties.
But back to Ferrybank and something that genuinely does bother me: the manner in which the neighbourhood has fallen between two stools on a variety of issues for far too long: be it pipe laying, traffic management or housing allocations, for example.
It’s also suffered from a public amenity deficit for decades, and while the area will finally have a public playground within the next two years, that it hasn’t had one up to now is quite astonishing. In fact, the failure for either authority in either part of Ferrybank to deliver one before now is as incredible as it is inexcusable.