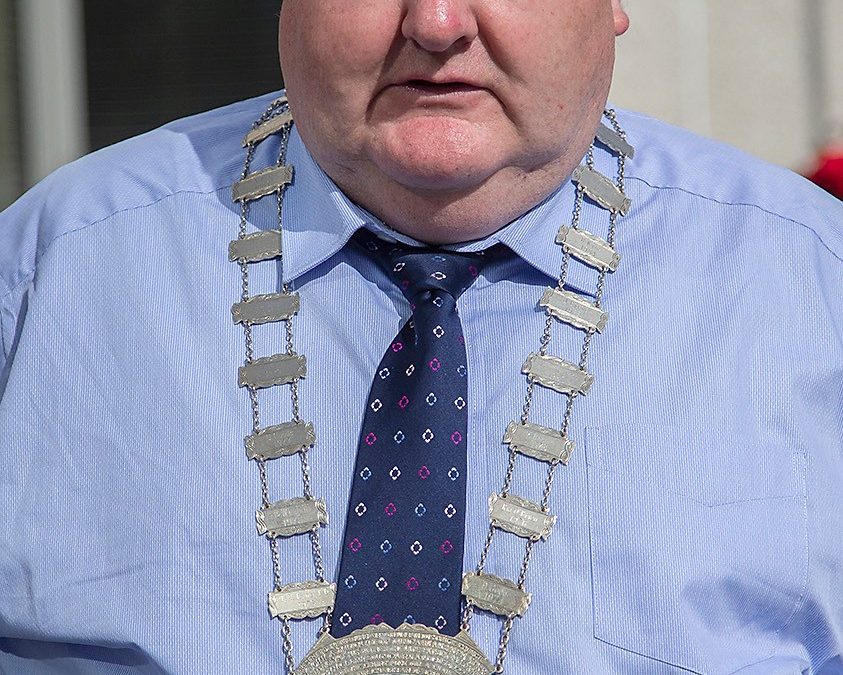 Cllr. Cronin told those present at the AGM that it will be his privilege to serve in the role and that he will do his utmost for the people of Dungarvan and West Waterford in what will be a challenging year ahead.

“I want to thank the outgoing chair, Cllr. Tobin, a good friend of mine over the years for proposing me and to thank both Cllr. Nugent and Cllr. O’Donnell for seconding me. I’ve been here before. It’s a privilege for me to serve you, the people of Dungarvan and Lismore and there are many things that I will be hoping I can carry through over the next twelve months.”

Cllr. Cronin spoke on the issues that will be at the core of his chairmanship, and hopes that the needs of rural people will be met in the years to come.

“The county development plan will be important over the next twelve months, there’s an awful lot of issues and I hope I have the full cooperation of all councillors in addressing those. Rural planning is something that is very dear to my heart and I am warning everyone that we are not over the line. Serviced affordable housing sites are very high on my agenda and I hope that the Council are in a position soon to start acquiring land. It is vitally important to our villages and our towns going forward that locals can build locally. It’s a very simple thing to put together but we’re making it very hard when we want to. I need your cooperation. The County Development Plan will be the most important document that this Council will pass in the next five years. There’s some things I’m not happy with that we need to address.”

The Ardmore-based councillor expressed thanks to members of the Executive and his fellow councillors and spoke of his desire to drive the Council onto ‘another level’.

“I want to thank the roads department in the Council and the outdoor staff. I would like to thank Honor Dunphy who is outstanding at her job. I look forward to working with Kieran Kehoe going forward and the battles we’ll have that are part of the overall game. I would like to mention Michael Walsh, our CEO and note the benefit of the North Quays project to Waterford. I just want to work with everyone and drive this Council on to another level. I thank you all very much.”

The proposal of Cllr. Cronin was unanimously welcomed by all councillors who extended well wishes in his direction.

Fine Gael Councillor Declan Doocey has been elected as Leas-Cathaoirleach of the Dungarvan / Lismore District of Waterford City & County Council for the forthcoming twelve months.

Cllr. Doocey, who was first elected in 2004, will serve as Vice-Chairman to Cllr. Tom Cronin (Fianna Fáil) and replaces his party colleague, Cllr. Pat Nugent in the role.

Cllr. Nugent proposed that Cllr. Doocey would take up the role and it was seconded by Cllr. James Tobin (Fianna Fáil)

Cllr. Doocey expressed his honour and privilege at taking up the role.

“I would like to take the opportunity to thank my proposer and seconder. I wish Cllr. Cronin the best of luck in the next twelve months and don’t think he will need any help as he is very capable. He is a real decent person. I look forward to working with the Executive in the next year and we will all work together to make the district of Dungarvan and Lismore a better place.”