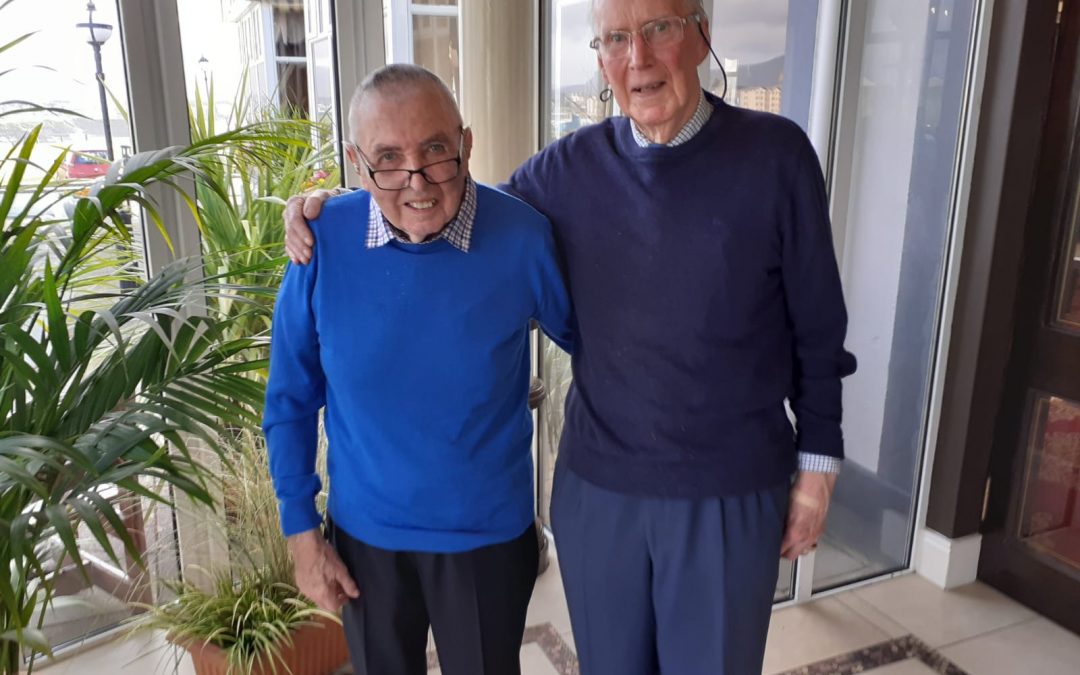 A very special reunion took place in County Donegal recently involving a Waterford man who is hugely thankful for the gift of life.

Seamus O’Rourke (87), originally from Sallypark and now residing on Leamy Street, spent the summer of 1957 working with his cousin Peadar Dignam and a friend taking photographs in the seaside town of Bundoran. They sold these photos to tourists and were enjoying a wonderful summer in the North-West when, on Monday July 1st, 1957, they decided to go for a swim.

A full moon the previous night meant the currents were strong and large waves were breaking towards the shore. They entered the water at a quiet point near Rougey rocks on Bundoran Beach but soon faced difficulties with the strength of the underlying currents. 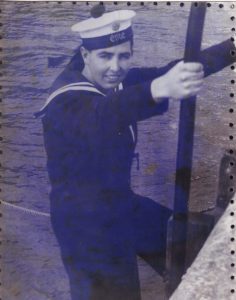 From the beach they were observed by a 23-year-old lifeguard who called out to alert the three men. Two of them heard, regained their footing, and returned to safety. The third man (Seamus) was already in danger and was being swept out to sea.

The lifeguard dived into the sea from the rocks and used the current to reach Seamus, who was unable to swim. By now he was swallowing water and his legs were numb from the cold.

Using the techniques which he learned while training, the lifeguard instructed Seamus to float and to keep moving his legs to maintain the circulation. Several desperate attempts to reach rocks were unsuccessful.

Meanwhile, a number of people were alerted on the beach including the lifeguard’s father and brother but they were unable to reach the men to give assistance. A lifeboat was not available that day. In very challenging conditions the lifeguard pulled Seamus almost half a mile across the water to the other side of the beach where they eventually reached rocks and safety. In total, the ordeal lasted 70 minutes.

Both men were relatively unharmed after their ordeal and Seamus was taken to hospital for assessment. He visited the next day to thank the man who saved him.

Seamus returned to Waterford and shortly afterwards he contracted tuberculosis during the epidemic of the mid-1950s and he spent a year in Ardkeen Hospital Sanatorium. Later that year, following his discharge from hospital, he attended his cousin Peadar’s wedding in Bundoran and returned to thank the man who had rescued him.

Seamus has lived and worked in Waterford ever since. His wife of 41 years, Ann, sadly passed away in March of this year. The couple’s one daughter is Eadaoin Power, and Seamus relishes the time he spends with his two adored granddaughters Charley and Nicole and a loyal Yorkshire terrier named Bobby.

“The event had a profound effect on Seamus and over the years he often spoke of his near drowning experience in Bundoran and his immense gratitude for the man who saved him,” says his niece Martina. “But his recollection of the details surrounding the incident were vague and the name of the lifeguard evaded him.” 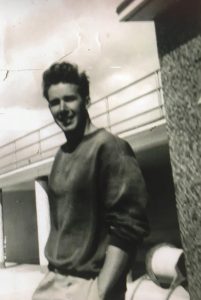 The article headlined ‘Beachguard’s Hour-Long Battle to Save Visitor’ noted that Bundoran beach was the scene of “a tense drama” and praised the “beach guard’s vigilance and skill” and noted that the incident “might have ended in tragedy”.

“Interviewed by the ‘Democrat’ he told our reporter that for the most part he was too busy to think of danger though there were a few times when he thought he ‘might not make it’,” the article stated. “It was his first experience of such an emergency and he was thankful that he had been able for it. ‘That is why we are here’, he said. ‘If any of the others had been in my place they would have done the same.’”

The article also noted that the heroic lifeguard “calmly returned to continue his spell of duty”.

Martina’s husband Tom recently unearthed this article while researching newspaper archives.  In the report, the lifeguard was named as Jim O’Carroll. It stated his father was also named Jim O’Carroll and that he was secretary of the Bundoran Golf Club at the time.

“I contacted the Golf Club and spoke with the current club secretary Kevin Carmody. By good fortune, Kevin knows Jim O’Carroll, the lifeguard, and he kindly assisted me in contacting him,” explained Martina.

She says Jim was very surprised and happy to hear from them. He is now aged 88 and was also recently widowed, as his wife Cleo sadly passed away two years ago. They had married in 1961 and spent many years living abroad in Glasgow and also in Canada where they ran a restaurant in Nova Scotia. After almost 40 years they returned in 2000 to live just outside Bundoran.

Seamus was overjoyed when he heard Jim had been located and he was anxious to visit him to thank him in person. 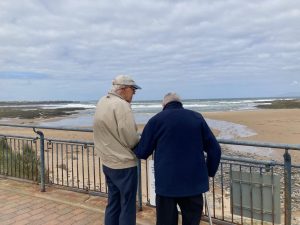 Jim and Seamus at the scene of the 1957 rescue.

The special reunion took place over the course of a three-day visit to Bundoran in late May. Seamus travelled to Donegal with Martina and Tom.

The trio had a great time, stopping off in Mullingar en route for an overnight stay to break the journey.

Seamus and Jim spent time getting reacquainted, recounting the events of that eventful day, and revisiting the beach to identify various landmarks and timelines.

During the reunion, Jim told Seamus and Martina that the incident in 1957 had changed his life.

“He performed a number of rescues as a lifeguard but this was the most difficult and he often thought about Seamus over the years,” she says. “He has an excellent memory and can remember with clarity the details of the rescue, including the names of all those present on the beach while the rescue was taking place. He also believed the fact that Seamus had ‘kept his head and had acted sensibly throughout doing everything he was told was the big factor in saving his life.’”

Both Jim and Seamus were young men of 23 years and 22 years of age respectively when this incident occurred. By co-incidence the 65th anniversary of the rescue occurred on July 1st this year.

“Seamus always spoke about nearly drowning and the man who saved him,” she says.

“He was overjoyed to meet Jim. The fact he got to meet him in person meant so much.”

Martina says the predominant feeling on the day of the reunion was one of “immense gratitude”.

“It was very emotional. It meant so much to Seamus to be able to thank the man who rescued him,” she says.  “The bravery and presence of mind of Jim on that day has led to this happy outcome. We’re so grateful for what Jim did. As a result, Seamus lived a healthy and happy life.”

Now, Seamus and Jim are in regular contact and aim to nurture and cherish their new relationship.

“We as a family are deeply indebted for Jim’s courage and bravery on that day, and can never thank him enough,” says Martina, who also expressed her thanks to the Secretary of Bundoran Golf Club Kevin Carmody who was instrumental in connecting them.

The events of July 1st, 1957, highlight so much – triumph over adversity, the kindness of strangers…and the dangers of the sea! Above all, this remarkable story showcases the power of the human spirit and the importance of gratitude in an increasingly self-centered world.

The story of the reunion of Seamus and Jim is the perfect antidote to the troubling times we live in and provides us with a wonderful example of selfless dedication.