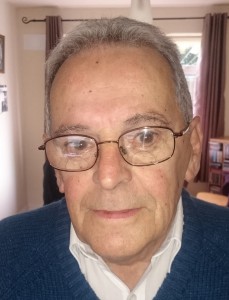 A HEART attack survivor who received treatment at University Hospital Waterford (UHW) has spoken of his dismay over the current operating hours of the Hospital’s cath lab.
Currently, the cath lab at UHW operates Monday-Friday from 8.30am to 5.30pm.
After 3pm on Tuesday, October 13th, Jimmy Fitzgerald from Abbey Park, Ferrybank sat down with a cup of tea at his home after cutting the grass.
Suddenly, he felt what he described as an “immense tightness” in his chest and immediately knew he was suffering a heart attack.
His wife Peggy, who was in the garden at the time, rang for an ambulance and Dr Zoltan Csarodainagy, her husband’s doctor.
Mr Fitzgerald praised the quick response of both Dr Csarodainagy and the ambulance service.
“The ambulance driver rang and told UHW that it was an urgent case and I wouldn’t survive the journey to either Dublin or Cork due to the severity of my condition. I was in too much pain and knew I wouldn’t survive the journey to Dublin or Cork,” he explained.
It was decided to bring Mr Fitzgerald to UHW, however, a “mad rush” ensued in order to ensure he arrived at the hospital before the cath lab closed.
“He said we only have ten minutes to get there. There was a mad rush,” he explained.
After arriving at the cath lab, Mr Fitzgerald underwent treatment straight away.
He admitted to being “terrified” but paid tribute to all of the staff for the care and attention which he received.
Mr Fitzgerald thanked the ambulance team, cath lab team, and the coronary care unit team for their care. “If I had been 10 minutes later it could have been a different story,” he said.
Mr Fitzgerald celebrated his 71st birthday last Tuesday, November 10th – an extra special birthday considering the events of recent weeks.
Commenting on Mr Fitzgerald’s experience, Willie Doyle of the 24/7 Cardiac Care for Waterford and the South-East campaign group said patients were enduring a game of “Russian Roulette”.
“How many more families will have to endure this ‘Russian Roulette’ cardiac care at University Hospital Waterford that Jimmy and his family went through? Remember that this situation can hit any family at any age at any time,” he said.
“We need this lifesaving service for the residents and workers in the South East where minutes mean the difference between life or death.”