Deasy may yet feature on FG ticket

Rumours of disquiet within the Waterford Fine Gael organisation are now widespread after the party chose to officially select only one of its two candidates at last week’s selection convention in Dungarvan.
The party held its convention on Monday evening last at Lawlor’s Hotel, just as we were finalising last week’s edition.
At 11:44pm that night, the following press release from Constituency Secretary John Fitzpatrick arrived in the Newsroom Inbox: “Three candidates were duly nominated. They were Senator Paudie Coffey, Cllr John Cummins and Cllr Damien Geoghegan. 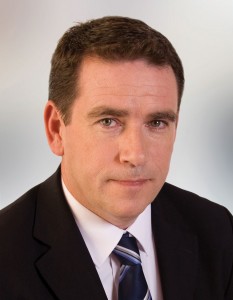 Deputy Deasy: still standing, in theory at least with respect to the next general election.

“Subsequently Damien Geoghegan withdrew his nomination at the meeting. The directive was then received from Fine Gael Executive Council that stated only one candidate would be selected tonight. Senator Paudie Coffey was duly selected as the Candidate for Fine Gael.”
The statement continued: “The Executive Council has the power to add further candidates and will be meeting Tuesday night to confirm if further candidates will be added to the ticket. Finally, we confirm that Deputy John Deasy did not seek to be nominated at the meeting tonight.”
A question from the floor of the convention from a party member described as “unsympathetic” to Deputy Deasy asked if the sitting TD was, in fact, a paid-up member of the party.
When it emerged that he was not up to date with his party dues, the news created a flurry of activity on social media, leading to talk of the end of the Deasy political dynasty, which extends in Dáil terms all the way back to 1977 when the TD’s late father, Austin Deasy, was first elected.
A week after an election was avoided, uncertainty remains over who else will be selected for the Government party when the next election is called.
Deputy Deasy who, as Government Envoy to the US Congress, had meetings scheduled in Washington and, like so many others within Fine Gael, hadn’t pre-empted the storm which erupted the weekend before last, which brought the Government to the brink of collapse.
Deputy Deasy, who is recovering from recent hip surgery, had indicated to party headquarters that he wouldn’t be in a position to campaign had a snap pre-Christmas election been called.
Senator Coffey has since said he assumes a place is being kept open for John Deasy should he decide to run, but the decision over who will join the Portlaw native on the ticket may ultimately be made by the party’s National Executive.
However, City & County Councillor and former Mayor John Cummins, who was beaten by Paudie Coffey in the Waterford members’ vote in Dungarvan last Monday, says he still expects to be on the ticket.
Also staking a strong claim is Dungarvan-based Councillor Damien Geoghegan, who withdrew from the contest and reportedly tore up his nomination papers after being told only one candidate would be selected on the night.
Supporters of Cllr Geoghegan have implored their party to consider the strategic significance of adding a West Waterford-based candidate to the ticket given the 40-year Deasy legacy, whose constituency vote was built on a bedrock of votes in the west of the county.
Meanwhile, Sinn Féin TD David Cullinane has been confirmed as their party’s candidate for the next election while Tallow-based Councillor John Pratt was selected as Labour’s candidate following their convention on Thursday last.
* See News 21 where Green Party Senator Grace O’Sullivan writes exclusively about a day full of political intrigue at Leinster House.