FEARS have reignited amongst concerned parents in relation to securing places at a local secondary school.
Fenor National School has traditionally served as a feeder school for Ardscoil na Mara in Tramore (which replaced the CBS and Stella Maris secondary schools).
However, the family of one 11-year-old living in Tramore received a letter to say she has not obtained a place at Ardscoil na Mara for the upcoming school year.
Of all the Fenor NS students who applied for a place at Ardscoil na Mara for the upcoming year, the parents of Lucy Hutchinson say she is the only student who was not successful in the application. 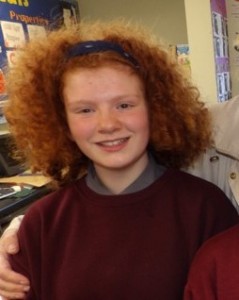 Her mother Síona Stokes received a letter in mid-January to say Lucy’s application was not successful and that the decision was made using a ‘lottery’ system.
In January 2016, around 200 concerned parents attended a meeting in Fenor amid fears surrounding the “re-categorisation” of Fenor NS which many felt could mean that students at the primary school would no longer be guaranteed a place at the nearby secondary school.
At the time, of the current group of children in sixth class in Fenor, only those with siblings in Ardscoil na Mara had secured places for the following school year.
Síona says that Lucy, who has no older siblings in the school, is “heartbroken” by this latest decision.
“She is so sad. She’s absolutely heartbroken,” she said.“She shouldn’t have to worry about something like this.”
Síona says she had considered removing Lucy from Fenor NS when the issue arose in 2016 in order to be certain of securing a place at Ardscoil.
However, she claims an assurance was given that the issue was sorted and Lucy remained a student at Fenor NS.The controversy had rumbled on for a number of months but the issue appeared to have been resolved.Since receiving the letter informing her of the decision, Síona has contacted local politicians seeking support and is now appealing the decision under the Section 29 appeals process. Capacity has been an issue at Ardscoil na Mara since opening in 2014 as it soon emerged that the school’s population was growing beyond the 1,000 students originally envisaged.
A major extension is planned with a 2019 opening being targeted. There are currently 1,170 students (up from 1,132 in 2016-17) with 1,350 projected once an extension is in place. The Munster Express contacted both Fenor NS and Ardscoil na Mara for a comment on the issue, however no reply was received from either. Lucy’s father Ian Hutchinson says he is disappointed over the lack of communication from Fenor NS.Ian, whose family are heavily involved in the Fenor community, says he feels “let down” by the school. “The school is dragging its heels,” he said.“This is their problem but they are not addressing this issue.”Ian reiterated that an assurance was given two years ago that the issue was sorted. “The transition from primary to secondary school is one of the most delicate times in the lives of children. I’m upset and stressed over this myself and I can’t explain to Lucy why it is happening,” said Ian. He said he is finding it difficult to obtain political support on the issue.Ian has met with Ardscoil na Mara Principal Padraig Cawley and informed him that he felt he was being made to work like a politician himself in order to find a resolution.