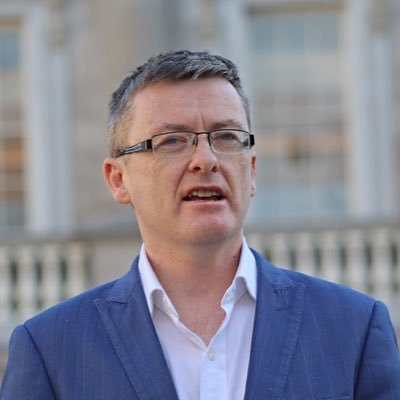 An independent review of nine hospitals across the country, including University Hospital Waterford (UHW), has found ‘unsafe’ and ‘unacceptable’ treatment caused by overcrowding and staff shortages.

The Independent Review of Unplanned Care covered the years 2018-2019 before the pandemic and states that 50 per cent or more of patients spent at least one night on a trolley before getting a bed or being discharged.

The report recommended an end to the practice of placing trolleys on wards once the health system becomes stabilised.

The report was never released by the HSE but has now been made public following a Freedom of Information request by the Irish Patients Association. It examined nine hospitals which were under the greatest pressure during winter 2018/2019. 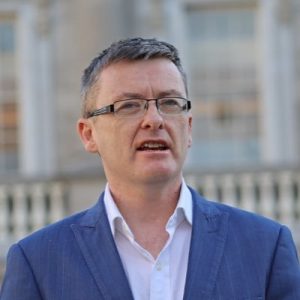 Sinn Féin Spokesperson on Health, and Waterford TD, David Cullinane has said that the report highlights the dysfunction in the health service which is at the heart of the overcrowding crisis in Emergency Departments.

He criticised the HSE for not releasing the report sooner saying that the organisation lacked a culture of transparency. He said that the report demonstrates that, for several years, the safety of patients has been at risk due to poor admissions practices in overcrowded hospitals.

“The independent review of unplanned care is a damning indictment of process and leadership failures across the health service,” he said. “This report is as relevant now as ever as more than 51,000 patients waited over 12 hours for admission through an emergency department so far this year, according to information I have received from the HSE. ED overcrowding is set to be as severe this year as it was before the pandemic.”

He continued: “While we accept that changes have been made and that many hospitals, such as UHW, have made significant improvements despite inequity in investment, as the figures demonstrate we still have a serious challenge with so many people presenting and waiting for more than a day in emergency departments or placed haphazardly around hospitals.”

He is calling for a “zero tolerance” plan for Emergency Department overcrowding and long waits led by the Minister for Health.

“There is no single solution. We need capacity put in where it is needed, but as importantly, essential Sláintecare reforms need to be advanced quickly,” he says.  “To respond to the challenge, reducing ED waits has to be seen as part of wider reform efforts. It can only be tackled by investing in community and GP capacity to reduce hospital admissions. A minimalist approach to healthcare reform will not work. Regional Health Areas need to get up and running with significant autonomy to implement community reforms, deliver capacity expansions, recruit and retain staff, and implement best practice across sites in patient and staff management. Every patient should have a discharge plan with a recovery bed in a community setting. Patients should be out of hospital quickly, not left languishing on trolleys in random ward corners and corridors. Crucially, we need to roll out specialist medical wards and fill the vacant consultant posts.”

He continued: “The fact that the HSE sought to bury this report and had to be forced to hand it over again shows that the organisation lacks a culture of transparency.  The review is clear that none of the hospitals were able to follow safe practices with occupancy levels well above 85 per cent – and often at or above 100 per cent. In some hospitals, staff did not know who was in charge of patients, and patients were languishing for days on trolleys. Previous Governments have been happy to let hospitals run like this despite the clear risks to patients. Some hospitals have significantly improved since 2019 by implementing the recommendations of the report, particularly in relation to specialist wards, and have stopped placing patients in any free space they can find. But many of the hospitals examined are still struggling with unacceptable emergency department overcrowding. A specific plan is needed in each instance and we also need a culture change across the HSE towards transparency. The Minister must lead from the front.”

In a statement issued yesterday (Monday), UHW say they cannot comment on a draft report which they have not seen and say that the context of the report has also changed.

Meanwhile, overcrowding at UHW is just under a fifth of what it was pre-pandemic, according to the latest monthly figures from the Irish Nurses and Midwives Organisation (INMO).

Last month was the worst March for overcrowding since their records began in 2006, with 11,000 patients waiting on trolleys nationally during the month.

The INMO says that, nationally, the numbers are “out of control” and “chaotic” and Covid is having a massive impact. It’s calling on clear and coherent advice from Government and public health officials. Limerick was found to be the most overcrowded with 1,671 patients.

However, in UHW, 89 people were recorded as being without a bed, despite a surge in Covid cases recently. On Wednesday night last, there were 66 patients with the virus in UHW.

On Sunday April 3rd, there were 105 PCR confirmed cases of Covid-19 in Waterford. There was a total of 2,653 cases within the previous two weeks.  The 14-day national incidence rate stands at 1,871.1.