Minister extols virtue of many voices in government

DURING his recent visit to Waterford, Minister for Housing, Planning and Local Government Eoghan Murphy was asked about proposed changes to electoral districts as part of the local government boundaries committee.
The committee will set the number of councillors and the size of electoral areas for the 2019 Local Elections.
Responding to a query from The Munster Express, Minister Murphy outlined the rationale behind establishing the committee. 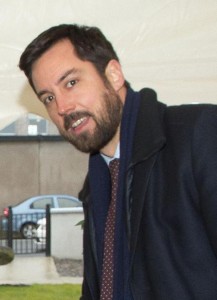 “We want to make sure that, as we reform our local democracy, we are strengthening and improving it,” he said.
Minister Murphy spoke of the importance of having “many voices” represented in elections and ensuring many people from different backgrounds are elected.
“The main driver of what we’re doing with the local government boundaries committee is to make our local electoral areas more local and more relevant to the local areas,” he said.
“At the moment we have very large geographical areas for local elections and they don’t necessarily mean a lot to the people who are voting in them, and it’s difficult for councillors to be across the entire area all the time.”
He added: “We want to try and have smaller local electoral areas which are more meaningful for the people who are voting and living in them, but also more democratic for the people who are standing and representing the people.”
Minister Murphy was in Waterford to attend a number of engagements, including the official opening of the Convent Hill Housing Scheme.