Waterford City & County Councillors passed the Council’s 2018 Budget at City Hall on Tuesday last, which was described even by some of those who voted against it as largely progressive.
For the first time in almost a decade, there will be a Commercial Rate increase of 2.5 per cent as of January 1st next., a move which Council Chief Executive Michael Walsh described as “proportionate at this point”.
Addressing Councillors, Mr Walsh stated: “The simple reality is that for a period of 10 years, we haven’t increased charges in any context. I was grateful, even though I’d have wished for more, that the Council agreed to a very small and minimal (2.5 per cent) increase in the Local Property Tax and that’s reflected in this Budget and…I don’t see that as any sort of a creeping increase or that in any way we will be seeking continual increases over the next number of years, but I do consider it to be proportionate after such a period of stagnation in the current year. And the reason that I see it as proportionate is that it allows us to do a few things that we badly need to do, that’s the way I’d put it.” 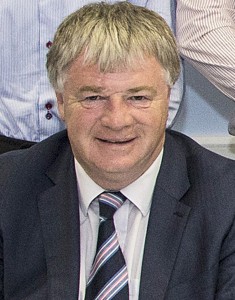 This includes:
* Matching Town and Village Renewal sums of €238,000 and €115,000 respectively “to ensure the sustainability of the rural fabric”.
* An injection of €100,000 “to begin to address the blight of dereliction and vacancy in all our urban and village centres”.
* Providing €150,000 to “bring forward the O’Connell Street area of the city in tandem with core city centre”.
* An additional €406,000 for housing maintenance and
* A universally welcomed €572,000 for local roads maintenance.
In proposing the Budget, Mr Walsh described it as “positive”, and proof of “the first real indication of economic recovery” in the city and county.
Mr Walsh told Councillors that welcome “income increases in a number of areas” reflected an increased level “of activity on the ground”.
“And while we have cost increases as well, I believe, on the whole, that the Budget is positive in its overall formation.”
Referring to the “two most serious indicators of growth in the income side”, Mr Walsh said that rates buoyancy (of €605,000) demonstrated that “vacancies are diminishing and that there’s more activity in the enterprise and commercial sectors, generally speaking”.
The second indicator “which was very positive in that context” was the increase in housing rents as well” which came to €730,000, “which is income-related entirely and it actually reflects a very significant increase in employment among our housing tenants”. He added: “And at a sublevel, it shows that economic activity on the whole is increasing significantly and obviously that’s to be welcomed. And I think in the current year that’s the first significant one over the past few years where that can genuinely and legitimately be said.”
Mr Walsh also referred to cost increases that have to be taken on board, such as Haddington Road-agreed pay increases for Council staff and a rise insurance which reflects “the claims activity over the last number of years”.
He added: “Simplistically, in many respects, the budget is a case of, look, we have cost increases on one side, we have income increases on the other side and that they are somewhat cancelling each other out, that’s the way I’d put it.”
Councillors from Fine Gael (with Cllr Seanie Power absent), Fianna Fáil, Labour’s John Pratt, in addition to Independent Councillors Mary Roche, Seamus O’Donnell, Cha O’Neill and Joe Conway voted for the Budget.
It was opposed by the Sinn Féin grouping, in addition to Independent Councillors Sean Reinhardt, the Metropolitan Mayor, and Davy Daniels.