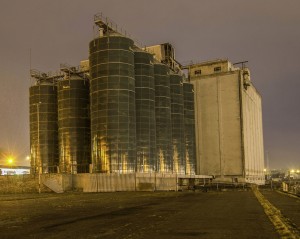 Waterford’s North Quay is set to be designated as a Strategic Development Zone (SDZ) by the cabinet, the same ‘fast track’ development mechanism availed of in the development of Dublin’s Docklands.
The Munster Express has learned that the SDZ status, which has rarely applied outside of either Dublin or Cork to date, is to be considered by the Cabinet due to the site being “of economic and social importance to the State”.
Minister of State Paudie Coffey said that the process of SDZ designation for the North Quay “is already underway, and I have instructed Department (of the Environment) officials to facilitate this process which will advance in the coming weeks”.
Waterford City & County Council, the development authority for the North Quay, will be charged with submitting the application, and will have two years in which to prepare a draft planning scheme once the SDZ has been initiated by the Government.
This detailed scheme will, according to notes prepared for Minister Coffey on the process, “in effect, be a ‘master; permission for all anticipated development on the site, is prepared by the development agency (the City & County Council) and is approved either by the planning authority in the first instance or by An Bord Pleanála where the decision of the planning authority is subject to an appeal”.
It’s anticipated that the IDA, the Port of Waterford and CIE will all play a role in the development of the draft planning scheme, as part of the North Quay’s €30 million re-invention. (See News 2 for more)
Minister Coffey added that he’ll be commenting further on the matter once the City & County Council finalises its application before submitting it for Government approval.
The SDZ process involves five steps:
1: The establishment of the order for designation of site(s) for SDZ.
2: Preparation of a planning scheme for an SDZ area.
3: The appeals process.
4: Development applications within SDZs and
5: Amendments or revocation of a planning scheme.
Critically, the draft planning scheme shall have to be prepared by the City & County Council, meaning the prospect remains that a Government of a different composition, and with different policy objectives, may make final approval on the SDZ submission.
Meanwhile, a new contractor was set to be appointed within the days of last Monday’s Metropolitan District meeting regarding the demolition of the grain mills and silos on the North Quays.
Waterford Council was forced to re-tender for the project last month when it emerged that issues had arisen with the initial contractor during the due diligence process, prior to final contracts being signed.
At the November meeting of the Council’s Metropolitan District, Director of Services Lar Power confirmed that tenders had been received and assessed, with a contractor due to be appointed within the next week.
Responding to a query from Cllr Eddie Mulligan, Mr Lar Power said the contract to demolish the structures would not include the removal of rubble from the site. Instead, asbestos will have to go to proper disposal, steel on the site will be salvaged, while all concrete will be crushed and stored by the Council for used in the construction of roads. Mr Power said it was not a case of the rubble being left at the site indefinitely, rather than it would be broken up and removed once a site for storage was organised.
The demolition process is expected to take 16 weeks and could commence late this year or in early January.