“From the family’s perspective, there was a terrible sense of powerlessness about it all,” John Nolan told The Munster Express when talking about his late brother Keith, who died by suicide on May 8th.“Keith’s wife, Lorraine, was six months pregnant when she died in 2014 from a sudden aneurysm. It all happened so quickly. Lorraine went to her doctor, then the doctor sent her to Ardkeen and only seven or eight hours later, she was gone – and there was nothing anyone could do for her. Keith lost his way after that.”
John continued: “For the four years after Lorraine’s passing, Keith put everything he had into looking after Saoirse (8) and Kaoife (19) but the bereavement just overwhelmed the man. On a weekly or monthly basis, he threatened suicide and as a family we did everything we could for him. But that night in May, he was at home, he was on his own and it just happened. He did what he said he was going to do. We looked for him for two days…and we only cleaned out the house last Saturday.”
The future for Keith’s two daughters, who are now being cared for by his sister and extended family, are now front and centre in the Nolan’s family’s thoughts, and with that in mind, a fundraising night is being organised for the girls at the Tower Hotel on Thursday, September 6th. 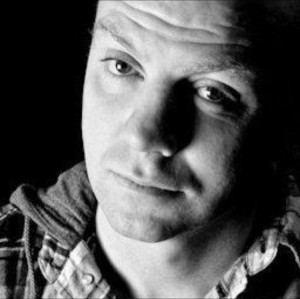 The ‘Both Sides’ concept for the night, as John explained “is, on the one hand, about the mother and father who have passed away, while on the other side, you have the family left behind and we’re all trying to pick up the pieces, move forward and do all we can to give these two kids a life. We just want them to have as bright a future as possible and we know the good people of Waterford will get behind this effort.” The September 6th fundraiser (scheduled to start at 8pm), which will also see monies donated to Pieta House, aims to fill the Tower Hotel’s function room with 360 patrons/guests being charged €20 a ticket and will feature an array of entertainment, as John detailed. “My Auntie Christine just got back from the States – she’s a singer – and she’s recorded a Joni Mitchell song and she’s made a video called ‘Both Sides’ so we’re going to be selling that as a DVD and a CD and all the money raise from that will be donated to the kids and that’ll be launched on the night at the Tower Hotel too. We’re going to have a guest speaker from Pieta House, Christine will be signing on the night along with ‘Moonstruck’, the De La Salle Pipe Band who Keith played with (who will open the event) and the band ‘Simon’ a well-known Waterford group from the 70s are going to compere the whole night for us as well as playing, and they’re also going to play a number with the De La Salle Pipe Band.
We’re only three weeks into organising the night so we’re really pleased with the take-up so far and the support we’ve received from a range of Waterford businesses, including the local media, Tom Murphy Car Sales, Billy Shanahan Painters and Decorators, so it’s already after building a good bit of momentum. This week, we’ll have an email going out to businesses in Waterford appealing for sponsorship or any kind of good deed at all, big or small. So if you can provide a spot prize for a raffle, if you can help to publicise the night for us, or be in a position to make a donation, we’d be so, so grateful if you could help bring a little bit of brightness into the girls’ lives, to give them some kind of a future to look forward to.”
John added: “Suicide had never touched our family up until May 8th. Right now, we’re trying to look after our Mam, we’re trying to look after the kids and we’re neither here nor there at the moment. We’re trying to find something to hold onto and holding a tribute night for Keith to support the kids is giving us something to hold onto right now. We just want to help Saoirse and Kaoife in whatever way we can and we hope the people of Waterford can rally behind us in the wake of such a huge family tragedy.”
For further information on the ‘Both Sides’ fundraiser, please call John Nolan on 085-8668753 or visit GoFundMe (Keiths Kids – gf.me/u/jq2knr) for further fundraising details