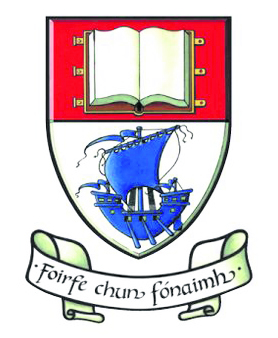 Eleven Waterford Councillors say they will not support the application process for the Technological University of the South East (TUSE).

The group, comprised of Independent and Labour Councillors from across the city and county, believe “it will not deliver the shift required to allow the region reach the targets outlined in Ireland 2040”. The Councillors made their announcement in a statement following a meeting held last Thursday February 25th between members of Waterford City & County Council and Waterford Institute of Technology (WIT) President Willie Donnelly and Vice-President for Strategy Richard Hayes.

As a result of the issues discussed, the Councillors believe it is now “very unlikely” that the new institution will be headquartered in Waterford.

We welcome that WIT President Willie Donnelly and Vice-President for Strategy Richard Hayes attended a Zoom meeting in committee of Waterford City and County Council on Thursday last February 25th. They explained how pivotal higher education is to the health of the South East’s society and economy, and how it is vital to get TUSE right to deliver the vision of the National Development Plan and Ireland 2040.

They presented a compelling vision for TUSE and the role it can play in the future success of our region, a vision that we all share and embrace. A vision for a university of substance that would bring student numbers to 15 -18,000 and bring the economic impact in the city and the region up to €1bn per year by delivering a comprehensive, research-intensive, university of scale. This would, if delivered, halt the significant brain-drain from our region over the next decade and position the south east on a growth trajectory which we all desire.

Mr. Donnelly also informed the meeting about the plan for a sizeable extension to the Cork Road campus that will accommodate growth. We understood this to mean delivering on the potential of the old Waterford Crystal site with the immediate need for a €150-€200m capital investment. We also understand that this could be accommodated through denser development on the existing Cork Road site, or at Carriganore. We welcome and support this vision for our city and region.

It was also explained how IT Carlow and Waterford IT are working towards an April submission to the Minister with a TUSE application but crucially the presentation was not able to provide clarity on Governments intention to fund any capital investment or offer clarity on the headquarters issue.

We make the following observations:

It is now very unlikely that the new institution will be headquartered in Waterford given that Minister Simon Harris will appoint the board who determines the HQ. We base this on the Minister’s recent vocal patronage of Wexford’s cause, and his predecessor Mary Mitchell-O’Connor’s patronage of Kilkenny’s cause, and the treatment of WIT and Waterford for the past decade. For the Minister and the government not to decide on this vital strategic issue in line with the National Development Plan objectives is an act of political cowardice in our view and suggests one of the earliest acts after the creation of TUSE, will be a nasty and unproductive power struggle.

It is now abundantly clear that Minister Simon Harris and the Department of Further and Higher Education, Research, Innovation and Science do not have the desire to deliver meaningful capital resources to the new institution. We base this opinion on the pre-merger delivery of significant capital investment in the Dublin and Munster Technological University projects; on the recent media presentations by Minister Harris in Wexford; on the failure to deliver meaningful capital funding to WIT for at least the past decade and the continued refusal to specify a quantum of funding now.

Given the Government’s self-imposed deadline for taking an application from WIT of 28 April 2021, we encourage all stakeholders to call for and await clarifying decisions from Government on capital and general funding, headquarters and configuration before committing to the proposed irrevocable merger process.

Without such clarity we believe it would be reckless to proceed with the merger. Higher education in the South East depends on WIT and IT Carlow functioning at a high level, the unresolved issues with the merger put both institutions at risk.

TUSE is not the only show in town. It is not, and cannot be a show, a simple rebranding exercise; TUSE must be meaningful and substantive. TUSE must become an institution of equal standing, equal funding, equal impact and equal opportunity for our citizens similar to what the universities provide in every other city-region of Ireland. For the good of Waterford and the South East, our economy, our students, and our children, the government need now to get specific in terms of Headquarters, expansion and configuration of campuses, as well as resources and capital investment for now and the foreseeable future.

In the absence of clarity on these issues we cannot support the application process for the Technological University of the South East as it will not deliver the shift required to allow the region reach the targets outlined in Ireland2040.