Tragic Elisha was "Failed by the System"

Nine months before her body was recovered from the River Suir, it was determined that Carrick-on-Suir teenager Elisha Gault didn’t require additional psychiatric services in the wake of an attempt to end her life. That was the shocking contention shared by her mother Gráinne in a Facebook post over the weekend.
Ms Gault said it was “appalling that Elisha was dismissed” by the relevant services “after one appointment…having made a serious attempt to end her life”.
Gráinne Gault revealed that Elisha (14) had attended an emergency appointment, accompanied by both her mother and father Cameron Moore, with psychiatric services on June 1st 2017. 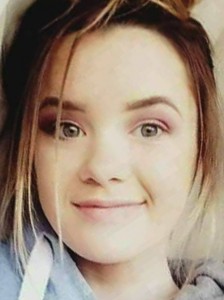 Elisha Gault, whose body was recovered from the River Suir on March 25th | Photos: Facebook

This was in the wake of Elisha’s locking herself “in a bathroom airing cupboard after taking paracetamol and drinking bleach on the back of a cyber bullying incident”.
Following the June 1st appointment, Ms Gault said they “were then sent home to try and cope without direction other than to remove medication from the home and told a follow-up appointment would be made.”
A fortnight later, according to her grieving mother, “they (the psychiatric services) determined Elisha was not in need of their services.”
She added: “I am a mother who has lived in fear of the unknown for so long. I have had to watch pain and suffering and even when we presented with a teen who had made a serious suicide attempt were told she didn’t fit the profile.
“We were left to our own devices and no matter how much love and care we had for our daughter and how much we tried to support her, we are now experiencing the greatest dread of all.”