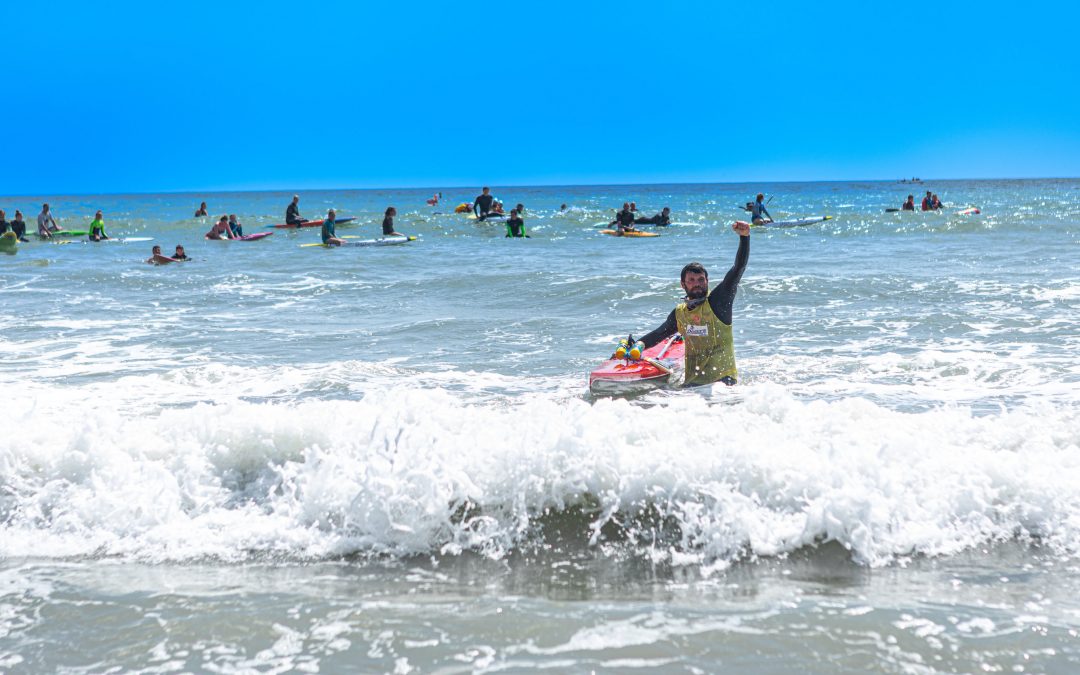 Eoghan Dalton Reports
1,600km later, with over €15,000 raised for charity, a Tramore man has set a world record by becoming the first person to paddleboard prone around Ireland. Jim Swift (37) left the town on 21st June and arrived back Saturday afternoon, completing 1,600km journey around Ireland’s coasts.
The feat, called The Paddle Fada, has also raised a massive €15,000-plus for Waterford Hospice. Speaking to media upon his arrival onto Lady’s Slip, he said he felt a sense of happiness, pride and also gratitude towards people who helped him over the past month. After making progress on the route each day, averaging 5-10 hours per day on the water, Jim rested in diverse accommodation, including hostels, a removal van and a tent. 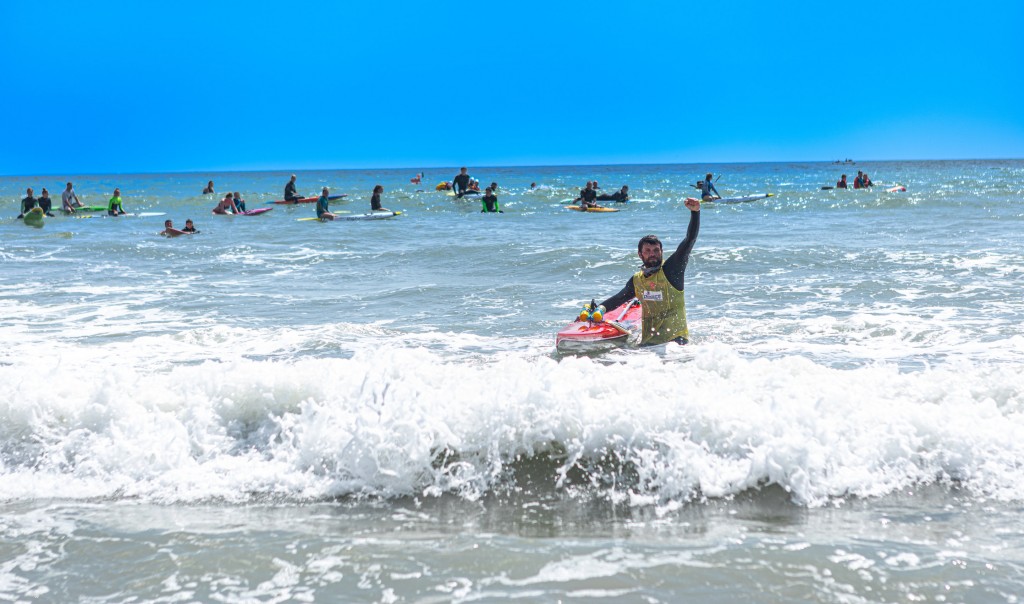 “There a lot of people out there that I want to thank,” he said, “so brace yourselves – there’s some hugs coming up.”Jim, or ‘Swifty’ as he’s known locally, said his reasons for taking on the task were down to “a sense of adventure, and I wanted to prove it to myself, I wanted to collect money for charity and I wanted to promote this great sport, paddleboarding”.He began the journey, undertaken in aid for Waterford Hospice, by paddling west towards Cork and circumnavigated the western and northern coastline, before landing in Howth earlier this week.
Although previously attempted, it is understood that the round-island trip has never been completed before.
Jim had been expected to arrive on Sunday afternoon, if not early in the coming week, due to strong headwinds. However he was ahead of schedule and arrived today to a cheering crowd made up of family, friends and spectators. Jim’s father, Declan and brother, Brian took time off work to support him on a relay basis throughout the trip. His wife, Meadhbh and young sons, Deicí (5) and Art (3) awaited his safe arrival back in Tramore.
Meadhbh praised his perseverance: “When you see the glamour of arriving in and the signs, the people and the press, you think, ‘wow’.”But it’s all the 5am starts doing the core workouts in the sitting room, getting up 5 to half 6, going for a paddle and being back before work.”She added that there had been gym, swimming, running and cycling sessions for over a year, which people would never see, which “all lead to this moment”.
No stranger to extreme sports, Jim’s previous feats include swimming the English Channel and running a non-stop-triple-marathon from Cork to Waterford, raising considerable money for various charities.Well known for his ultra-endurance exploits, most notably as a swimmer, the schoolteacher’s All donations go directly to Waterford Hospice and none of the money donated goes towards funding the trip.
Costs for the trip came out of Jim Swift’s pocket with some sponsorship from local businesses, such as Dooley’s chipper and others in the town.Speaking with Damien Tiernan on Déise Today, he said the best places on his mammoth journey were the Copper Coast, north Mayo and Antrim. The worst part was trying to navigate the fog off the coast of Co Down. However his GPS and a safety plan helped him through. Jim hopes his achievement will encourage others to take up the paddle board and embrace the sport.