Eoghan Dalton Reports
Expansions to Traveller accommodation sites in parts of Waterford city may still take place despite being knocked back by Councillors. The local authority had brought plans to build seven new accommodation bays at Carrickphierish and five group houses at Green Road, Ballybeg. However, these were rejected with Councillors alleging anti-social behaviour as being key to their opposition. 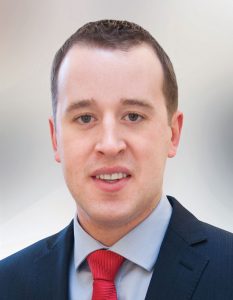 Since the developments were overwhelmingly opposed at last week’s Metropolitan District meeting, on October 21st, some members have admitted privately that Waterford Councillors may lose their right to have a say on developments in future. A campaign has been emerging nationally calling for local Councils to be bypassed in the planning process in relation to Traveller accommodation.There is also the possibility that the Council’s chief executive could use his emergency powers to force through the development.
At last week’s meeting, the Council had insisted that there’s a need for the seven bays at Carrickphierish to accommodate extended family members of the clan residing at the site. Senior Planner Joe Sullivan said the scheme would have granted families living on a roadside by the site the means to live on a properly serviced site. Many Councillors opposing the expansion of the Carrickphierish site said they would support the development if there will be enforcement on people setting up new caravans around the grounds.
On this, Mr Sullivan said the Council does move on Travellers who are not related to the original family on the site.
He added that keeping one family to one site would be preferable to separating the members.
Cllr John Cummins (FG) delivered the ultimatum to the Council officials: “When this is provided that if there is a caravan that pulls up on the Carrickphierish Road that it will be removed within the statutory process, and removed within the specific time period, I think I’m right in saying 72 hours.”When Mr Sullivan replied that the Council is already moving people on, Cllr Cummins said the rules were not being enforced at Carrickphierish and added: “I’m trying to help you here.” Cllr Seamus Ryan (Lab) said he supported the development and said there is an obligation on the local authority to provide housing for all members of society.
Meanwhile, according to one Councillor, quarterly meetings concerning accommodation between Waterford Council and local Traveller groups have achieved nothing. Cllr Jim Griffin (SF) said settled residents have had their lives impacted by anti-social behaviour in the area including horses roaming free. “I would have been sympathetic but in the five years I sat on that, it was the most frustrating committee I ever sat on,” he said.
“Between Travellers not turning up and in-house feuds between them and having no representation…I’m not sure it’s after changing now.”Both developments were rejected by a clear majority of Councillors.
Between 2011 and 2016 Waterford City and County saw the third highest increase in Traveller population.
The local authority was previously included in listings of Councils which had drawn down less than half of the funding available for Traveller accommodation.