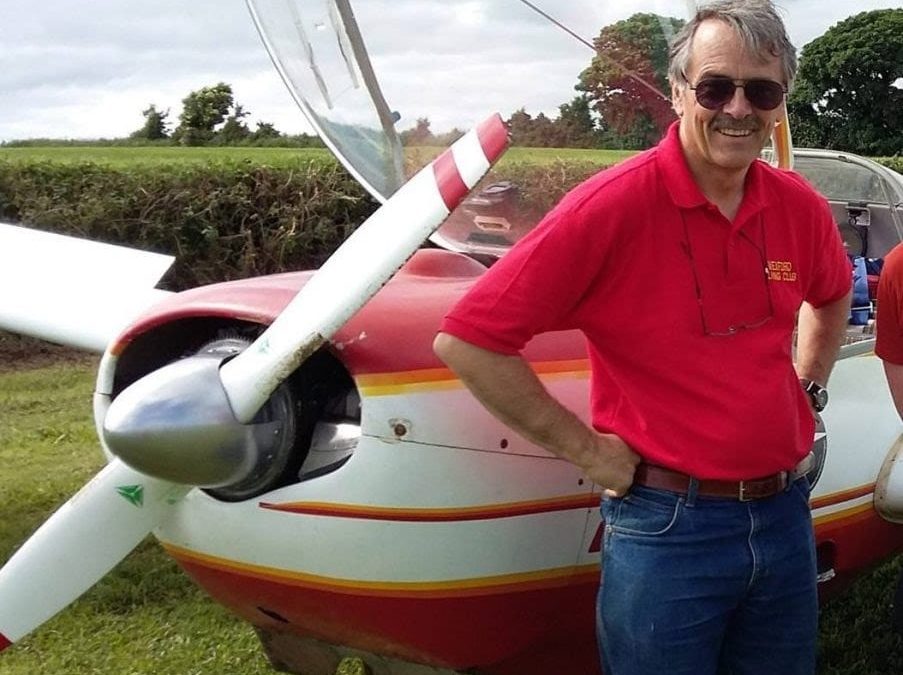 Eoghan Dalton
A former manager of Waterford Airport who died in Sunday evening’s aircraft accident in County Wexford has been described as a highly accomplished pilot and an “absolute gentleman”. Peter Tawse (61) from New Ross, and his flying partner John Finnan (58), Co Kildare, died when their light aircraft came down near Duncormick 15 minutes after they took flight. The causes for the crash are unconfirmed and the Air Accident Investigation Unit and the Irish Aviation Authority are examining the circumstances surrounding the incident. Friends who knew Mr Tawse said he held a sincere passion for aviation and also loved educating younger generations about aircraft and flight.
He was remembered by the Waterford Aero Club as a “very good friend to many” and whose loss would impact on the entire Irish aviation community.
Willie Cullinane, who knew Peter since the 1980s, said they flew together “all over Europe”.
“Peter was always a pilot. He was an exceptional pilot,” he said. “Flying was his thing. He had no interest in anything else.”
Mr Cullinane said that Peter Tawse was a quiet man but who would also have been careful in everything to do with aviation.
“He would have been very meticulous in everything he did, and he was responsible for a lot of people getting their license for flying,” he added.
Peter Tawse grew up in England and resided in Kent, south London before coming to Ireland in the 1980s.
He moved to County Wexford and worked in Wexford Flying Club as an instructor before continuing the role in Waterford.
In 1982, Mr Tawse began teaching people to how to fly aircraft, amassing over 7,000 hours flying experience as of 2016.
He became widely known through his role as manager of Waterford Regional Airport, from 1987 to 2003. The airport had opened only a few years earlier, in 1981, and he helped develop its services, including its addition to Federal Express parcel routes. 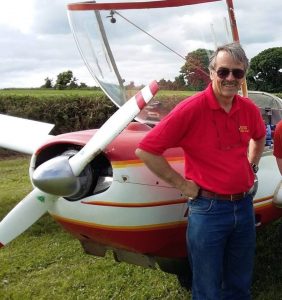 A tragic incident which occurred during his tenure was when four Air Corps crewmen died when they crashed into sand dunes at Tramore in 1999. They had tried navigating dense fog and were forced to cancel three attempted landings at the Airport. Subsequent to Waterford Airport, Mr Tawse was chief flying instructor at a flying club in the ILAS Airfield in Taghmon, Wexford, which was where he had taken flight from on Sunday evening. He was also a classroom instructor and worked across the region at second level and third level. During a part-time stint at Institute of Technology Carlow (ITC), he taught aircraft general knowledge on the B.Eng in Aircraft Systems.
Three years ago, he developed an evening course, a certificate in Light Aircraft Pilot Licence Ground Studies which was delivered through ITC’s Faculty of Lifelong Learning.
“He was brilliant flight instructor and will be sadly missed by all who knew him,” said Gerard Gibbs, programme director in aerospace engineering and aircraft systems at IT Carlow.
Tributes were also paid by New Ross Councillor Michael Sheehan: “As Cathaoirleach of Wexford County, I would like to express our deep shock and sadness to the families and community of the casualties of the accident. It is with a deep sense of loss to have learned about the fatal crash.
“I would like to thank all those involved in the recovery and to especially thank the emergency services for their duty, diligence and speedy response to this emergency. All those involved are in the thoughts and prayers of Wexford.”Peter Tawse married late in life, in the past decade, to Ms Kay Furlong from New Ross. The couple lived in a cottage in Old Ross near the town.
Mr Tawse is survived by his wife, his mother and two sisters.