WARM tributes have been paid to the 24-year-old man who died in a road traffic accident near Ardmore at the weekend.Darrell Hurley died following a two vehicle collision, involving a car and a lorry, on the N25 near Bawnard at approximately 4.30am on Saturday. He was the sole occupant of the car and was pronounced dead at the scene. The male driver of the lorry was removed to University Hospital Waterford with non-life threatening injuries.The stretch of road was closed for a period on Saturday to facilitate an examination by Garda Forensic Collision Investigators. 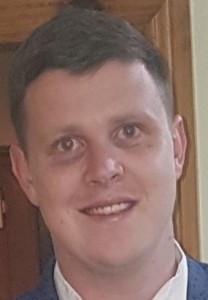 The late Darrell Hurley, who was killed following a two-vehicle collision near Ardmore on Saturday last.

Darrell, a former student of St Declan’s Community College, Kilmacthomas and Waterford Institute of Technology (WIT), had worked as a Manufacturing Engineer with Nypro, Waterford and as a Validation/Manufacturing Engineer with DePuy Synthes Companies in Cork. He is survived by his parents Michelle and Paul, sisters, brother, partner Chantelle, grandparents, aunts, uncles, extended family and friends.
In a Facebook post, Tramore Boxing Club said: “It was with great sadness that Tramore Boxing Club learned of the sudden and untimely death of one of our former members Darrell Hurley. We would like to extend our deepest sympathy to the Hurley family at this time. May he rest in peace, from all at Tramore Boxing Club.”
Reposal took place at his residence in Ballyvooney, Stradbally yesterday (Monday) with Requiem Mass taking place today (Tuesday) 11th December at 12 noon in Holy Cross Church, Stradbally followed by interment in the adjoining cemetery.
Anyone who may have witnessed Saturday’s collision, or who may have dashcam footage, is asked to contact Dungarvan Garda Station on 058-48600, the Garda Confidential Line on 1800-666-111 or any Garda Station.