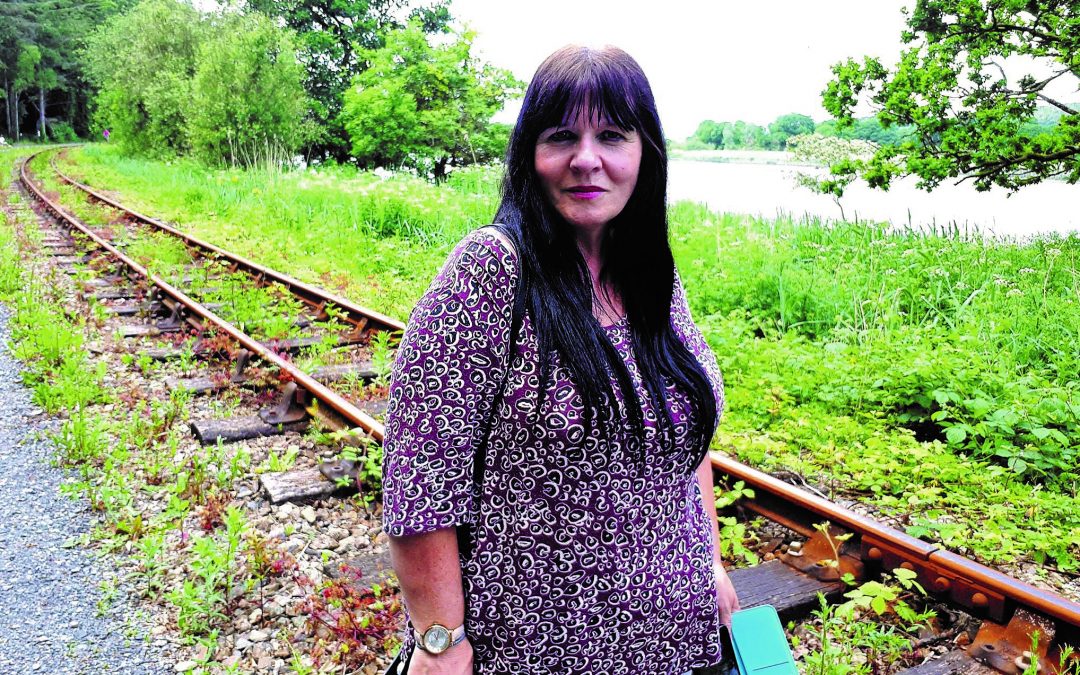 Warm tributes have been paid to Munster Express columnist and local campaigner Bernadette Phillips who has died aged 64. She had been diagnosed with cancer in October and died in University Hospital Waterford (UHW) in the early hours of Monday morning January 9th. Bernadette was a passionate advocate for the rights of older people as well as issues such as health equality and education. A sociologist and researcher, Bernadette had a large online following and was a regular contributor on both local and national radio stations. She served on Waterford Older People’s Council and was involved with both Tramore Community Radio (TCR) and Community Radio Youghal (CRY). In 1997, she founded the Waterford Student Mother’s Group aimed at supporting teenage mothers to remain in mainstream education. She also taught personal development classes in schools and worked with University College Cork (UCC) in teaching disability studies and social science. She was endorsed by the ‘24/7 Cardiac Cover for South-East’ group to run as a local election candidate in Waterford in the general election of 2020. She is survived by her beloved partner Stan, her two sons, grandchildren, extended family and a wide circle of friends.

Bernadette Phillips: a passionate campaigner with a zest for life

Writing about Bernadette Phillips in the past tense doesn’t make sense. How can someone with such a zest for life be taken from us ahead of her time? As a passionate advocate for the rights of older people, it’s cruelly ironic that Bernadette didn’t get to experience her senior years in all their glory. The wave of tributes to Bernadette since her passing in the early hours of Monday morning January 9th clearly highlight the esteem in which she was held by so many people. Bernadette’s humanity and warmth drew people to her. She possessed a genuine interest in people and places and could identify with a whole range of issues. 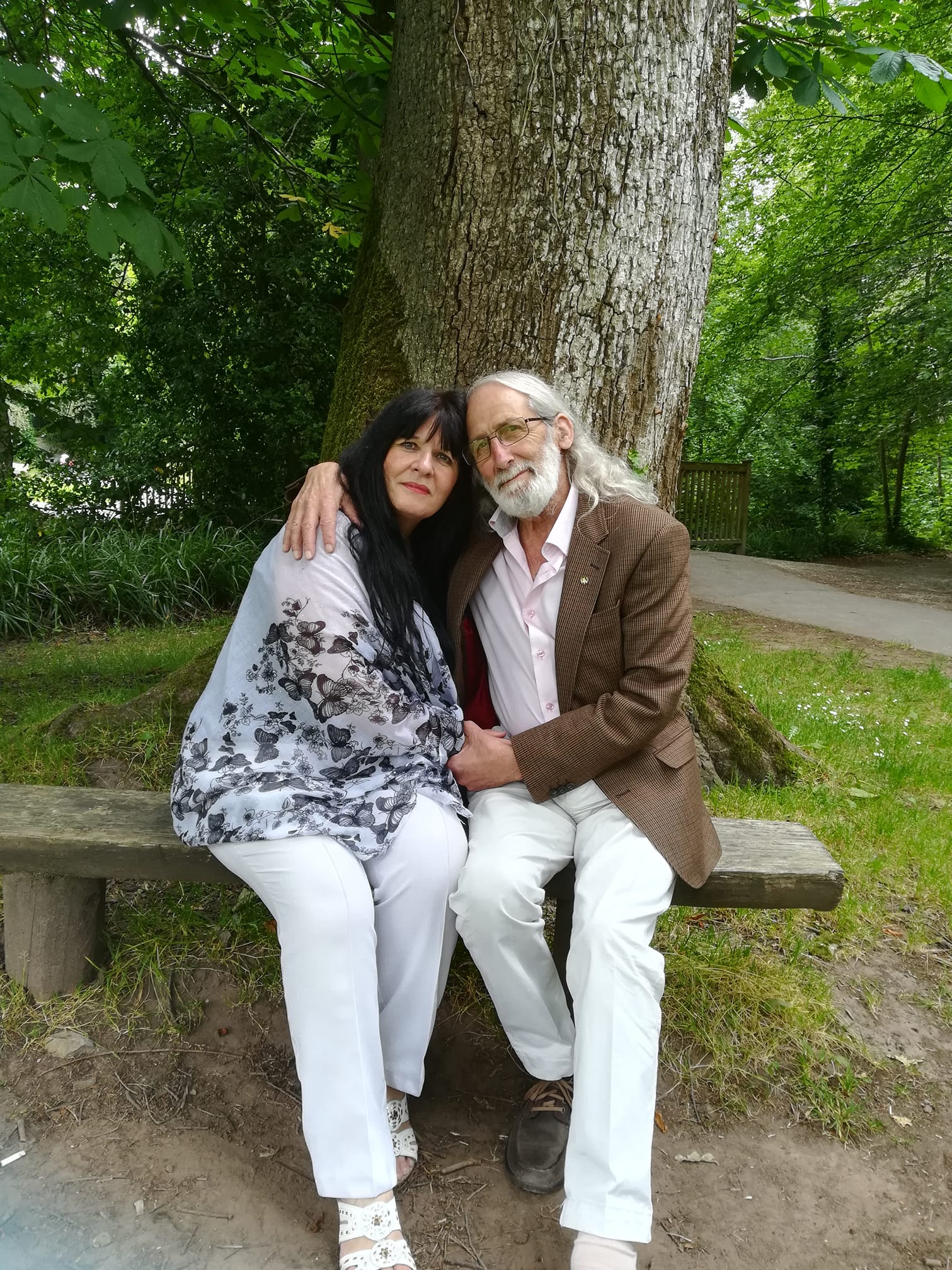 In February 2019, I published a two page spread on Bernadette as part of my ‘Foley on File’ series which focused on her popular ‘Moments in Time with Bernadette’ series.  Sometimes it’s the small gestures we remember best. I can vividly recall conducting the interview with Bernadette on my birthday, February 5th, and seeing her arrive into the office of The Munster Express with Leonidas chocolate for the occasion. We discussed her ‘Moments in Time’ social media campaign and how she had decided to embark on the series as a new challenge after turning 60 the previous September.  Her words from that interview take on a great poignancy now.   “Moments are very important – especially when you get a bit older!” she said. A year previously, on her 59th birthday, Bernadette had set herself the task of creating videos entitled ‘Daily Walkabouts with Bernadette’ which featured her general musings on life along with positive and inspirational messages. “Even if I wasn’t out and about I would do something in my garden. I love gardening and I would comment if I saw something inspiring. Sitting by an open fire is also a great way of finding inspiration,” she said. Due to the popularity of this series, Bernadette decided to branch out and create ‘Moments in Time’.  From the outset, Bernadette wanted to focus on what we have here in Waterford rather than what we don’t. “There are amazing people doing incredible things that we don’t hear enough about,” she said. “We often talk about the people who are very well known and what they are doing but what about all of the others?”Bernadette said her passion for ‘Moments in Time’, as well as her decision to constantly set herself new goals, was crucial to retaining a zest for life. She spoke of the importance of being open to new opportunities and living life with a new perspective. “We can close our eyes very tightly and go down one road or we can keep our eyes open to life and opportunities and look around and give ourselves a chance. Life happens beyond the comfort zone. It never really happens if we live tightly in the bud.” 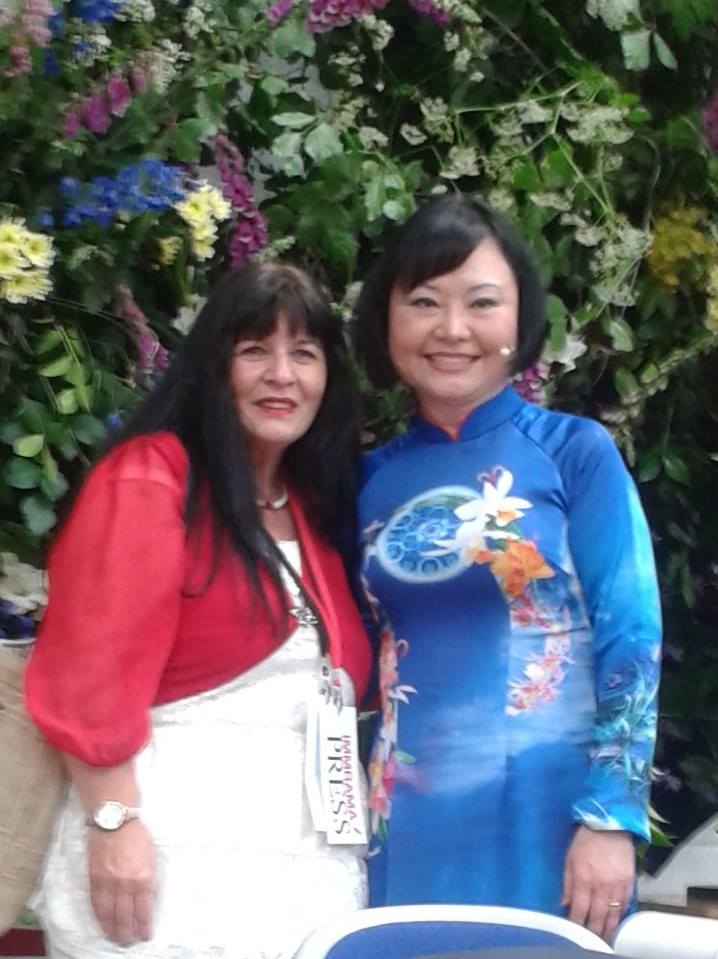 Bernadette with Phan Thi Kim Phuc at the Lismore Immrama Festival in 2016.

Bernadette always encouraged people to “break the ground” and reflect on the legacy they will leave “Life becomes an existence sometimes, but it must never become like that,” she said. Among her many passions were intergenerational projects and, in addition to being a passionate advocate for the rights of older people, Bernadette also took a great interest in the younger generation. “I often say to younger people, ‘nobody can define you – everybody is unique’.  There isn’t another person like you in the whole world so stop the comparisons. We need to get that message out there.” Bernadette possessed a vast knowledge of local history and heritage and this was clearly evident in all of her material. But Bernadette was first and foremost a social justice campaigner who always sought to right any wrongs. “I strongly believe in equality, justice, freedom, and believe I have an obligation to talk about these things,” she said during one of our interviews. At the launch of her general election campaign in The Tower Hotel in January 2020, Bernadette delivered an inspiring speech in which she spoke of her aims which, in addition to obtaining 24/7 cardiac care for UHW, also included the establishment of an Ombudsman for Older People. She would truly have shaken up the corridors of power if she had made it to Dáil Éireann. While unsuccessful in her election bid, Bernadette arguably had an even greater impact than many politicians have had in the intervening years as she genuinely touched so many lives at so many levels. Her profile rose considerably following that campaign and, during the Covid-19 pandemic, she began writing a weekly column, ‘Phillips in Focus’, for this newspaper. It was clear from the outset that Bernadette was in tune with the issues facing people at that time from a health, financial, and psychological perspective. She went on to cover a diverse range of topics in her column each week and in December she openly and honestly wrote about her cancer diagnosis. Bernadette was also a very talented singer and I recall hearing her belting out a wonderful rendition of ‘Boolavogue’ in Dunphy’s Pub, Kill when a book by local author Tom Power was launched by her beloved partner Stan some years ago. Of course no mention of Bernadette is complete without Stan, her steadfast companion. The charming duo were a familiar sight to many across Waterford City, County and beyond.  In February 2022, they featured in a special Valentine’s Day episode of RTÉ’s ‘Nationwide’. Stan previously told me that the couple celebrated three anniversaries each year: the anniversary of the day they met; the anniversary of their first kiss; and the anniversary of the day they moved in together. Their love and care for each other was truly heart-warming and Stan was a constant presence by Bernadette’s bedside throughout her illness and he posted many touching tributes to her online. Bernadette’s genuine interest in people continued unabated during her time in University Hospital Waterford. She delighted in getting to know her fellow patients and enjoyed listening to their stories. She developed relationships with the doctors, nurses and cleaning staff and had a word for everyone. 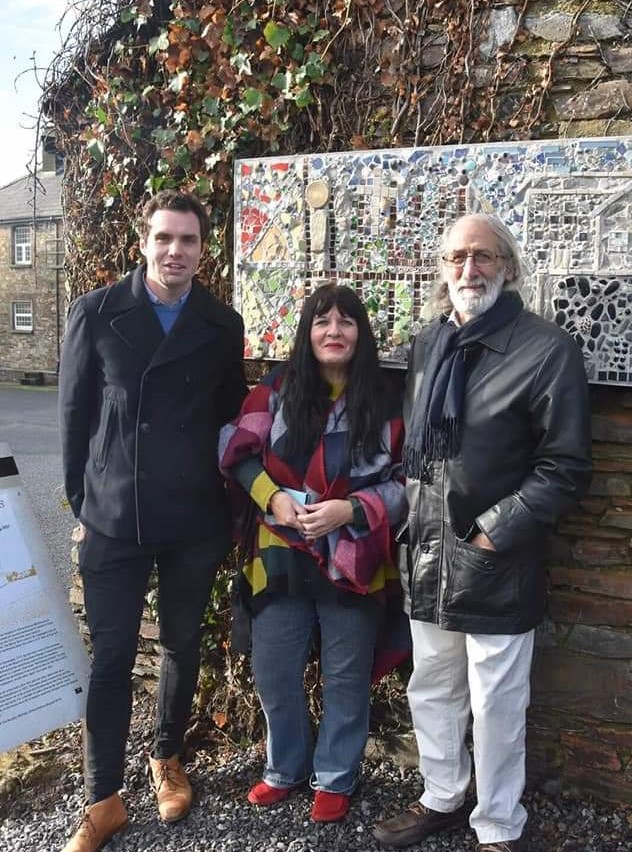 Kieran Foley of WLR FM and formerly of The Munster Express pictured with Stan and Bernadette at the unveiling of a mosaic by Kilmacthomas Women’s Group.

I visited Bernadette at the Palliative Care Unit at UHW in December. Despite her diagnosis, she spoke of being at peace and having contentment. During my visit, we also spoke about many different events which we had both attended locally. She delighted in recalling her visits to the Immrama Festival of Travel Writing in Lismore.  Her eyes lit up as she spoke about meeting peace activist Phan Thi Kim Phuc who was famously pictured as a child in the Pulitzer prize winning photo entitled ‘The Terror of War’ taken during the Vietnam War. And despite her own personal struggles, Bernadette wanted to hear all the details about my new role at WLR FM. She provided cherished words of encouragement and I hope to honour Bernadette through all of my future work. Bernadette also had plans for her future columns in The Munster Express and was determined to embark on a campaign to highlight the importance of blood donations having had first-hand experience of the importance of blood transfusions. So let’s all make a pledge to honour Bernadette’s memory and donate blood at the next available opportunity. Let’s also all live life ‘in the moment’, grasp any opportunities which come our way, and strive to fulfil our potential in all that we do. But of course this isn’t the end for Bernadette – just imagine the many people she is now meeting and  interviewing; the stories she is telling; and the songs she is singing. Bernadette was a great admirer of the late Vicky Phelan and both of these remarkable women are now together again, no doubt discussing social issues and putting the world to rights.