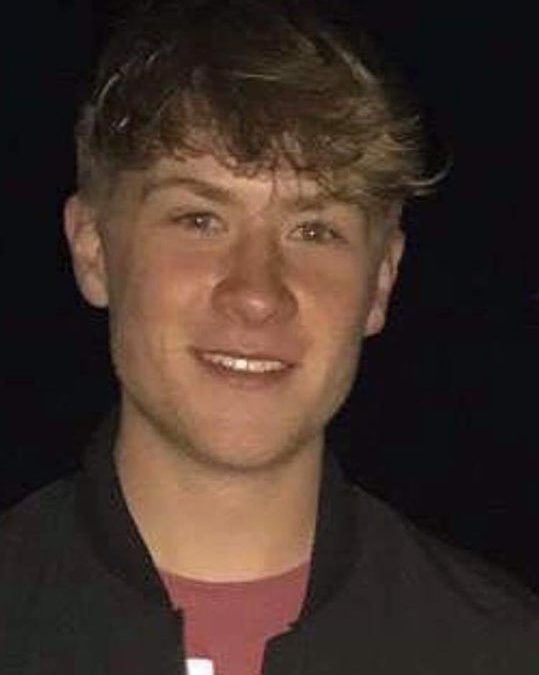 Eoghan Dalton Reports
A Waterford teenager who died following a collision over the weekend was to receive his Leaving Cert results today (Tuesday). Jack McGrath from Abbeyside in Dungarvan was in a single vehicle crash on the N25 outside Midleton, Co Cork on Saturday morning last at 1.20am.He has been described as a bright young man and gifted GAA player, who had a “promising life tragically cut short both on and off the field”.
The 18-year-old was on his way to collect his parents from a wedding at Fota Island Resort in Co Cork when the crash happened.However, his VW Golf hit a wall at Castleredmond, and a passing motorist contacted emergency services for help.Jack, who suffered serious head injuries, was raced by ambulance to Cork University Hospital with but died on Sunday morning.He is survived and mourned by parents Johnny and Lucia, sister Holly, girlfriend Áine, grandmother Mairéad and his uncles, aunts, extended family and friends 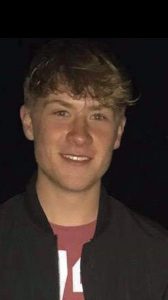 18-year-old Jack McGrath was at the wheel of his VW Golf when it struck a wall near Midleton, Co Cork on Saturday morning.

Tributes have been paid to the young man since the news broke.Dungarvan CBS Principal Paul Sheehan said Jack was an integral part of the school’s community who will be missed by staff and students alike:“He was a very popular student, who always gave his best and was always a gentleman.”Brickey Rangers GAA, with which Jack’s family is synonymous, said “words cannot express the emptiness and sorrow felt by all within the club”.
“Our club is shocked and heartbroken at the great sadness of the passing of one of our best loved and admired players Jack McGrath.“Jack was a unique and gifted player who wore the black and amber colours with great pride in both football and hurling. There is no doubt he had a very promising life tragically cut short both on and off the field.”The club remembered Jack as a “bright, outgoing and lovable young man whose popularity amongst close family and friends was so respected”.
“Our sincere sympathy to his loving parents Johnny and Lucia and his sister Holly and all the McGrath and Quealy family,” it added. “Our prayers and thoughts remain with you at this time.”A number of GAA club championship matches were called off as a mark of respect over the weekend. Funeral arrangements have been announced for Jack McGrath, reposing at his home, Foulouse, Clonea Road (X35 FP64) tomorrow (Wednesday) afternoon, 14th August, from 4pm with Rosary at 7.30 p.m.
According to Gardaí forensic collision investigators have examined the scene of the crash and a post-mortem examination will be arranged. A file will be prepared in accordance with the Coroners Act.
Gardaí have appealed for witnesses or anyone who can assist them to contact them at Midleton Garda Station on 021-4621550.