Tributes to the Late John Carey

WARM tributes have been paid to one of Waterford’s longest serving Councillors who died after a short illness.The death of Fine Gael’s John Carey (75) was announced on Saturday last. He was first elected to Waterford County Council in 1979 and served as Mayor of the County in both 1984 and 2004. He spent 25 years with Waterford Harbour Commissioners as both a diver and as a relief crewman on the ‘Portláirge’ dredger.As a proud community man, he enjoyed an association with many groups including a lifelong involvement with Passage Hurling Club.
Tributes continued to pour in as a Book of Condolence was opened at City Hall yesterday (Monday).
Mayor of Waterford City & County Cllr Declan Doocey (FG) said: “It’s a sad day for Waterford. John was a great friend to all of his colleagues on the Council regardless of party affiliation.”
Chief Executive of Waterford City & County Council Michael Walsh described him as “an experienced and dedicated public representative”.He said his work with the Waterford Harbour Commissioners was part of his everyday life and representations, as was the Waterford Estuary itself. Senator Paudie Coffey (FG) described him as a “proud and passionate Waterford man who served his community in public life for four decades”.He said this was “an honourable achievement” that his family can be so proud of.
Senator Coffey added: “John was such a proud Passage GAA man also and he gave great service over the years to his club. It was great to witness his delight a few years ago when the men in red captured the senior county hurling title. “ 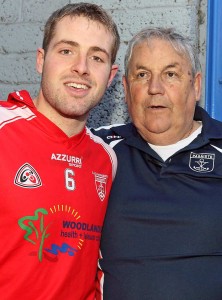 Cllr Lola O’Sullivan (FG) said of her party colleague: “He was a true friend of the people, a man who made public representation first and foremost in all he did. He will be sadly missed by his family, his colleagues on Waterford City & County Council and by his constituents.”Many others have paid glowing tributes to Cllr Carey, including from across the political divide.
Minister of State John Halligan (Ind) said Cllr Carey would be sadly missed and described him as “a hardworking and committed public representative who was held in such high esteem in his local community”. Cllr Jason Murphy (FF) said he was “a great friend, a consciousness and diligent Councillor for many years who was passionate and protective of his people particularly of his beloved Passage. Straight, honest and to the point”.
Cllr Damien Geoghegan (FG) described him as “an immensely popular figure in the Council Chamber” and “a loyal and honourable friend who adored his family and his beloved Passage East”.
Cllr Blaise Hannigan (Ind) said Cllr Carey “worked tirelessly for people of Passage and surrounding area as a dedicated Councillor”. Cllr Eddie Mulligan (FF) said: “John and I supported each other politically on everything coastal, estuary and to do with Passage East. However, as fellow divers and seamen the conversations I enjoyed most were those comparing his diving days to mine with the Navy. Consequently, I was honoured when John was Deputy Mayor of Waterford City & County to escort him to receive an Honour Guard from the Naval Reserve at the National Day of Commemoration. We had a great day that day reminiscing about both our diving and afloat days. Cllr Carey passionately represented his area and it was a pleasure to work with him. ”
Cllr Adam Wyse (FF) said Cllr Carey’s death was “a very sad day for Waterford” and described him as a man who “spent his life committed to his family and his county”.
“I was lucky to have John as my Deputy Mayor in 2016 and as a colleague in Waterford City East for the last four and a half years. I know the people of Passage East will miss his work ethic and assistance in the area he was so passionate about. He will be sadly missed by the people of Waterford and I hope his family know how appreciated he was by the community as an honest and knowledgeable person and politician. ”
The Book of Condolence will remain open at City Hall until Friday 14th at 5pm.The funeral of Cllr Carey will take place today (Tuesday), with requiem mass at 12 noon at St John the Baptist Church, Crooke. Burial will take place afterwards in Crooke Cemetery.He is survived by his wife Ann, his sons Seán, Kieran and Liam, his daughters Nancy and Sharon, his extended family and many friends.