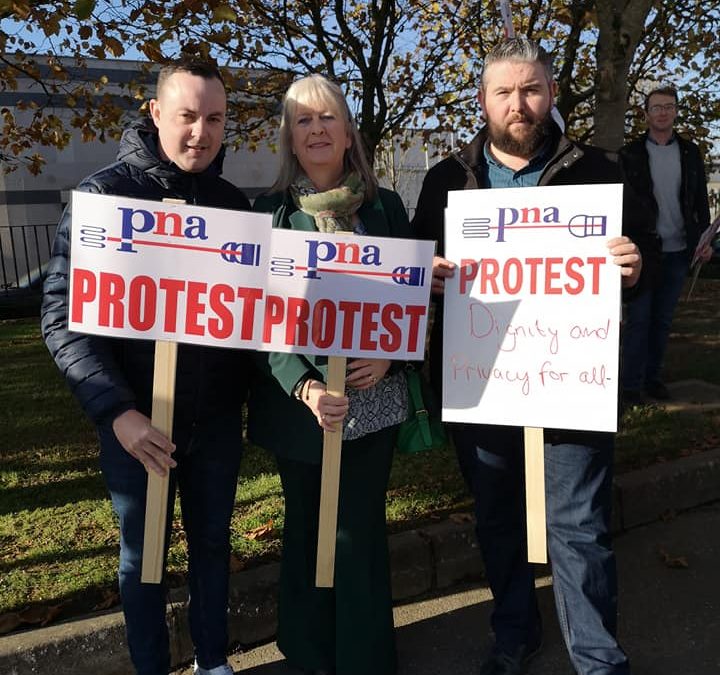 Eoghan Dalton Reports
Conditions at the department of psychiatry at University Hospital Waterford have improved in recent days following a campaign to highlight heavy overcrowding in the unit, according to the chairwoman of Waterford’s psychiatric nurses union branch. Leish Caulfield told the Munster Express that the unit has not been overcrowded in several days following severe conditions overtaking the unit for the October Bank Holiday weekend. 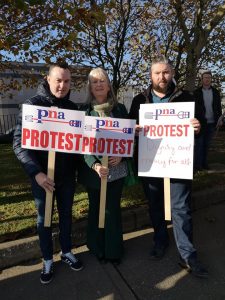 Patients had to sleep on the floor and chairs while four psychiatric nurses were assaulted across the weekend, which was described as “unprecedented” by the Psychiatric Nurses Association (PNA). “Admissions to the unit are no longer being considered as the first step and that is important,” said Ms Caulfield, who added that treatment pathways were beginning to be put in place for patients.
This means that there is less chance of delays taking place in the discharge of patients from the unit, she added. Ms Caulfield also welcomed a commitment to strengthen community resources such as day centres in Waterford. Funding has been approved to develop a 24/7 day hospital which will be located at the Brook House Day Centre on the Cork Road in the city, according to the HSE. Recruitment has commenced for the centre.
While conditions have improved, Ms Caulfield acknowledged it is “early days” and so the PNA’s industrial action remains ongoing: “Any decisions to step down our actions would be decided at a branch meeting once the issues of overcrowding and staff issues are addressed in a meaningful way or there is commitment to resolve both issues.” She added that the recruitment of a clinical director to the unit had also boosted morale. “We all no that if there is no governance then it becomes harder, and we were without a clinical director for approximately a year.”
Last Friday afternoon the PNA organised a protest at the hospital in light of the conditions at the unit.
“It was well attended and well supported,” Ms Caulfield said. “There was a lot of public support as well as from staff and service users.” Patients who attended the protest said they were there to voice that “standards should be met and that the service should improve”.
An apology from the HSE towards patients and staff at UHW was also a “huge comfort”. “Unfortunately it took media campaign to do this but we have to advocate. We’re hoping that the continuum of care will maintain and that we can build on the progressive steps taken so far.” The situation at the unit drew national attention. On Monday night Wexford County Council members were preparing to vote to condemn the conditions at the unit.
Regarding reports in local media that security guards were required to care for patients in the ward, Ms Caulfield said: “Security guards would never be utilised for care. They would be used in other parts of the hospital but obliviously not in a nursing capacity.”
She said she believes a “mix-up” occurred due not just to security guards being deployed elsewhere in UHW but also because nurses on the psychiatric ward had withdrawn from many tasks within the unit over the past 22 months. “As part of our industrial action we don’t answer the phone and we don’t open the door into the ward – we don’t do anything outside of patient care. That was maybe where it was misconstrued.” She said a risk incident form which had been published also did not match the nationwide formatting for forms to be filled by psychiatric nurses.