Hospital’s workforce now higher than pre-crash tally
University Hospital Waterford (UHW) has a bright future, one which will consolidate its status as the South East’s primary medical facility, its General Manager has declared.
Speaking exclusively to The Munster Express on Friday last, Richard Dooley stressed: “It’s conveniently forgotten in some places, but our clinical footprint is across the whole of the South East, and that’s the basis on which we plan and deliver a lot of our services. We have a number of regional specialties that are only based here to serve the South East, and that includes the people of Waterford, Carlow, Kilkenny, Wexford and South Tipperary.” 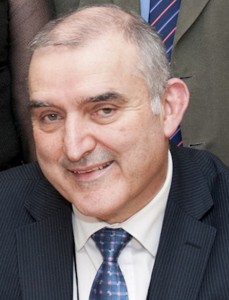 Admitting that “maybe we’re guilty of having not got (the message) out there often enough” in relation to a more vocal public dialogue about positive developments at UHW, Mr Dooley said the hospital’s end of year job numbers spoke for themselves.
“Head count wise, we have about 2,200 (working at UHW) and in whole time equivalents (WTE) we have 1,880, which is significant by any measure,” he stated.
“We have had our challenges over recent years, and the austerity years certainly weren’t easy on public hospitals…but I’m happy to note that over the past five years, since 2013 when we were at our lowest in terms of WTEs (1623), and that was from a high of just over 1800 in 2008, we’re now at 1,880, which means there are three per cent working here now than what there was at the peak of the boom, and that’s having lost a significant number of posts in between.”
Consultant numbers at UHW has risen from 74 in 2007 to 108 currently, “the highest number ever”, Mr Dooley added. And with six new consultant appointments due between now and the end of the year, coupled with the €32 million opening budget increase since 2016, Richard Dooley believes the hospital has “turned a corner”.