Under The Munster Microscope: Mick Wall 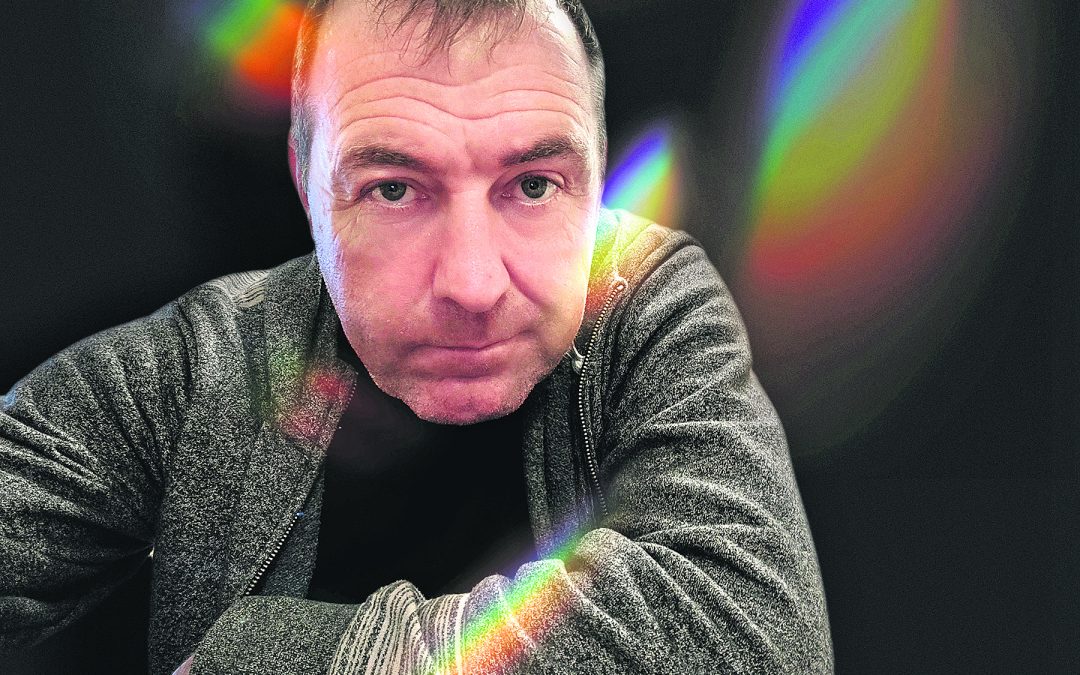 Mick Wall of ‘Déisepix’ is a popular local photographer who is well-known to many across Waterford through his work as a freelance photographer with The Munster Express. Mick lives in St. John’s Park with his wife Sinead and their son Brian.

During the course of his work, Mick normally attends local events of all sizes and descriptions.  The Covid-19 pandemic eradicated almost all of these events, but Mick is eagerly looking forward to the resumption of more activities in Waterford within the coming weeks and months.

Well, I was always a bit of a tearaway, getting into all sorts of scrapes. Like on the morning of my First Holy Communion, my parents couldn’t find me until they discovered me up a tree in a place that we called the ruins behind the Waterford Crystal factory on the Cork Road and I cut my face climbing back down, so you can imagine what the photos looked like before Photoshop was invented. My mother still talks about it to this day.

I never thought I would be a photographer. I was a welder and a forklift driver for over 20 years until the recession hit and I had to turn a hobby into a job and I never looked back.

I’d never hero worship anyone and I don’t get starstruck but I had the pleasure of sitting and chatting to Christy Dignam of Aslan one night after a concert. To hear first-hand of the battles he had to fight for years, and still fights, just amazed me.

I watched a documentary recently on Global Cycling Network (GCN) about a girl called Orla Walsh, who spent most of her 20s drinking and smoking to excess, partying too much until she decided it was time to stop so she started cycling through Dublin to college every day. She discovered that she really liked it and was quite good at it too so she kept training and she became the Irish national track sprint champion last year at 31 years old.

If I could go back in time and tell my younger self one thing, I would say. DON’T DO IT, IT’S GOING TO HURT. Ha-ha.

What’s your favourite piece of art (book, film, song, album etc.) and why?

I can’t sit still for long enough so reading is not my thing (it takes me almost a week to read a newspaper). I’m a 90’s kid so I grew up with dance music. I listen to The Prodigy’s albums ‘Experience’ and ‘Music for the Jilted Generation’ fairly often. I also love Queen. ‘Hammer to Fall’ is a decent track.  ‘Goodfellas’ has to be the best film ever made. 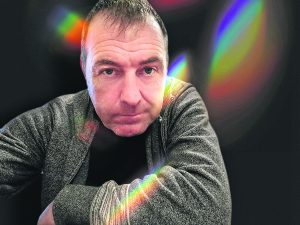 When I’m on my own, I like to take the bike out and go for a cycle along the Greenway or the Copper Coast but that’s a new thing that I only started doing. I only got back on a road bike properly last year after about thirty years.

When I have my family around me, I like nothing more than watching a Liverpool match, especially when their goalkeeper Alisson Becker scores the winner with his head in injury time, or a Déise hurling match on the box with some good food and a craft beer or two.

Family. My wife Sinead and son Brian. They keep me out of trouble (mostly).

I have absolutely no patience. I hate waiting for anything, everything needs to be straight away. For example, the first thing I say when I order something is, ‘how long will it be?’ But I’m getting better since Covid happened. I know things take longer.

I can’t stand rude people, A simple ‘please’ and ‘thank you’ goes a long way. 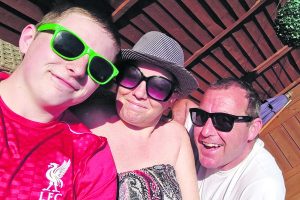 Mick with his wife Sinead and son Brian.

I would probably put an end to child exploitation and trafficking. Every child deserves a good life without the fear of abuse of any kind.

A professional photographer ha-ha. Seriously though I often think of my old life as a welder. It was a job that I loved doing and still miss sometimes but I’m happy where I am now. It’s good to be your own boss.

Do you have regrets, or are you someone who looks forward?

I don’t have even one regret, everything that happened in the past (good or bad) led me to where I am today. Every day is an adventure so live for the moment, no need to look forward.

I’m a bit of a nerd. I love to sit down and watch a superhero movie every now and again. I like low budget B movies too. 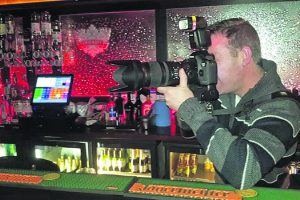 I love the scenery here. At the moment my favourite places to go are the cliff walk in Dunmore East or, if I go for a cycle, I would head for the Greenway as it doesn’t have many hills. Hills are my enemy – they aren’t good for my 49-year-old knees.

Well we were supposed to go to Utrecht in Holland last year but lockdown happened so I still want to see there or I’d love to go back to Orlando just for the good weather and maybe meet Mickey Mouse (again).