"UNUSUAL TRAFFIC AT THE GRAND"

Eoghan Dalton Reports
A ‘hypothetical question’ at a recent Council meeting has led to speculation over the future of Tramore’s vacant Grand Hotel.
It comes after Waterford City & County Council (WCCC) confirmed that planning permission is not required for direct provision facilities, which house those in the asylum seeker process. Cllr Joe Conway (Ind) told a senior planner during the February Metropolitan District meeting that he had seen “some unusual traffic going in an out of it lately”. 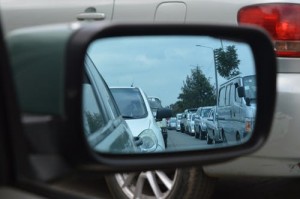 The Grand Hotel was sold to new owners in 2014 but has since stood idle. Councillors voted overwhelmingly last July to draw on all of the local authority’s powers to force action on the premise, with a dereliction notice being served on it more recently.
Property sources have cast doubt on the suggestion that it may be converted into a direct provision centre, adding that the hotel is currently being shown to potential buyers.