SOUTH Kilkenny’s Vicky Phelan hopes that women will continue to undergo cervical smear tests – despite being a victim of a botched test.
Originally from Mooncoin, Vicky (43) now lives in Annacotty, Limerick with her husband Jim and children Amelia (12) and Darragh (7).
Last Wednesday, she was awarded €2.5 million in the High Court because a smear test carried out seven years ago, which showed no abnormalities, was found to be incorrect following a review. 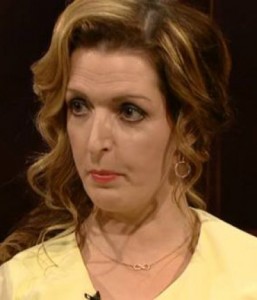 She sued the HSE and Clinical Pathology Laboratories Inc (Austin, Texas, USA), over the botched smear test which was carried out as part of the national cervical screening programme, Cervical Check.Vicky underwent her smear test in 2011 and was told that her results came back completely clear of any abnormality. It has since transpired that, in 2011, she already had cancer. A gynaecological expert said that if Vicky’s cancer had been diagnosed when she received her initial smear test in 2011, there would have been a 95 per cent chance that she could have been cured.
Her missed results first came to light in 2014 following an audit of a number of smear tests.
In the same year, she underwent a second smear test which indicated she could have cervical cancer.
She was diagnosed with cervical cancer in July 2014 and underwent an aggressive regime of radiation and chemotherapy over a five week period and had almost three years cancer-free until she had a routine scan in November 2017 which showed a large mass of lymph nodes attached to her aorta which is inoperable.
In January of this year, she was given between six and 12 months to live. Because she had already received the maximum dose of radiation, no further doses can be administered