Viking House to be built at Lady Chapel 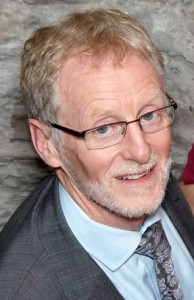 An interactive 3D experience will accompany the installation of a replica Viking House in the Lady Chapel on Bailey’s New Street, which was approved by Metropolitan District Councillors on Friday last.
The building is based on the design of 72 houses unearthed along Peter Street (in front of Debenhams), during the City Square build between 1988 and 1992.
It will be housed inside the Lady Chapel to prevent any vandalism, Councillors were told, but according to Eamon McEneaney (Waterford Museum of Treasures), the setting was wholly appropriate given that a Viking fort had stood on the site well before the Franciscans built the chapel still standing there.
Mr McEneaney hopes the project, which is supported with Fáilte Ireland funding as part of the ‘Ireland’s Ancient East’ initiative, will prove popular with school tours and attract a significant potion of the 90,000 annual visitors drawn by Waterford’s museum offering. Ideally, he added, the house will be in place in time for this year’s Winterval Festival. The use of the site has received the support of both the Franciscan Order and Bishop of Waterford & Lismore, Alphonsus Cullinan. The house will sit on ground level and is not expected to greatly disturb the existing ground within the Lady Chapel. A craftsman in Wexford who had previously built a Viking House in Glasnevin won the tender for the project.
The tender for the ‘Occulus Rift’ digital viewing experience that will be tied into the site, was awarded to a local company, with Mr McEneaney stressing that local tender awards for such projects were significant as it will allow for regular interaction between the relevant agencies.
The viewing technology will allow visitors to see into the past through a digital rendering of Viking times in the city. The building will be on site for a minimum of five years, Councillors were told and will be allowed to weather “just as it did in Viking times,” said Mr McEneaney.