Eoghan Dalton Reports
The circulation of an “eerie” anonymous leaflet about a candidate in Friday’s Local Election has been criticised by a cross-party group of politicians. A two-sided leaflet was mocked up to resemble an election leaflet from Una Dunphy and contained information regarding her “private employment details, Council billing information and internal union details”.
Ms Dunphy was the chairwoman of the City branch of the Teachers’ Union of Ireland (TUI) which was suspended last year following her criticism of the union’s management over its handling of matters within the Waterford and Wexford Education and Training Board (WWETB) and St Paul’s Community College. 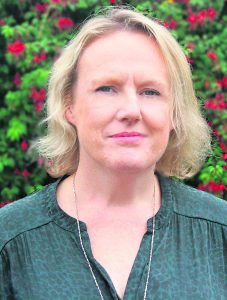 A new branch was elected after the fallout. The leaflet contained further information, gleaned from social media, about Ms Dunphy’s stances on taxation measures such as the water tax and her criticism of court prosecutions taking place on the basis of possession of trace amounts of cannabis. People Before Profit’s Waterford branch said it condemned the leaflet, “such tactics aimed at tearing apart a person’s good name rather than approaching any political debate”. Ms Dunphy said she sincerely thanked the candidates who alerted her to the “organised smear campaign” including Metropolitan Mayor of Waterford, Cllr Joe Kelly (Ind), Cllr Balise Hannigan (Ind) and Marc Ó Cathasaigh (Green Party).
“They passed the detailed leaflet onto me and offered solidarity against a scurrilous attack,” she said. “It is reassuring that others would see through the lies being peddled along with the skewing of politics discussed on social media accounts which appear to have been stalked for a considerable time.”She added that while she welcomes dissent and accepts criticism on her policies, “an anonymous attack sent in hope of support from others running against me, and the press, is intolerable.”“The produced leaflet has an eerie level of detail, most taken from social media accounts but there are details that would not be known regarding private employment details, Council billing information and internal union details, not public knowledge.”
Marc Ó Cathasaigh told this newspaper he received the leaflet last Thursday. “It was sent by post with a printed address sticker. I contacted Una immediately and offered to send images of the leaflet (which I subsequently did).” He added: “I have no interest in attack politics…Una and I agree on some things, and we disagree on others. But something we share is the decision to put ourselves forward for election. I’ve found moving from private individual to public figure something challenging to deal with. I have respect for anyone who makes that decision.Cllr Joe Conway (Ind) said he read the leaflet “for 15 seconds and tore it up and threw it in the bin”. Cllr Eamon Quinlan (FF) did likewise, adding that “whomever did it didn’t have the courage or integrity to put their name on it”.
Cllr Lola O’Sullivan (FG) said she did not receive the leaflet. The Tramore Councillor, who is a member of the WWETB board and the chairwoman of St Paul’s Community College’s board of management, denied any knowledge or involvement in the leaflet and “hadn’t heard anything of it” before being contacted by this newspaper yesterday (Tuesday) evening.