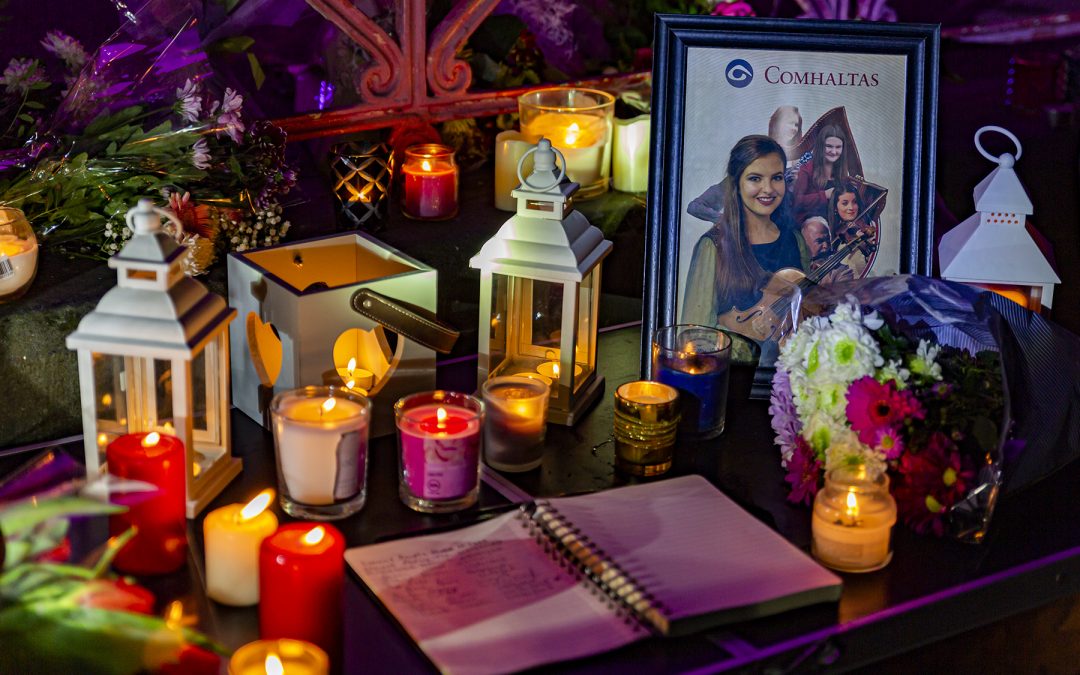 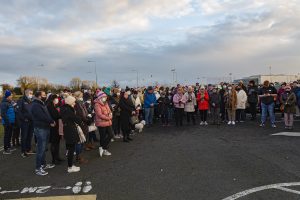 Crowds gathered at the Greenway at Carriganore on Saturday for a walk honouring Ashling Murphy.

Hundreds of people gathered in the candle lit grounds of The People’s Park on Friday evening to attend a vigil remembering the young Offaly teacher Ashling Murphy who was murdered while out running in the afternoon last Wednesday.

Women and men of all ages, children, dogs, all came together in hushed silence around the bandstand in the centre of the park to pay their respects to a young woman whose life was so viciously cut short. Many held candles aloft and a table bearing a framed picture of Ashling was placed in front of the bandstand, where a book of condolence also lay.

One of the organisers of the event, Michelle Haberlin, spoke of the need for women to not be afraid anymore. “We have avoided the night for so long. Now it’s time to claim it back. What you see here before you tonight is not the work of one. It is the work of many who came together at a moment’s notice because they too were touched by this loss. We stand together as a community to grieve. We hold a candle in the dark to let others know that women know longer want to be afraid of the shadows, we want to run without fear. Rest in Peace Ashling.” 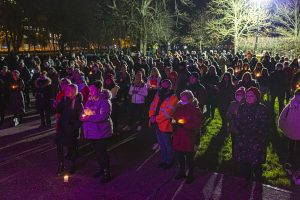 Fellow organiser, Leslie Hughes, thanked everyone for coming. “Every woman that goes out holds her keys tight or walks that little bit faster or looks behind her. And we shouldn’t have to do that. Nobody should have to do that.”

She urged anyone present on their own, to approach a steward. “If anyone feels uncomfortable or is alone, there are plenty of stewards around. Go to them and we can leave in groups. People are nervous, the park is very dark and we are very aware that emotions are high. This is a safe space. We need to create more safe spaces from now on.” 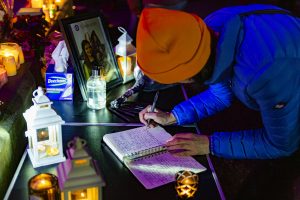 Signing the book of condolence in the People’s Park.

Meanwhile, on Saturday afternoon, crowds gathered near the cannon on the Doneraile in Tramore to pay tribute to Ashling. Almost 200 people attended the event and calls were made for an end to gender-based violence. While people engaged in private prayer, members of Comhaltas played music as a touching acknowledgement of Ashling’s own traditional music background.

And in a Carriganore a 5km walk/run in memory of Ashling took place on Saturday afternoon when again hundreds gathered to pay their respects. The event was organised by local councillor Frank Quinlan who raised the issue at the end of last week’s Plenary council meeting.

On his Facebook page, Cllr. Quinlan stated, “Women should be able to run or walk anywhere on their own and not run or walk from danger.” 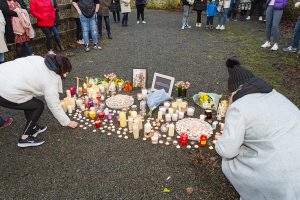 Candles on the Greenway in memory of Ashling.