Home » All Front Page News » A walk within Waterford

A walk within Waterford

Undoubtedly, the Covid-19 pandemic has focused minds on the simple things which we can no longer take for granted. The benefits of exercising, both physical and psychological, have never been more relevant.

However, the imposition of a 5km travel restriction meant many of us became perhaps overly familiar with a limited number of walking routes within our local area. Now that we can move more freely within our gorgeous county, we can utilise the attractions within our county boundary.

Across Waterford there are some wonderful walks which we are blessed to possess. A common theme amongst many of these routes is the impressive amount of community collaboration and volunteerism involved in their creation and maintenance.

Although our hospitality choices are still curtailed, we can plan ahead for when further restrictions are lifted. In the meantime, pack a flask and some sandwiches and enjoy the great outdoors of County Waterford. 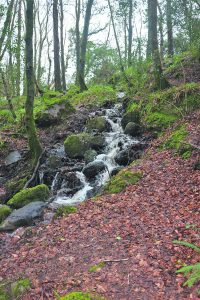 Crough Wood is a haven of tranquillity nestled beneath the Comeragh Mountains.

The creation of this superb walk was instigated by the hardworking Comeragh Community Development Group in a wonderful example of community collaboration.

Since opening, the amenity has proved hugely popular with local people and visitors alike. It has featured prominently in national media, including on RTÉ’s ‘Nationwide’.

The extension of the walk to Mahon Bridge was a significant addition to the tourism offering in this area of Mid County Waterford and complements surrounding attractions such as the Mahon Falls.

Another proposed phase of the expansion project will see the walk progress upwards to the Mahon Falls, while there are also aspirations to eventually link with the Waterford Greenway at McGrath’s Cross.

The gorgeous mixture of colours at Crough Wood, particularly during autumn, creates a magical wonderland which would rival any scene from New England in the Fall.

A welcome addition to the area last summer was ‘Crough Coffee’ from the team behind the successful ‘Coach House Coffee’ in nearby Kilmacthomas. The café proved hugely popular last year as a meeting point for locals and also as a pitstop for visitors exploring the surrounding attractions of the Comeraghs.

Another recent addition to the area is ‘The Dark Horse’ in Fews.

Artisan coffee is served from a refurbished horse box located between the church and primary school. The picturesque backdrop of the Comeraghs is a gorgeous setting for this business venture by local entrepreneurs. 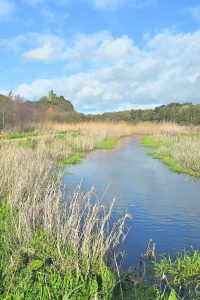 Anne Valley Walk, with Dunhill Castle in the background.

Dunhill’s Anne Valley Walk has been immensely popular since it was officially opened in 2013 – and it’s easy to see why.  The amenity offers a lengthy walk which is inclusive and accessible for all ages and abilities.

As it’s so flat, it’s hugely popular with a wide variety of people of various abilities.

The area is home to an abundant array of wildlife, including herons, kingfishers and otters and also possesses an impressive array of flora.

Heartened by the success of their initial phase from the outskirts of the village to Dunhill Castle, the hardworking local committee embarked on Phase 2 which opened in December 2018. This section allows visitors to travel from Dunhill Castle to Annestown.

Not content with sitting on their laurels, the committee aim to develop Phase 3 of the Anne Valley Walk in the near future.

This would stretch from the Ballyphilip Bridge to the townland of Glen and would go through another scenic area. It’s also envisaged that the walk could potentially link with the Waterford Greenway in the future.

The surrounding area has so much to offer, including Annestown Beach and Fenor Bog. 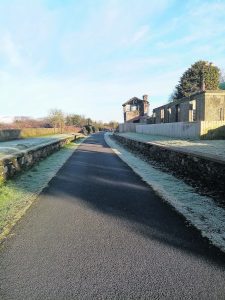 The train station at Durrow.

The Waterford Greenway was chosen as the route of choice for the opening episode, which received very favourable reviews.

As Enda Kenny outlined, there are numerous stretches of the Waterford Greenway which are worth exploring and which all possess their own individual charm.

For this writer, and clearly for many others also, the area of the Waterford Greenway which is dubbed the ‘Golden Mile’, and which stretches from Durrow to the Ballyvoile Bridge, is hard to surpass.

The Durrow tunnel has become a focal point and one of the Greenway’s most instantly recognisable landmarks. Viewers of ‘Iarnród Enda’ will have seen the talented Dordán choir singing here and making use of the impressive acoustics.

A particularly impressive feature along this section is the jungle style scenery visible on exiting the tunnel on the Dungarvan side.

The area is also steeped in history, as Garvan Cummins and Paddy Joe Maher both outlined in ‘Iarnród Enda’.

Both men also featured in The Munster Express recently after I spoke with them about the history of the area and their firm belief that Durrow Train Station should be renovated.  Their passionate for railway heritage and the history of County Waterford is inspiring.

The history of this remarkable rail line also featured in the excellent TG4 documentary ‘Scannáin Bhaile Andy’ which was broadcast recently and which focused on the vast photographic and video archives of Andy Kelly in Kilmacthomas.

The events of March 3rd 1921 represent just one chapter in the remarkable history of the ‘Golden Mile’. Infamously, the magnificent Ballyvoile viaduct was blown up on August 8th 1922 by the anti-Treaty IRA during the Civil War. The following January, a ballast train which had been engaged in repairs was intercepted by Republicans and sent back westwards towards the viaduct. It ended up at the foot of the viaduct, with the ballast carriages dramatically draped over the truncated embankment.

Such was the importance of the rail line that the Free State government deemed rapid reconstruction essential. Reconstruction took place using mass concrete and cast iron.

Travel on past the bridge for stunning views over Clonea Strand. Located near Clonea is ‘The Railway Cottage’. This charming premises has proved hugely popular since opening last year. A mouth-watering array of treats awaits visitors.

Tankardstown on the Copper Coast.

Although not a set walk, the section of the Copper Coast from Bonmahon to Tankardstown is definitely worth exploring on foot.

During the summer of 2015, I was delighted to participate in a walk with local resident Bruce Macdonald in which he retraced the mining heritage of Bonmahon.

Starting at the Copper Coast Geopark Centre, in the beautifully restored Monksland Church, his expertly guided walk brought us firstly to the park which details Bonmahon’s geological history.

Next, we headed along the Coast Road and stopped off at Stage Cove, also referred to as ‘The Slip’, from where copper was shipped to Wales.

Back on the R675, we proceeded along one of the most scenic areas of the Copper Coast (and perhaps all of Waterford) to reach the Tankardstown Engine House which was built around 1860, and was used for pumping water out of the copper mines and winding ore up from the depths.

With the stunning backdrop of the Comeragh Mountains, combined with the dramatic sight of the Copper Coast’s cliffs, it would be hard to find a more picturesque location.

On completion of the walk, we returned to the Copper Coast Geopark Centre to learn more about the history of the local area and also enjoy some of the offerings from the centre’s café.

Bonmahon is now also home to ‘The Engine House’ which opened in the village shortly before the pandemic and did great trade last summer in its outdoor area which is conveniently located near the beautiful beach. 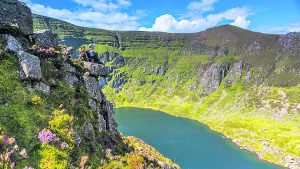 Coumshingaun in the Comeragh Mountains is regarded as being one of the finest examples of a corrie lake and attracts outdoor activity enthusiasts of all ages. The Coumshingaun Loop Walk, which begins at Kilclooney Woods and travels around the lake, is hugely popular with locals and tourists alike.

Despite having completed this hike on countless occasions, it never fails to impress. For a different perspective I recently completed a sunrise hike which proved truly breath-taking.

Influencer Roz Purcell ranks Coumshingaun among her favourite Irish hikes and has regularly featured and promoted it in her social media posts. In fact, photos of the amphitheatre-like area have been widely shared on social media sites worldwide and it has become one of the ‘go to’ places for anyone seeking an impressive Instagram photo.

The popularity of Coumshingauan has proved problematic in some regards, with parking and access an ongoing issue at Kilclooney Woods. This situation is likely to be exacerbated this summer if Waterford once again experiences a surge in staycation visitors.

Anyone who has completed this hike will definitely deserve a coffee. Check out ‘Comeragh Stores’ in nearby Rathgormack, run by members of the Amish-Mennonite community, for some delicious home baked treats. A personal favourite of mine are the lemon drizzle cupcakes which will leave you with a taste for more. 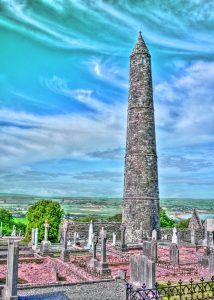 The Ardmore Cliff Walk has it all – stunning scenery and intriguing history and heritage.

Start with morning coffee at the multi-award winning Cliff House Hotel where you can admire the panoramic views across Ardmore Bay.

Begin the Cliff Walk by heading towards Ardmore Head and Ram Head and stop off at St. Declan’s Well, a place of pilgrimage for thousands of years. There are numerous historical features of interest along the Cliff Walk, including the old coastguard station and the ‘Sampson’ shipwreck.

As you head back towards Ardmore, the Round Tower, which is one of the best-preserved towers in Ireland, makes for an imposing sight. Enter the graveyard and walk around the tower to truly appreciate its size and scale.

During a visit last summer, I was intrigued to discover the memorial within the graveyard for all those who died in the SS Ary tragedy. Eleven sailors were laid to rest in the cemetery in February 1947 following the loss of the steamship off the County Waterford coast.

Fish and chips from ‘Shipmates’ is the perfect way to round off a day in beautiful Ardmore. 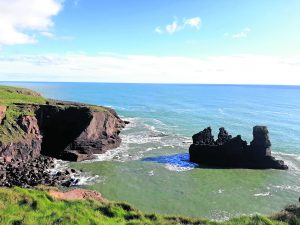 The scenic coastline on the Dunmore Coastal Walk.

Starting at the back of the Old Convent in Dunmore East, this scenic route meanders towards the picturesque Portally Cove where you can take a dip in the sea. There are beautiful views en route across the sea and towards Hook Head.  The route features some of the finest coastal scenery to be found in Ireland and even includes what is thought to be Ireland’s longest sea cave at Rathmoylan Cove.

The recently extended route now stretches towards Ballymacaw. More phases are planned, including the further development of walking trails at Cheekpoint and Passage East. It’s hoped that a route could eventually be created which would link Dunmore East, Portally and Ballymacaw with Brownstown, Tramore and the Copper Coast.

Within the village, the Dunmore Woods loop is also well worth exploring – and it goes without saying that Dunmore has no shortage of top-class eateries.